It has been an incredible season for 29-year-old jockey Matt Griffiths, capped by a first Grade 1 victory aboard the Jeremy Scott-trained Dashel Drasher in the Ascot Chase last month.

There is every chance that that will not be the only first to come his way in this campaign as he has an excellent chance of a first Cheltenham festival success too on the Nicky Martin-trained Bear Ghylls in the Ballymore Novices Hurdle.

The west-country rider may have another couple of outside chances as well in the Cotswolds, and he sat down for Betfred’s Festival Focus show to discuss his chances of that first success and give his view on the championship races of the week.

There was only one place to start though, and that was with that incredible success at Ascot last month and the future for Dashel Drasher...

“You can’t stay on cloud nine too long in this game and I was back down to earth at Newbury on Sunday, and I was on a 200/1 shot at Taunton the following day, but it was a brilliant day and one I’ll never forget, for sure.

“I don’t know how good he can be as he keeps pulling himself up after the back of the second last. He was very tired after his previous win at Ascot and lay in his stable for three days as he had a hard race that day, but he felt like he had plenty left then and even last time in the Grade 1 he pulled himself up so there is no knowing how far he can improve.

“I was conscious not to press on too early as that is when he pulls himself up, but what impressed me was how slow he was from the back of the last at Ascot and picked himself up as he did. To go away and win like he did was mighty impressive.

“It’s up in the air where he goes next. I would say at the moment he’s probably favouring Aintree as there isn’t a lot of time and has had a hard time, and probably had a harder race than we think he has had. He’s won over hurdles at Cheltenham, so it’s not to say he won’t suit there but I think if he goes anywhere he goes to Aintree. But that might be him done for the year, put him away and ready for next year “ 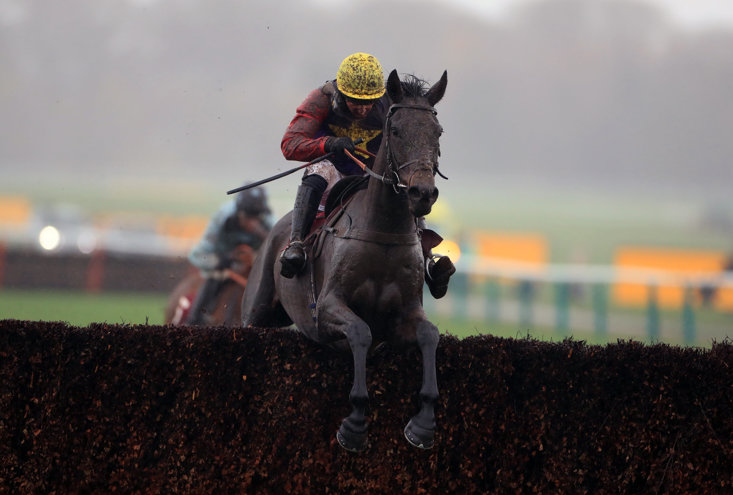 MATT ON DASHEL DRASHER AT HAYDOCK IN NOVEMBER

So that’s the past, let's look ahead to the present and a huge chance with the unbeaten Bear Ghylls in the Ballymore.

“He is very exciting and is probably the most exciting young horse at this stage that I ever sat on. He has been faultless in all his wins and I know his jumping leaves a bit to be desired, but he gets from A to B and we school him at home twice a week and he is brilliant. We will do some more with him in the next fortnight running up to Cheltenham.

“He’s going there unbeaten and is one of the top three UK horses for that race. It’s gong to be a hard race but provided he gets a clear round and everything goes well then he should be in the shake-up.

“I was very impressed with him, and all the lads in the yard were telling me he was an aeroplane before his debut. But I didn’t really pick up on it and he goes and wins by 20 lengths, green, pulling himself up and not really knowing what to do.“To date his Lingfield run stands out to me as he did everything wrong and still won doing handstands, and the form of that race has worked out ridiculously well. You look at his races, the bumper, Ffos Las and Lingfield, there are winners all over from those up to about eighth, so I think his form is very strong.”

Is quicker ground at Cheltenham a concern?

“I wouldn’t say so you. At Exeter when he won it wasn’t actually that bad. It was verging on a bit quicker than soft, and the extra couple of furlongs will help him. He is always doing his best work at the finish so two miles five furlongs will be up his street. 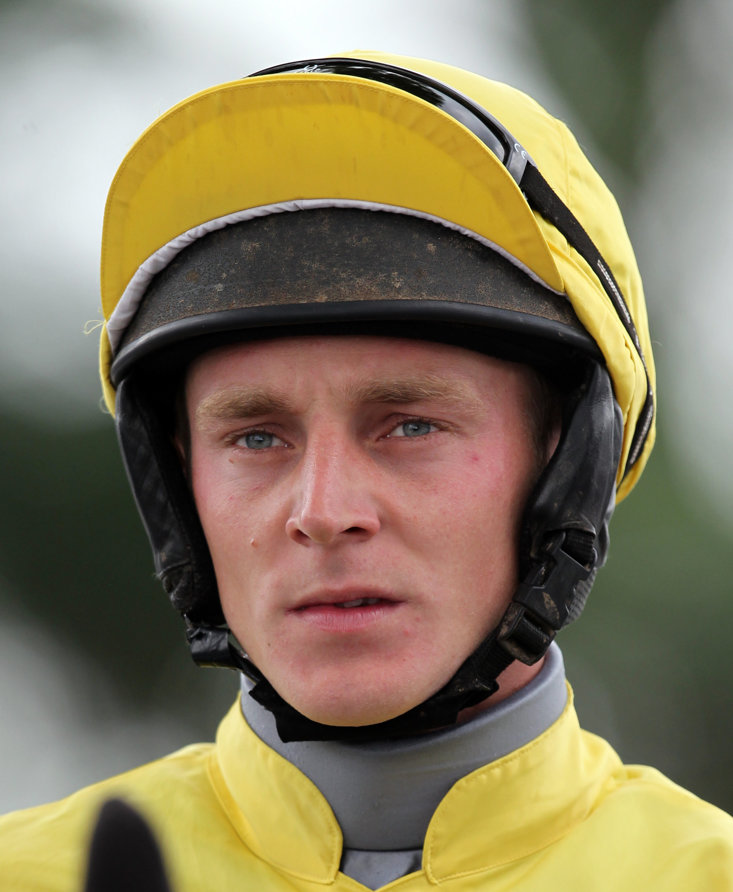 MATT HAS HAD A GREAT SEASON TO DATE

Champagne Court is another horse destined for the festival with entries in both the Plate and the Martin Pipe, a race he was fourth in two years ago, and I think he may be well-handicapped at present.

“I would say he will go for the Plate if he goes there. I don’t know what happened at Wincanton when he jumped awful, never jumped a twig (pulled up after a circuit). I have ridden him twice at Newbury since and said to Jeremy Scott to put cheekpieces on him and he jumped beautifully at Warwick. He’s definitely going the right way and, with a bit better ground, he is well-handicapped and it’s been a case of getting his confidence back after Wincanton, I don’t know what scared him that day.

“I thought he ran a nice race at Warwick the other day. The runner-up was fourth to Dashel Drasher so the form is strong, so hopefully he has got his confidence and I would say we’re likely to see him over fences instead of hurdles.”

What are your thoughts for Champion Hurdle?

“Even with no crowd there will be a fair roar if Jamie Moore is in front on Goshen after what happened last year, because he is a very popular fellow and I would love to see Goshen win.”

Is the Champion Chase all about Chacun Pour Soi?

“I think it’s his race to lose. Which Altior will turn up? I’m not so sure. I don’t think since him and Cyrname had that match at Ascot either have been the same and they bottomed each other out. Altior got beaten at Kempton by Nube Negra and he could be a lively outsider but Chacun Pour Soi is the one to beat.”

How do you see the Stayers’ Hurdle?

“I like Thyme Hill. You probably saw Richard Johnson’s reactions after Ascot, he was gutted he got beaten. I think he thought the race was his. You’ll probably see him not hit the front as soon, not that I think it made a difference at Ascot, but I think Dicky will bide his time a little longer. Paisley Park is a super horse who comes late but I think Cheltenham suits Thyme Hill and I would love to see him win.”

And finally, is the Gold Cup all about Al Boum Photo?

“Al Boum Photo going for a third win, which we know is difficult, but his form speaks for itself and he is the one to beat. But I like Champ. I was really taken with his reappearance run at Newbury and I think Nicky has kept a bit up his sleeve running him over two miles, sharpen him up. He probably just got out-sped on the back of the last, but I really fancy Champ to serve it up to them.”

If there is one horse you would love to ride at Cheltenham this year, which one would it be?

“I think it’s got to be Envoi Allen. His form is ridiculous, I’ve been very impressed with him over fences. He’s electric to watch and is clearly an exceptional horse.”

The full interview with Matt Griffiths for Festival Focus is available from 7pm on all of Betfred Facebook and YouTube channels.