Floyd Mayweather is set to return to the ring once again, the undercard for Tyson Fury vs Dillian Whyte has been announced and Oleksandr Usyk has opened up on the war in Ukraine ahead of his rematch with Anthony Joshua. Here are five boxing stories you might have missed this week.

Mayweather To Take On Former Sparring Partner In Dubai

Floyd Mayweather is set to return to the ring for yet another exhibition fight and it will take place on a helicopter landing pad outside of Dubai’s Burj Al Arab Hotel.

The five-weight world champion, 45, will take on former sparring partner “Dangerous” Don Moore, an undefeated featherweight (18-0-1) who fought professionally between 1999 and 2016.

The event is being dubbed “The Global Titan Fight Series” and it will be over eight rounds, with Mayweather vs Moore set to be the main event in the first show of the series. MMA legend Anderson Silva will also feature on the card, taking on Brazil’s Bruno Machado, while former super-middleweight and light-heavyweight champion Badou Jack is also expected to make an appearance.

Mayweather retired in 2017 after beating Conor McGregor to extend his professional record to 50-0, but he has fought two exhibitions since hanging up his gloves. In 2018, the American stopped Japanese kickboxer Tenshin Nasukawa inside a round and more recently, in June last year, he was taken the distance by YouTuber Logan Paul. 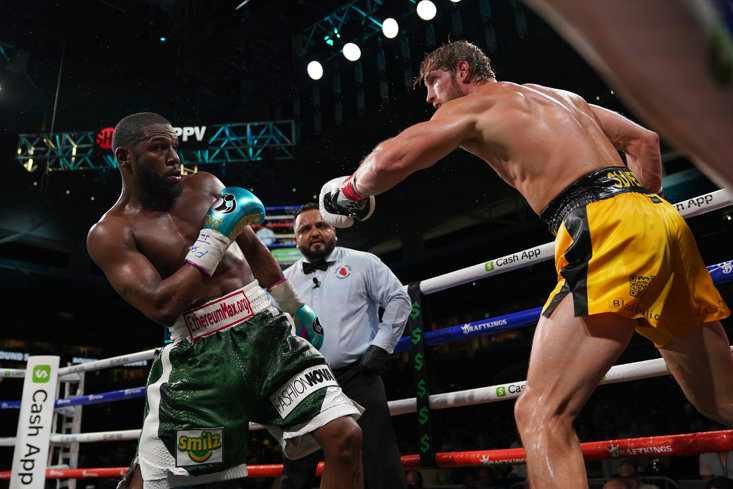 Santa Cruz hasn’t actually defended his 126lbs title since February 2019, cruising to victory against Rafael Rivera. Wood, meanwhile, picked up his “world” strap against Xu Can last year, before defending it in a 2022 Fight of the Year contender against Michael Conlan last month. The Nottingham fighter came from behind on the scorecards to deliver a devastating last round knockout.

The WBA said in a statement: “Both teams will have 30 days to negotiate the bout from the moment the communication was sent to them Wednesday, April 6.

“In case they do not reach an agreement or any of the parties refuses to close the negotiation, the WBA Championships Committee may open the bout to purse bid pursuant to its rules.”

Unified WBA, IBF and WBO heavyweight champion Oleksandr Usyk has opened up on the Russian invasion of Ukraine in his first interview since leaving his homeland to train for his rematch with Anthony Joshua.

Usyk was in England when Vladimir Putin invaded Ukraine, but the former undisputed cruiserweight champion returned home and joined a local territorial defence force in Kyiv

“Luckily I did not see much of war,” Usyk told Blockasset. “But what I see and what I know from my relatives and my friends is terrible.

“Some of my friends are missing and we do not know where they are now.

“Many of my relatives lost their homes, and lost their friends and loved ones.

“Frankly speaking, all that is going on now is quite horrible in Ukraine.

“Every day I pray for the soonest possible end of this horror.

“In comparison with war, boxing is child’s play.”

After much consideration and gaining permission, Usyk decided to leave the country to focus on the rematch. Something that was supported by other two members of Ukrainian boxing royalty - the Klitschko brothers.

“I had a talk with them and they both – Vitali and Wladimir – supported me in my decision to start training for my next fight.

“Although it was not easy for me, I took such a decision, so now I am here and I have already started preparation for the rematch with Anthony Joshua

“Now I want to concentrate as much as possible on my preparation.Because at the moment I cannot stop thinking about the war, about my friends in Ukraine.

“And I have to get rid of such thoughts as much as possible in order to be prepared well for the Anthony Joshua fight and be able to glorify again my God and my native land.” 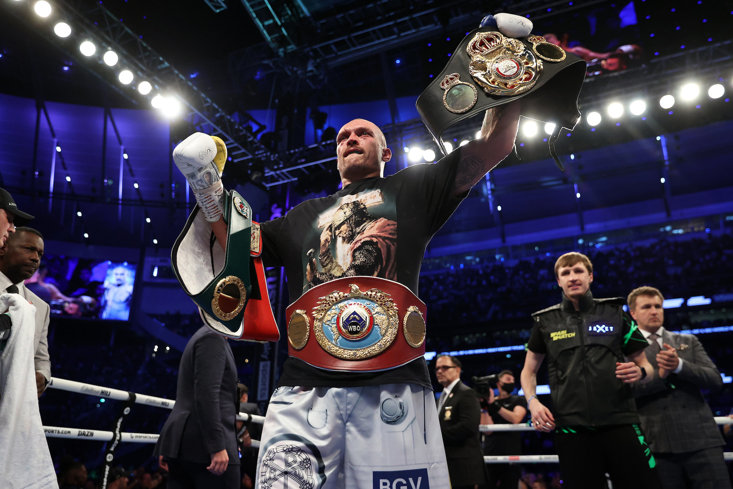 Tommy Fury is set to feature on the undercard of his brother Tyson Fury's world heavyweight title bout against Dillian Whyte at Wembley Stadium. ‘TNT’ continues his light-heavyweight journey when he takes on Poland’s Daniel Bocianski in his eighth professional contest.

Promoter Frank Warren said: “I am delighted that Tommy Fury will get to share some of the spotlight with his big brother after missing out on his big fight (vs Jake Paul) last year through illness.

“If Tommy keeps on winning and continues to shine, his big opportunities will soon follow.”

The undefeated David Adeleye meets Stockport's Chris Healey with Karol Itauma vs Michal Ciach and Royston Barney Smith vs Michael Walton filling out the rest of the undercard.

Lee Selby Hangs Up His Gloves

The 35-year-old made the announcement on social media following his defeat to Gustavo Lemos at the end of March, the first time in his career he has ever been stopped inside the distance.

Selby, Wales’ 12th and most recent world champion, says that he has no regrets, and leaves the sport happy, healthy and with his family financially secure.

‘The Welsh Mayweather’ - a tongue-in-cheek moniker alluding to the stacks of talent Selby brought to the ring - ticked pretty much every box on the boxing bucket list since turning pro in 2008, picking up titles at Welsh, Celtic, British, European, Commonwealth and World level. 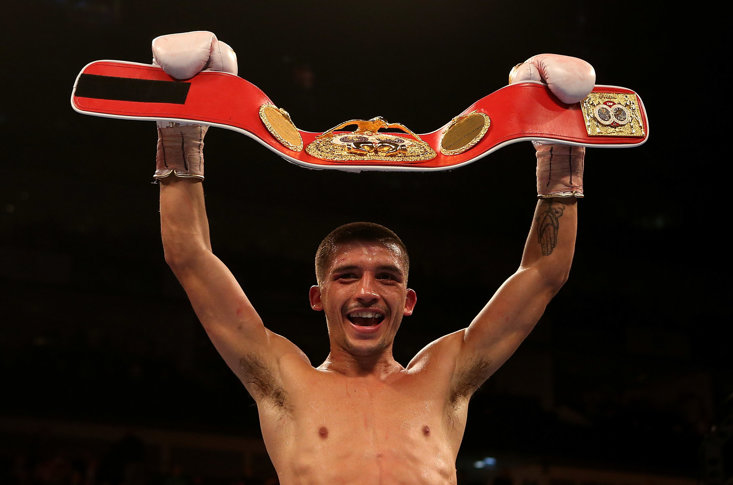 In a statement, Selby wrote: "Of my 32 professional contests, 22 of those bouts were either title fights or 12-round contests. I am proud to be the 12th Welshman to win a world title and my name will now forever sit in the record books alongside those great fighters. When I look back on my career, I have realised everything I set out to achieve.

"My biggest thank you goes to all my fans, your support over the years has been incredible. I exit the ring with no regrets, happy, healthy and with my family financially secure. Boxing has been my life and I am sure my involvement in the sport will continue in the years to come as I look to set new goals."