Everton’s hopes of challenging for the top four suffered a major setback as they lost 2-1 at home to Burnley on Saturday evening after gifting the Clarets a two-goal lead within the first 25 minutes.

Tom Davies was easily dispossessed for the opener and the visitors attacked with vigour, feeding the ball to Chris Wood who turned unchallenged to find the bottom corner of the net on 13 minutes. Toffees midfielder Davies let out a roar of frustration as the ball hit the net, but his teammates probably could have done more to deny the New Zealand international from firing home.

Things went from bad to worse for Carlo Ancelotti’s men soon after. Dwight McNeil and his sumptuous left foot were afforded all the time in the world in the centre of the park and, after jinking in and out to set himself, the winger unleashed a beautiful, curling strike right between the angle of post and crossbar to find the top corner and give Jordan Pickford no chance in the Everton net.

The home side replied through Dominic Calvert-Lewin just after the half hour mark, as the striker notched his 14th goal of the campaign, his first in four games after a mini drought. Davies redeemed himself with a pin-point cross which the Toffees number nine hammered home with his head.

Everton’s goalscorer had the chance to double his tally in the second half but miscued another header, directing it wide. The Blues pushed and probed without really penetrating the Burnley rearguard, and Everton succumbed to defeat. 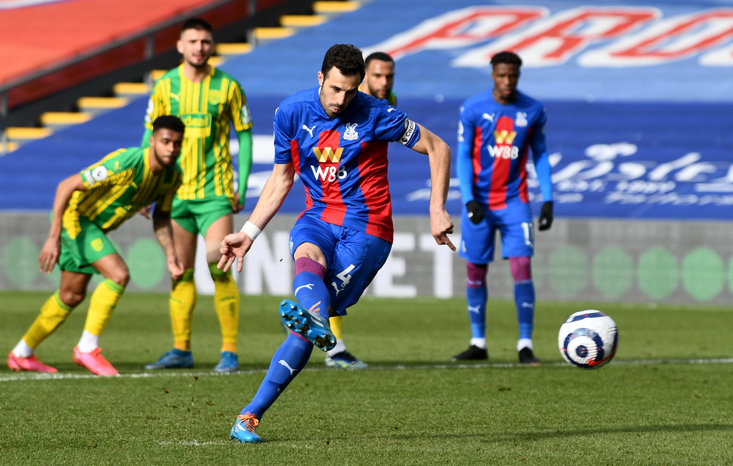 Earlier, in Saturday’s 3pm kick-off, West Brom dropped closer to relegation to the Championship after losing 1-0 at Crystal Palace.

West Brom boss Sam Allardyce, who replaced Slaven Bilic in December, has failed to improve the club’s fortunes, winning just twice in three months. "There's 27 points available and 20 needed," the manager told Sky Sports after the game. "We can only really afford to drop seven points.

"I'm left frustrated because of the players' efforts not being rewarded, and that's a consistent analysis from me."