Lionel Messi may have two years left on his current Barcelona deal but he could leave this summer for absolutely nothing.

That’s because of a clause in his contract stating he can leave on June 30 if he so chooses.

Barca inserted the gentleman’s agreement in a clause as part of Messi’s last extension, which he signed in 2017.

The Catalan giants are surely one of the only football clubs in the world who could arrange such a deal and afford such a giant risk, keeping faith that a prized asset will want to remain.

It is an astonishing and bold move; Barcelona are not only risking hundreds of millions in transfer money but also their best player, star name and greatest marketing tool.

While Real Madrid cashed in on Cristiano Ronaldo, flogging him to Juventus in a €100million deal, bravely, or rather naively, foregoing his huge impact in order to make cash as he approached the end of his career, Barca have no intention to follow suit.

Without him due to injury so far this season, Barcelona sit eighth in La liga, with only four points from four games.

Despite the fact Messi turns 33 next summer, he remains integral to Barca's plans. 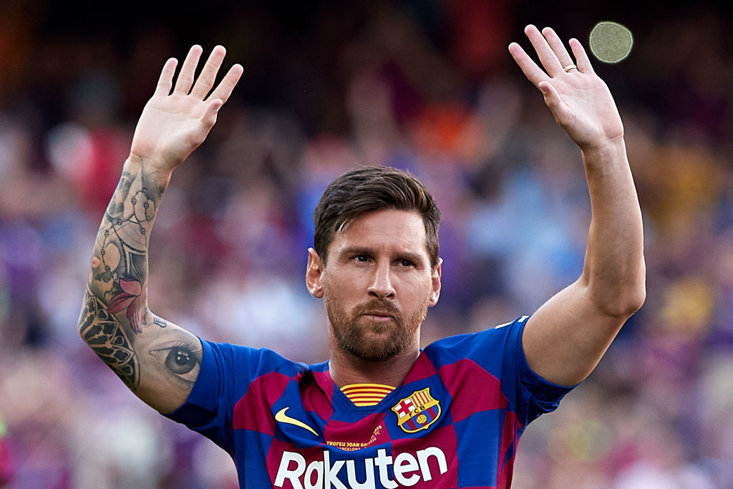 Behind the scenes, the club are desperately hoping he stays, and are already preparing to offer him a ‘lifetime’ contract.

Should the worst happen though, from a Barca perspective, and he decides on a new challenge, what are his options?

Well, it is understood in Spain that while Messi can elect to exit the club, he would not be allowed to join a team in Europe. Stand down Manchester City, PSG and Co, it ain’t possible - on a free at least!

So, where could he go?

Messi has expressed an interest in returning to Argentina with childhood side Newell’s Old Boys, which would be a real fairytale ending to the most storied football career.

However, with a dearth of cash on offer, he could go to China in a mega-money move.

Or perhaps the States? That’s where David Beckham’s Inter Miami are set to kick off their new era in 2020, the same club who have reportedly already offered Messi’s Barca team-mate Luis Suarez a lucrative four-year deal.

This sort of agreement isn’t the first for Barcelona.

Legends Carles Puyol, Xavi and Andres Iniesta, all had similar deals, allowing them to leave for free as they entered the final years of their career.

While Xavi left for Qatar in 2014, Iniesta made an exit for an adventure in Japan last season, joining Vissel Kobe.

As for Messi, Barca will be hopeful he extends his commitment as he continues to operate at the peak of his powers.

While everyone at Camp Nou will understandably be nervous for as long as he doesn’t sign fresh terms, they will be hoping the bond between Barca and Messi remains strong enough for him to stay.