Lionel Messi scored and broke yet another Barcelona record but for once, this had nothing to do with him finding the back of the net. His rival Cristiano Ronaldo didn't have a great weekend in Serie A, Bayern battered yet another team in the Bundesliga and elsewhere on the continent, a goalkeeper scored an injury-time equaliser. It's all been going on.

Here's your round-up of this weekend's European football.

Lionel Messi made his 768th appearance for Barcelona as the Catalan giants gave manager Ronald Koeman the perfect birthday present by romping home to a 6-1 win at Real Sociedad on Sunday. The iconic number ten moved one match clear of Xavi's total and marked the milestone with a brace. Antoine Griezmann, who was born on the same date as his coach, celebrated turning 30 with a goal too. Right-back Sergino Dest got in on the action with two strikes of his own while Ousmane Dembele also netted.

Despite the emphatic victory, Atletico Madrid remain four points clear at the top of the LaLiga table with a 1-0 win over Alaves courtesy of Luis Suarez’s 500th career goal. Rivals Real kept the pressure on in third place too as Karim Benzema scored twice and Marco Asensio struck one in a convincing 3-1 win at Celta Vigo.

The greatest drama in Spain though happened at Real Valladolid as Sevilla goalkeeper Yassine Bounou went up for a corner and scored a 94th minute equaliser to rescue a point as his side moved ten clear of Sociedad in the race for the top four. What was equally impressive was Bounou’s ability to remove his shirt in celebration while wearing goalkeeper gloves. 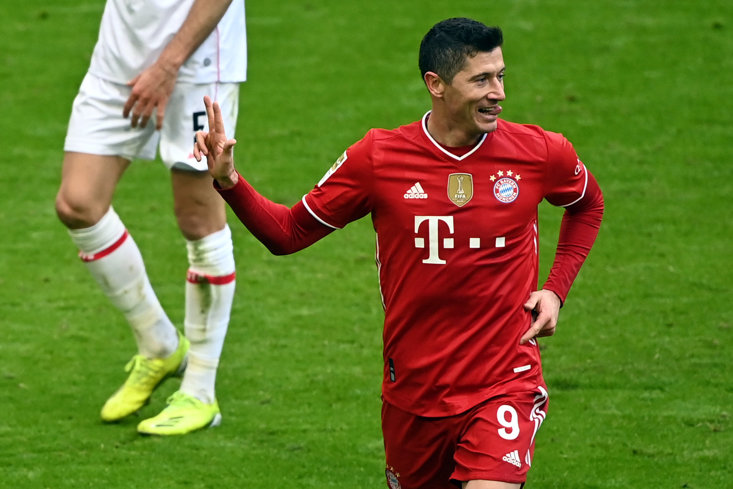 Bayern Munich hammered Stuttgart 4-0 on Saturday despite playing with ten men for 78 minutes following Alphonso Davies’ dismissal. Robert Lewandowski netted a hat-trick in 22 first-half minutes with Serge Gnabry getting another to ensure the Bavarians stay four points clear at the top.

Second-placed RB Leipzig won’t go away without a fight though beating Arminia Bielefeld 1-0 through a Marcel Sabitzer goal.

Elsewhere, Borussia Dortmund lost ground in the hunt for Champions League football and needed Erling Haaland to score in the last minute to claim a 2-2 draw at Koln. Wolfsburg in third and fourth-placed Eintracht Frankfurt both won, beating Werder Bremen and Union Berlin respectively to pull away from BVB.

Bottom club Schalke, who are 14 points from safety with only eight games to play, took another beating, this time 3-0 at the hands of Borussia Monchengladbach and now have a -53 goal difference having managed just 16 goals themselves all season. Crazy to think, they reached the Champions League last 16 in 2019 and are now almost certainly set for second division football.

Juventus And Ronaldo Lose At Home To Serie A Strugglers

Inter’s match with Sassuolo on Saturday was postponed after a rising number of Coronavirus cases. Defender Stefan de Vrij and midfielder Matias Vecino were the latest players to test positive for Covid-19, according to reports.

With the Serie A leaders out of action, that gave the chasing pack an opportunity to cut the deficit at the top and add some pressure heading into the business end of the season. However, while Milan took full advantage with a 3-2 at Fiorentina to move six points behind Inter, things didn’t go to plan for Juventus and Cristiano Ronaldo who drew a blank and lost their fourth league game of the season at home to relegation battlers Benevento.

That 1-0 defeat allowed Atalanta to go level with the Bianconeri as they claimed a 2-0 win at Hellas Verona. Napoli also triumphed 2-0 against Roma at Stadio Olimpico to move three points clear of the club from the capital. 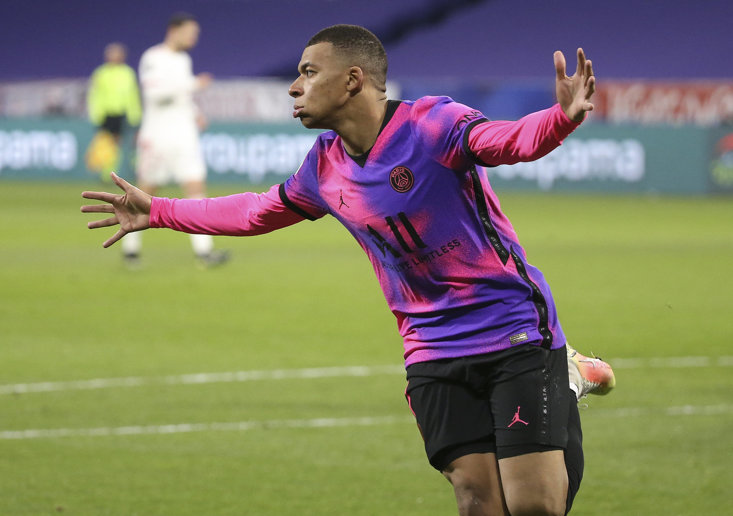 PSG are back at the top of the Ligue 1 table. For weeks they have failed in their pursuit to get above Lille but finally got back to the summit on goal difference with a 4-2 win at Lyon while their title rivals suffered a shock 2-1 loss at home to Nimes who remain in the relegation zone despite the victory.

The Parisiens were 4-0 up on 52 minutes thanks to a double from Kylian Mbappe and goals from Danilo Pereira and Angel Di Maria. Islam Slimani, who arrived at Lyon from Leicester in January and Maxwel Cornet netted for the visitors but couldn’t spark a comeback.

That defeat meant Monaco moved to within a point of third place with a 4-0 thumping of St-Etienne; former Manchester City forward Stevan Jovetic setting them on their way with the opener.

Over in Holland, Ajax were handed a major boost in the Eredivisie title race and went eleven points clear after PSV lost 2-0 at AZ Alkmaar. The Amsterdam club hammered ADO Den Haag 5-0 in the Dutch capital while Alkmaar and PSV are now tied on 55 points.

Vitesse in fourth and Feyenoord in fifth each had to settle for a point, drawing at home with Willem II and FC Emmen respectively.

Porto And Benfica Win But Still Way Off Sporting

Sporting maintained their ten-point lead at the top of the Portuguese Primeira Liga with a 1-0 win over Vitoria Guimares as young defender Goncalo Ignacio netted the only goal of the game.

Second-placed Porto, who will take on Chelsea in the Champions League quarter-finals, won 2-1 at Portimonense courtesy of two own goals while Benfica jumped upto third, claiming a 2-0 triumph at Braga and leapfrogging them in the process.