Football
News
Both on and off the pitch, Lionel Messi is simply irreplaceable at Barcelona
Simon Lillicrap
15:55, 15 Jul 2021

Lionel Messi’s love affair with Barcelona will continue. Briefly, last summer, it looked as if the Argentine may cut his ties with the Catalan club, but now, he is set to sign a new five year deal.

Barcelona’s finances are chaotic. Antoine Griezmann, who they signed for €120m last summer from Atletico Madrid, is now being offered back to La Liga’s champions as part of a swap deal for Saul Niguez. Coutinho, who they bought from Liverpool for €160m, could also be offloaded after rarely featuring, alongside the likes of Ousmane Dembele, Miralem Pjanic and Samuel Umtiti, who are costing the club too much money in wages.

This is a firesale unlike anything we have seen before at one of Europe’s major clubs. Memphis Depay and Sergio Aguero, who have joined on free transfers, are unable to be officially registered as Barca players because as it stands, they simply cannot afford to pay their wages. That is almost unprecedented.

The finances have been so wrong for so long that Messi’s new contract will see him earn half of what he used to. His wages were astronomical, a reported £123m last season, and like Aguero and Depay, his contract can only be confirmed once other players have departed.

Barcelona are moving mountains to make sure their star man stays, and with good reason. For years we have heard managers such as Sir Alex Ferguson talk about how ‘no player is bigger than the club.’ They used to be right, but in 2021, it seems Messi is bigger than Barcelona.

Of course, there are on the pitch benefits to having the greatest player of all time play for your club, 36 percent of trophies won by Barcelona in their history have been with the Argentine in the team, but perhaps the off-the-field benefits are even more important. 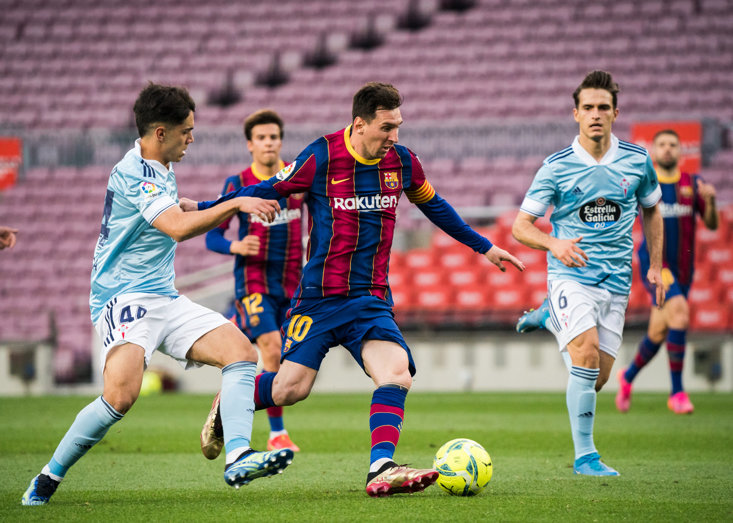 Ivan Cabeza, a Spanish economist, estimated in Marca that Messi generates between €130m and €200m every single year for the Nou Camp club. That means that even on his old contract, he was earning more for Barca, than he was taking from them - and that is only the tangible stuff. If he plays in a friendly, the club gets more money than if he doesn’t, if he heads up an event for a sponsor, they will pay more for the privilege.

Here is a stat for you: eight out of every nine shirts sold by the club have ‘Messi 10’ on the back of them. That alone has been worth €20m every single season to the club. He is a money making machine.

But the point on sponsors was particularly pertinent this summer as with no guarantees he would be there, club sponsors Beko and Rakuten were able to agree one-year extensions at a much lower cost - as much as 50 per cent in Beko’s case. That is perhaps a warning sign for Barcelona’s future finances once Messi has retired.

But what about the intangible benefits Messi brings to the club and the entire city? It’s estimated that before the pandemic, 5-10 percent of tourists in Barcelona were primarily interested in going to the Nou Camp - and watching the six-time Ballon d’Or winner is clearly a huge reason for doing so. The ticket sales made from those tourists bring huge financial benefits for the club, and how many people wouldn’t bother travelling if Messi wasn’t there? Only his eventual exit will give us the answers.

Then we come to social media. On average, every post involving the captain gets more engagement and reaches more people than one without him. How many of Barca’s 37.3m followers are following for him rather than the club? In the modern era when young fans are more drawn towards superstar players than clubs, Messi is irreplaceable at Barcelona.

Griezmann, Dembele and Sergio Busquets may all be big names in their own right, but their financial contributions to the club fade into insignificance when compared to Messi. On the pitch he is magisterial for Barca, off the pitch they simply couldn’t afford to lose him.