Darts’ biggest summer event returns to Blackpool for the first time in almost two years as the Betfred World Matchplay gets underway this Saturday at the iconic Winter Gardens. While a number of fans will be allowed to attend over the weekend, Monday’s action, coming after the lifting of Covid-19 restrictions in England will see a full house cheer on Michael van Gerwen once again.

“It means a lot,” Van Gerwen has told Betfred. “Probably goosebumps again - we had a bit of a crowd for the Premier League finals but to have a full crowd at the matchplay again is a bit not realistic [doesn’t feel real] anymore as it has been so long! I’m looking forward to it.”

The current world number three hasn’t won this tournament since 2016, but believes a raucous crowd could be just what he needs to get back to winning ways, as he faces Australian debutant Damon Heta on Monday night.

“Yeah, I think with the crowds, with the pressure, it makes me normally a better player. Lately we have long gaps between tournaments when we normally play week after week. You need to get used to the new system which has been a bit different for everyone, but my game has started to pick up and I want to do some good damage in this matchplay.”

The famous Dutchman will be looking to perform much better than he did last year in Milton Keynes as Simon Whitlock beat him 11-4 in the second round, and is keen to make sure hard work can get him back on track in Blackpool.

“It is weird because I love the tournament,” Mighty Mike admitted. “I love the format and everything but to be fair the last two years I have underperformed, simple as that. Of course that can happen but you need to make sure you do something against it and that is working hard.

“I don’t have to prove anything. People know what I am capable of, I only want to do it for myself and the fans and those around me, that is the most important thing. You just have to work hard, nothing is coming automatically.” 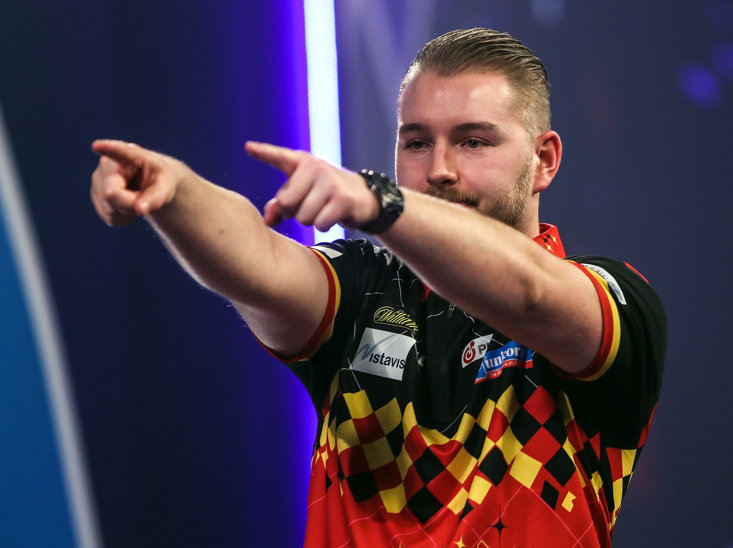 Saturday will see defending champion Dimitri Van den Bergh begin his title defence against debutant Devon Peterson after his win against all the odds last year. The Belgian beat Nathan Aspinall, Adrian Lewis and Glenn Durant on his way to the final where he won his first televised ranking title with an 18-10 win over Gary Anderson. He is 12/1 to repeat the feat while MVG is currently the favourite.

Dave Chisnall and Vincent van der Voort will experience the nerve jangling noise as they contest the first match back in the Empress Ballroom. Opening night will also see Order of Merit leader Gerwen Price (5/1) face Jermaine Wattimena, while Premier League winner Jonny Clayton takes on the Netherlands’ Dirk van Duijvenbode. It promises to be an opening night that will certainly get us off our feet.

James Wade, Rob Cross and 2017 runner-up Peter Wright are all in action on Sunday before Grand Slam of Darts winner Jose de Sousa (7/1) takes to the stage. But all eyes will be on MVG on Monday night, and more importantly a capacity crowd at a sporting event. We simply cannot wait.