In a world where statistics are, rightly or wrongly, used to make up the majority of footballing judgements, sometimes it is refreshing to just sit back and watch a player to see if they pass the eye test. For West Ham, even though his statistics are impressive, what Michail Antonio brings to the side is simply unquantifiable. His impact goes beyond the numbers.

Antonio’s speedy return from a recent knock not only makes West Ham genuine top-four contenders but also transforms the way they play. When he missed a run of games late last year, David Moyes was forced to play Sebastien Haller up front, and despite the rest of the talent on the pitch remaining the same they looked a completely different side. The Ivorian’s January departure was confirmation he hadn’t made the grade in the Premier League, despite the opportunities he was afforded.

As Antonio came back into the side, results and performances immediately began to improve. His pace, power and presence up front gives defenders the option to play the ball into the channels for him, or play the ball long for him to hold up and bring others into play. He is the complete striker, which is a remarkable feat given that for so long he never had a defined position. A winger, converted into a full-back, then playing from the left or right, he has finally found his calling as a powerhouse of a striker with a clinical edge. 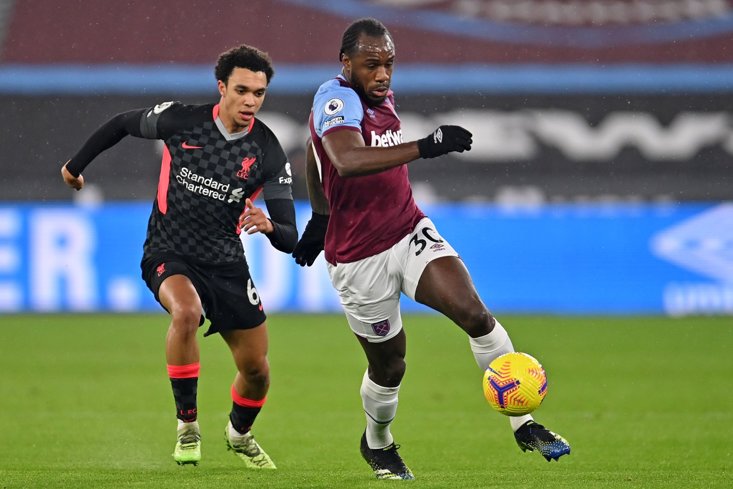 With every few months that pass it appears that his knowledge of the role is improving. The close-range finishes he has provided against Burnley and West Brom prove his game is now developing in the box and he has proven himself to be an adept finisher in front of goal when given half a chance.

The best thing about Antonio’s performances is that he makes his teammates better players whenever he is on the pitch. Jarrod Bowen, Said Benrahma, Pablo Fornals and now Jesse Lingard all look livelier when he is on the field, and with those driving runs he manages to occupy defenders and create more space for those in behind him to flourish. This is something we just didn’t see when Haller was leading the line for West Ham.

No defender gets an easy game against the former Nottingham Forest and Sheffield Wednesday star. Moyes’ side are able to move themselves further up the field and play quicker passes when he is on the pitch, while the entire squad seems happier when he is about. With immense strength and speed, as well as that work-rate and finishing touch, he has something that few other strikers have in the Premier League. And perhaps more notably, it is something no other English front player has.

When Gareth Southgate assesses his central striker options this summer, surely Antonio’s name will be creeping towards his final 23, since even with his lack of international experience he simply cannot be ignored any longer. Harry Kane and Dominic Calvert-Lewin are both shoo-ins for the squad barring injury, but away from those two what are Southgate’s options?

Danny Ings has been in decent form for Southampton, Callum Wilson is injured again, Tammy Abraham has lost his starting spot at Chelsea, and while Patrick Bamford and Ollie Watkins have had breakthrough seasons in the Premier League, none of them bring what Antonio would to an England squad. His presence alone could change a game for the Three Lions when they are in need of a goal and he could prove the perfect foil for the likes of Phil Foden, Jack Grealish or Kane.

Antonio, for many years, was a misfit. A player with all the attributes, but no fixed position. Now, he has the chance to spearhead West Ham to the Champions League and in doing so, he might just earn himself his very first England cap at just the right time to become a consideration for Euro 2020.