Like no other sport, boxing has provided sanctuary and a future for countless lost souls for more than a century. In America, it gave those from the most underprivileged corners of society a chance to break out from poverty and achieve superstardom. Michael Gerard Tyson knows this better than most.

Born in Brownsville, Brooklyn on June 30 1966, his father abandoned the future knockout artist soon after, leaving just his mother Lorna Mae to fend for herself and the children all on her own.

Growing up, Tyson was ruthlessly mocked for his high-pitched voice and lisp and it was a run-in with one bully that laid the foundations for what would eventually turn the self-proclaimed “pudgy, shy kid” into the ‘The Baddest Man On The Planet.’

As a youth, Tyson found solace from his cruel surroundings by raising and tending to the pigeons that can be found in coops at the summit of many of Brooklyn’s high-rise apartments. Here, high above the murky depths of day-to-day life, Mike found comfort in the non-judgemental company of these birds.

Following a tip-off that the young Tyson was hiding his avian friends in a condemned building, a local kid named Gary Flowers, and a few of his cronies, decided to start messing with the pigeons.

A heads up from his mother that trouble was inbound sent Mike hurtling towards the menacing group of would be bird-snatchers. The group swiftly brought their antics to a halt when they saw Tyson approaching, with the exception of their ring-leader, Gary, who still had a pigeon hidden in his coat.

Failing to listen to Mike’s pleas to give back his bird, Flowers chose to snap the bird’s neck clean off its neck and then proceeded to smear its blood across Tyson’s face and shirt.

The man who would be the Undisputed Heavyweight Champion of the World had not been in a fight at this point but concealing his temper would never be his strong point and what followed was a wild combination of punches, yet to be refined by the years of training that would follow.

It did the trick though, and like many other men that followed, his opponent crumbled to the ground. Mike Tyson had just won his first fight.

Similar to how an anonymous bike thief in 1954 would inadvertently propel Cassius Clay into prizefighting, a neighbourhood bully had just paved the way for Tyson to take his first steps into boxing. 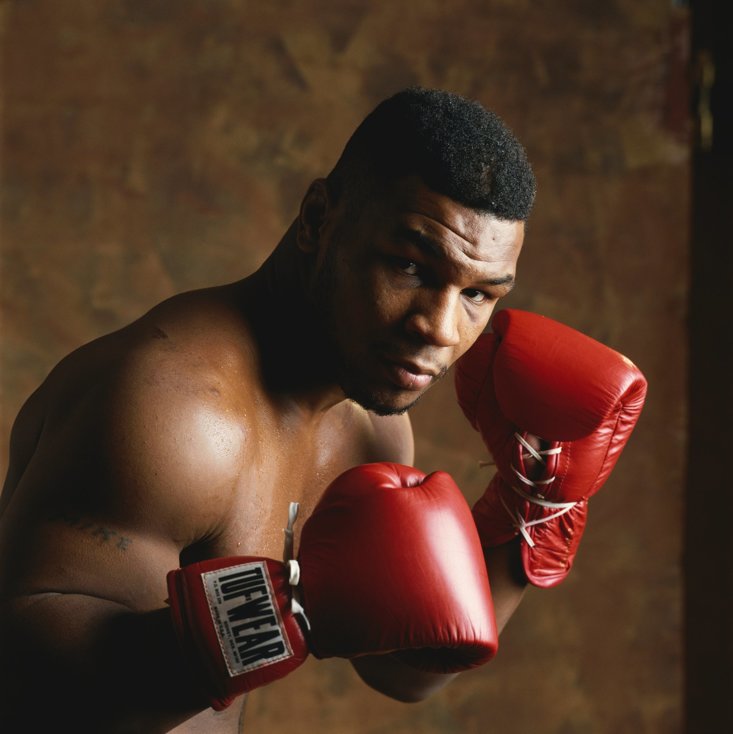 In his prime, Mike Tyson was one of the most devastating fighters to ever grace the ring (PA Images)

By the 1970s, New York had the third highest major crime rate in the US and the areas that Mike grew up in throughout his childhood were major contributors to those lofty figures and Tyson himself was far from a saint.

By the age of 13, Tyson had racked up 38 arrests and was a common face among some of Brooklyn’s most notorious stick-up gangs of the day. Without intervention, he would undoubtedly have become just another number in the borough’s already high crime statistics.

Tyson’s bad behaviour eventually resulted in him being sent to the Tryon School for Boys in Johnstown, New York and it was here that Mike’s emerging boxing ability began to turn heads around him, figuratively and literally in some cases.

Bobby Stewart, a counsellor for those in juvenile detention, took an interest in him and helped train the youngster for a few months before introducing him to the man that would change Mike Tyson’s life forever.

Step forward Cus D’Amato, legendary trainer of former champions Floyd Patterson and Jose Torres and the man credited with Tyson’s hasty rise to the heavyweight kingpin.

D’Amato had lived a sheltered life since the careers of his two most famous pupils had come to an end but the veteran trainer saw something in the troubled Tyson. When his mother died and he was just 16, D’Amato became his legal guardian and as a result, gave Mike something he had needed his whole life - a role model.

Under Cus’ tutelage, Mike Tyson picked up gold medals at the 1981 and 1982 Junior Olympic Games before eventually turning pro in 1985 and blitzing his way through the heavyweight ranks. By the time of Cus’ tragic passing in November of the same year, Tyson had put together a string of 11 consecutive knockout wins and was already being dubbed ‘the next great heavyweight’ by the media.

While many associate Cus’ death with the eventual downfall of Tyson, Mike’s reign of terror on the heavyweight division remained for the time being, thanks to the blueprint left behind by his faithful trainer.

In the year since his mentor passed away, Tyson put together another 16 consecutive wins (14 of those inside the distance) before his shot at the WBC world title arrived on November 22 1986.

Trevor Berbick, the last man to beat Muhammad Ali, was all that stood between Mike and boxing immortality under the bright lights of Las Vegas.

Poor Berbick was battered around the ring for two rounds before referee Mills Lane was forced to call an end to proceedings. At the age of just 20 years and four months, Mike Tyson had become the youngest world champion in the heavyweight division’s history, eclipsing the same achievement made by the aforementioned Floyd Patterson back in 1956.

Cus might not have been there to witness his pupil’s greatest night but he was there in spirit as Tyson bobbed, weaved and smashed his way to the title. The pudgy, shy kid from Brooklyn who was enamoured with pigeons, was finally the biggest star in the world.