Football
News
These two teams have shared some classic European nights. This routine Liverpool win was not one of them.
Joey Mills
22:01, 07 Dec 2021

The Istanbul video packages can be mothballed for another year, as Liverpool have beaten AC Milan in a game that boasted none of the visceral drama of that 2005 evening. The two teams have been on very different trajectories since sharing a pair of post-millennium Champions League finals, and that chasm was reflected on the pitch tonight. You would have been forgiven for thinking Liverpool were the side that needed a result to keep their Champions League hopes alive, rather than a team secure in the knowledge they’d won the group. Milan’s last stand was tame, as they lost 2-1 inside San Siro.

Jurgen Klopp went for a youthful look to his team, with the likes of Tyler Morton and Neco Williams starting. The German did allow himself the insurance policy of Allison, Sadio Mane and Mohamed Salah to ensure his team stayed in the game. He needn’t have worried, Milan offered little to trouble them early on. The home side looked susceptible on the break, and Alex Oxlade-Chamberlain and Takumi Minamino got forward confidently from central midfield.

The opening goal came against the run of play, when Zlatan Ibrahimovic's hold-up play in the Liverpool box led to a corner. Allison uncharacteristically spilled the cross and former Chelsea defender Fikayo Tomori reacted the quickest. It was a nice piece of instinctive goal-scoring from a player notching for just the second time for the Italian giant.

The six-time European champions hit back, firstly when Divock Origi showed quick feet to fashion a chance that Mike Maignan saved. Oxlade-Chamberlain then stung the keeper's palms from outside the box, before Salah pounced on the rebound and struck it into the empty net. Going into half time, you’d think Liverpool were the team whose place in the knockout stage was still at stake.

Milan continued to lack urgency after the break, and when the scant chances came, they fell to Liverpool. The hosts gained some measure of faint hope when Franck Kessie appeared to be pushed over by Kostas Tsimikas in the box. The penalty claim was subject to a very quick VAR check and waved away, extinguishing Milan’s chance to go back ahead. 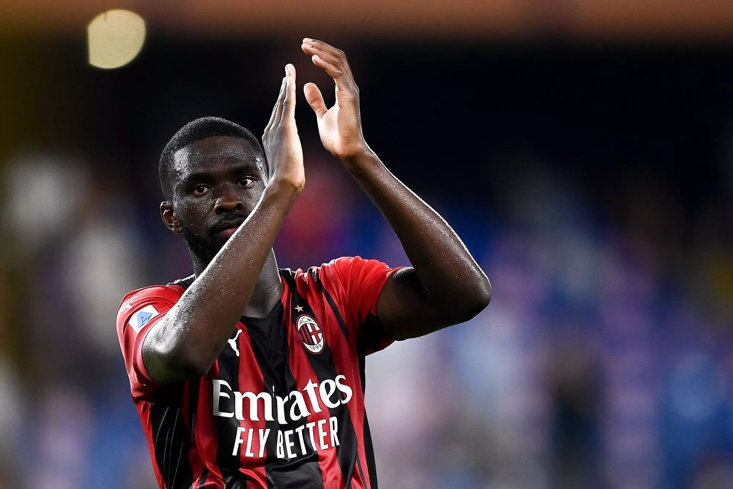 It would not be long before Liverpool put their noses in front. Mane had a shot saved by Maignan, and the France international palmed it out in front of himself for Origi to head home. It was a bizarre piece of goalkeeping from Maignan and wound up being costly.

The Rossoneri finally sparked into life late on, putting pressure on the Liverpool goal. As he has done so many times before, Zlatan nearly grabbed the headlines when he attempted an audacious bicycle kick. English fans have seen him pull that out of his bag of tricks to great effect before, but his effort from Kessie’s cross was unsuccessful on this occasion. Even a miracle man such as the 40-year-old can sometimes run out of magic.

Ultimately, Klopp’s side did a professional job in the San Siro. This victory handed them another European record, as the first English team to win all six of their Champions League group games. They now go on in the tournament, looking to equal tonight’s opponents on seven European Cups.