Football
News
It's a credit to the Liverpool star's ability and desire to adapt that he still has a role to play in the top-flight
Conor Keane
15:05, 17 Feb 2022

It’s always impressive to see footballers reach a significant milestone in the beautiful game and last night under the lights at San Siro, James Milner made his 800th career appearance in Liverpool's 2-0 Champions League win against Inter Milan.

His professional career has almost spanned two decades and his longevity is not down to good fortune. He has still got much to offer the game on and off the field. His wealth of experience is worth its weight in gold for young players making the step up into the first team and his manager knows this.

The Liverpool dressing room is filled with plenty of leaders, particularly captain Jordan Henderson and Virgil van Dijk, but even they can still learn from the stalwart Milner. The 36-year-old has played in the Premier League through much of its evolution and it's a credit to his ability and desire to adapt that he still has a role to play in the top-flight.

The Leeds-born midfielder has featured 25 times for the Reds this term, and while his role is more utilised as an impact from the bench, he still brings a strong level of composure and maturity to Liverpool’s midfield, or defence, when needed.

Milner has had a very commendable career in terms of silverware with three Premier League titles, one Champions League, one UEFA Super Cup, one FA Cup, one League Cup and an FA Community Shield. For any young aspiring footballer in England, you could not ask for a better collection of titles to end your career with. The fact that Milner has won the Champions League and one of his Premier League titles in his 30s is incredible and it's fair to say that he has showcased some of his best performances on the pitch in his later years. 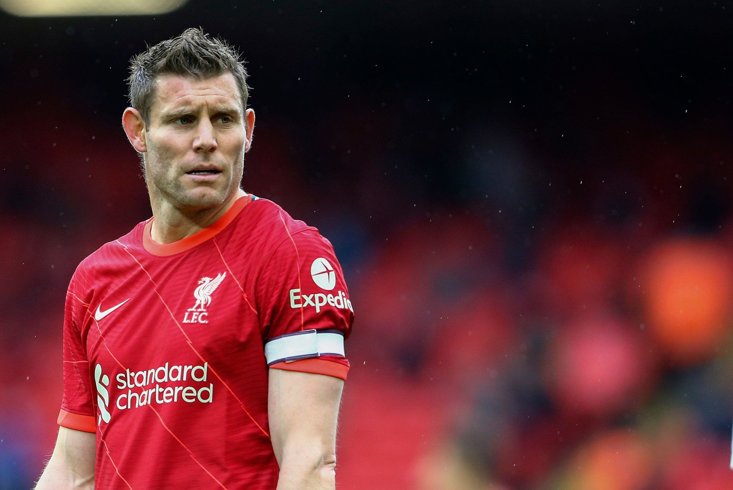 He has also had the honour of representing his country at major tournaments and when he does eventually hang up his boots, he can have no regrets over his time as a professional.

However, there have been no signs that this day is going to come anytime soon as he seems to still have more to give to the game and Klopp agrees. Liverpool have already offered the veteran a fresh one-year contract to keep him at Anfield for another season. The Reds will face competition though, as ex-Liverpool legend Steven Gerrard is reportedly keen on bringing Milner to Aston Villa and there have been murmurs of his boyhood club and the place where his journey began, Leeds United, being the place where he will bid farewell to the beautiful game.

800 professional appearances is a remarkable achievement, and Milner is thoroughly deserving of reaching this landmark. He will go down in history as having one of the best careers in English football.