"He was in front of me and I was making every decision for him," said Jose Mourinho.

"He has to change his football brain. He must accelerate the process. Twenty-one is old enough to have a better understanding. He has a future here but Manchester United cannot wait."

Just under four years after Mourinho handed Luke Shaw one of many severe dressing downs, things have changed for the better for the 25-year-old. It may not have been a classic as Manchester United drew 1-1 with West Brom, but Shaw put in another impressive performance, showing again that he has developed into one of Ole Gunnar Solskjaer’s go-to men.

His physical fitness seems as good as it has ever been, his delivery from the left is superb, not only assisting Bruno Fernandes’ brilliant volley to cancel out Mbyae Diagne’s early goal but also being entrusted as one of Solskjaer’s corner takers, such is the accuracy he possesses with his left foot. He also delivered a telling cross which saw Harry Maguire head against the post in the 95th minute as United pushed for a winner.

It was just the latest impressive showing, and quite the turnaround for a player who just last summer seemed to have missed his chance to make it at Old Trafford. After  United decided to bring in high profile left-back Alex Telles from Porto, the former Southampton star could have shrunk. Instead he has risen to the challenge and is now, quite rightly, keeping the Brazilian out of the team.

It could’ve been the end of the road for Shaw, but thanks to his determination and high quality performances, he is finally fulfilling that huge potential he had as an 18-year-old. After watching him break through at St Mary’s, United paid £30m for his signature and hoped he could fill their left-back slot for the next decade. It hasn’t quite been that easy, with varying degrees of game time under different bosses and a very public falling-out with Jose Mourinho, but under Solskjaer he is playing the best football of his career. 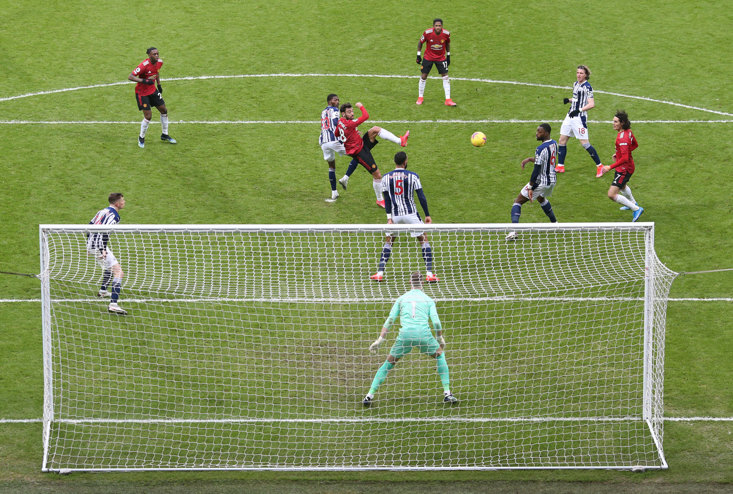 These performances also open up the international avenue for Shaw, something to which he has had little exposure to since breaking his leg in 2015, with just two England caps to his name since then. If there is one position Gareth Southgate is short at, it is left wing-back. For all the brilliant talent at his disposal on the opposite side of the pitch, there seems to be an almost clear route for Shaw to assert himself in the England squad.

Ashley Young is now out of the picture having started at the 2018 World Cup, Ben Chilwell looked like the obvious pick but now game time could be hard to come by under new Chelsea boss Thomas Tuchel, James Justin has suffered an ACL injury and Bukayo Saka, for all his youthful excitement, is only 19 and probably wouldn’t be trusted as a wing-back under Southgate. As left-footed left-backs go, it looks like a straight shootout between Chilwell and Shaw, with room for both of them in the Euro 2020 squad.

It may have come seven years after we imagined it would, but Shaw has finally fulfilled his potential and could be not only United’s, but England’s first-choice pick over the next five years. 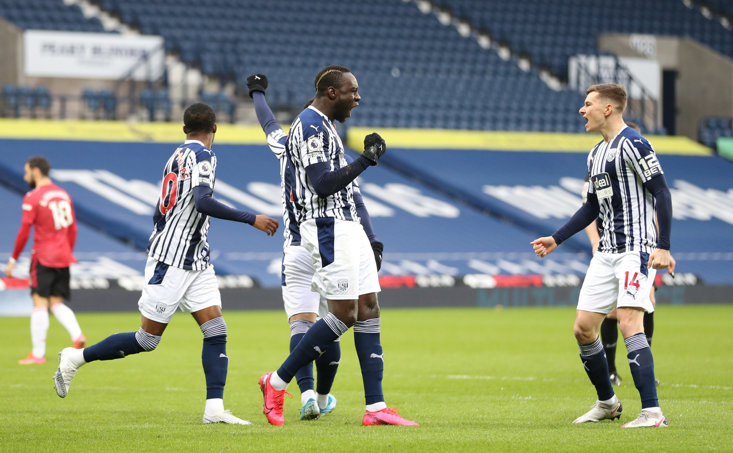 DIAGNE OPENED THE SCORING INSIDE 80 SECONDS

In truth, Shaw’s performance was one of few positives for United on Sunday. Diagne bullied Victor Lindelof as he opened his Premier League account within 80 seconds, but he became increasingly isolated as the game progressed and was forced to work back as Harry Maguire spotted opportunities to drive forward.

For the most part, the hosts were able to limit the chances Solskjaer's men were able to create, until Shaw perfectly picked out Fernandes, who hit a sublime left-foot volley into the top corner.

In the second half, Matheus Perreira pulled a left-footed shot wide of the far post after a forage into the box and despite United’s pressure and Shaw playing high up the pitch, it was the Baggies who had big chances thanks to Diagne. He used his strength to shrug off Maguire only to see David de Gea deny him on two occasions, and  late on he ballooned a shot over the bar from close range when he really should’ve scored. And then there was Maguire’s late chance, as Sam Johnstone tipped his header onto the post from Shaw’s pinpoint cross.

"The goal we scored is the way we put pressure on them," Solskjaer to the BBC after the match of the progress Shaw and others made down the flanks. "We did get down the sides sometimes but didn't have anybody to tap them in. One of those days, we weren't there where we should have been”

On a day where positives may have been hard to come by for those of a red persuasion, Shaw was a leading light once again. He's come a long way since Mourinho supposedly couldn't trust him to think for himself.