Football
News
Sunday's loss is a familiar feeling, but a pasting in normal play would have been far worse
Kris Voakes
11:02, 12 Jul 2021

We’ve woken up with this same hangover so many times that we start to wonder why we still drink from the flask of optimism. We buy into the notion that England might finally be about to break their trophy drought, only to have the dream taken away in much the same way as it has been countless times before.

This is the life of an England supporter, but would we have it any other way?

Following the penalty shootout defeat to Italy in the Euro 2020 final on Sunday there have already been some proclaiming that it would just be easier if England lost games 3-0 rather than going through the torture of penalties time after time. Yes, it would be easier. But it wouldn’t be better.

This was a seventh penalty exit in England’s last 14 major tournament appearances, so it might be tempting to suggest that any other means of defeat would be favourable. But that’s not really true, is it? Did it feel any better to lose in extra-time to Croatia three years ago? Was humiliation against Iceland preferable to this? Did the 4-1 spanking by Germany in 2010 smart any less? Of course not.

The pain is raw because England got so close on each occasion, but especially so at Wembley on Sunday. They were a couple of converted penalties away from being crowned champions of Europe. It’s the hope that kills you, so the saying goes.

But if you’d rather England lost 3-0, why stop there? Why not hope they lose in the group stage every time? Or not qualify at all? Why even bother with football? 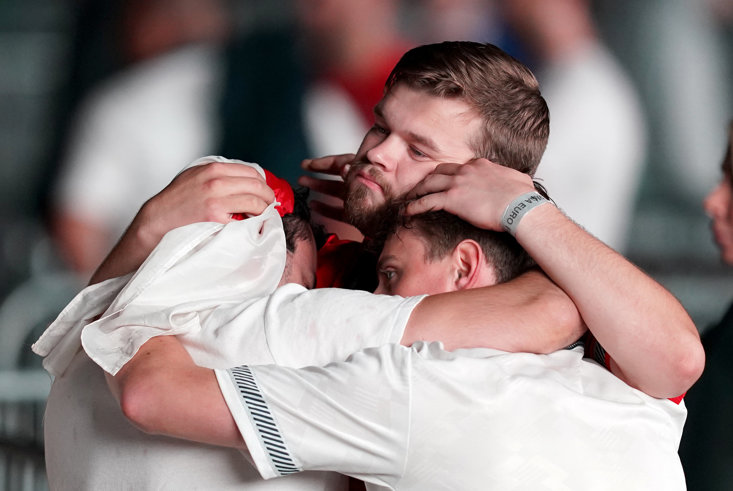 Gareth Southgate’s side achieved something memorable this summer. They took to the task of tournament football better than any Three Lions side in generations. They beat Germany with plenty to spare, then comfortably won a major quarter-final 4-0… how on earth was that not a huge positive? And when the semi-final hoodoo needed laying to rest, they did it.

Defeat on penalties in the final is a disappointment of course, but it’s also a magnificent feat. Italy had looked like potential winners from the moment they took Turkey to the cleaners in the tournament’s opening fixture, and to go toe-to-toe with them throughout 120 minutes took a huge effort.

As ever, there will be question marks about decisions made, whether it’s Southgate’s substitutions in the final, Marcus Rashford’s style of run-up, the referee’s judgement on Jorginho’s foul on Jack Grealish in extra-time or the manager’s use of 19-year-old Bukayo Saka for the decisive fifth penalty.

But Southgate’s same decision-making had got them this far, Rashford’s coolness on the spot has won big games before, the VAR didn’t deem the Jorginho challenge worthy of review and Saka had previously shown an ability to cope with any situation thrown at him. You have to take the rough with the smooth, as no decision is made in isolation.

Sometimes it is the comforting thing in the heat of the moment to lash out and look for reasons why you haven’t got what you wanted. But in the cold light of day, we’ll come to appreciate the massive positives to come out of the last five weeks.

And when the next big tournament comes around in Qatar at the end of next year, we’ll all be downing optimism by the bucketload again, not hoping beyond hope that England lose 3-0 just to make it easier.

This is the rollercoaster we have all signed up to. And we love it this way, really.