As David Moyes returns to Goodison Park this weekend with his West Ham United side, he will be warmly welcomed back to his old stomping ground. But although they may on the surface seem fairly different, Moyes and his managerial counterpart Rafael Benitez share more in common than you might think.

Benitez’s arrival at Everton was met with apathy as those standing on the Gladys Street struggled to come to terms with the fact that a manager that had belittled them in the past, and won the Champions League with their closest rivals. But he is taking this Everton side back into the European places in his own way.

Much was made of their minute summer spend, which totalled just £1.8m as Demarai Gray, Andros Townsend and Salomon Rondon came through the door and combined with the absence and subsequent departure of James Rodriguez, many onlookers thought this would be an underwhelming season.

But what Bentiez has done, and what Moyes did at Everton and is now doing in East London, is build a team that is more than the sum of their parts. Townsend and Gray are the perfect duo to depict this. Clearly talented, the man who performed so well for the Spanish manager at Newcastle United looks revitalised under the same boss.

At Palace he was a bit-part player yet for Everton this term, who have suffered injuries to Richarlison and Dominic Calvert-Lewin, he has progressed into their main man. He even celebrated with Cristiano Ronaldo’s celebration at Old Trafford after scoring the equaliser, his third goal of the season so far.

The same can be said of Demarai Gray, who is flourishing under Benitez and could finally fulfil the potential he showed all those years ago as a teenager at Birmingham. Everton have talent in their squad, but it is Benitez who is getting the very best out of them, as Moyes did in the mid-2000s. 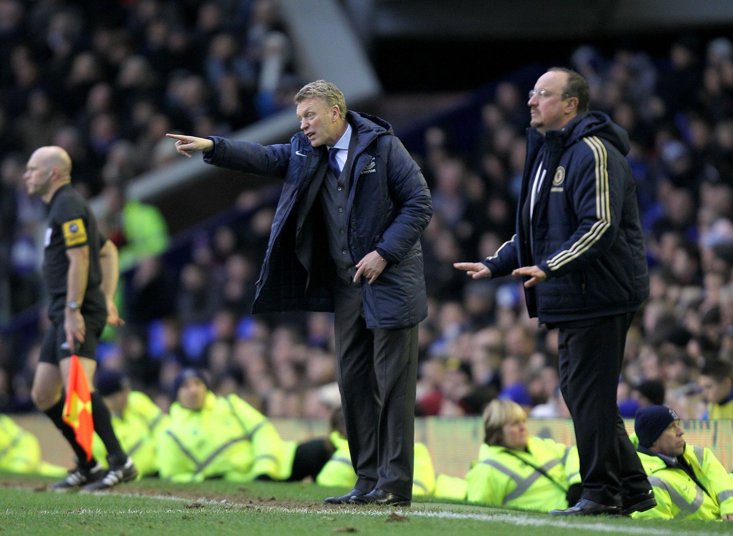 Now after being pilloried at Manchester United, Sunderland and Real Sociedad, Moyes has found his ‘new Everton’ at the London Stadium. With a relatively modest spend, he transformed the Hammers from relegation candidates into a Europa League club. He gets the best out of Michail Antonio, has managed Said Benrahma well after his move from Brentford while defensive security is always a primary concern.

His West Ham team are always competitive and functional, but this season the flair of Benrahma and Antonio has lit up the Premier League. Even with Europa League football, which has started with two wins from two, Moyes’ men are still competing in the top half of the league.

However, facing off against Everton is nothing new since his departure eight years ago. In fact, this weekend he will equal Johnny Carey’s record of 12 matches against Everton, after leaving the managerial job at Goodison. That record has stood for over 50 years, but this familiar face will be hoping to exit stage left with another three points.

Everton and West Ham are both in safe hands. The summary of a good manager is consistently exceeding expectations and with the players at their disposal, both Benitez and Moyes look well set to do that again this season.