Tennis
News
Centre Court will get to witness a real blockbuster of a clash on Friday at Wimbledon
Hector Nunns
14:42, 07 Jul 2022

Assuming the match goes ahead and Rafael Nadal’s fitness woes do not force him to withdraw from Friday’s Wimbledon semi-final against Nick Kyrgios, then Centre Court will get to witness a real blockbuster of a clash, and the 10th instalment of a rivalry that got very bitter and developed real edge for a couple of years – though mutual respect may finally have broken out.

Possessed of very different tennis skills, personalities and characters, the relationship between the Spanish legend – winner of a record 22 grand slam singles titles - and the maverick Australian has been frosty in recent years after tensions escalated during and following a match in Mexico in 2019.

A three-set win in Acapulco for Kyrgios, still yet to win a slam, was peppered with outbursts from the Aussie towards everyone on and surrounding the court. That prompted a frustrated and beaten Nadal to say: “He's a player who has enormous talent and could be winning grand slams or fighting for the No1 ranking. But he lacks respect for the crowd, his opponent and towards himself. I don't think he's a bad guy, but he lacks a little respect for the public and the rival.”

Inevitably, the explosive Kyrgios wasn’t going to let that lie. He responded: “He doesn't know anything about me, so, I'm not going to listen at all. That's the way I play. He's got his own game. I've got my game. We played well, that's the sport. People are different so I'm not going to take that into consideration at all.” 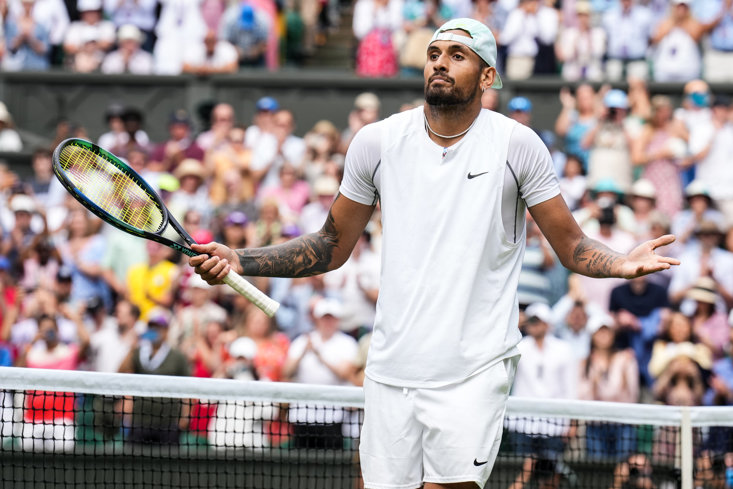 Then in the second round at Wimbledon a couple of months later, Kyrgios employed to Nadal’s disgust one of his trademark underarm serves on Centre Court, while making clear his unhappiness with the length of time the Spaniard was taking between points. Kyrgios may not have been feeling his best that day, since his agent had fished him out of a pub at 4am the same morning.

Nadal, who had lost to Kyrgios on their only previous meeting at Wimbledon in the last 16 on Centre back in 2014, won this one in four sets. And in the months that followed the Australian was not above mimicking some of Nadal’s idiosyncrasies and pre-serve routines that take up so much time.

But following another high-class encounter in Kyrgios’s home Australian Open, also won by Nadal in four, the language in both directions started to change, and became more conciliatory and respectful.

To the point that Kyrgios said after his win over Cristian Garin: “Yeah, it will be pretty special to play Rafa here. We've had some absolute battles on that Centre Court. He's won one against me, and I've won one against him.

“Obviously, we know, two completely different personalities. I feel like we respect the hell out of each other, though. I feel like that will be a mouth-watering kind of encounter for everyone around the world. That would probably be the most-watched match of all time. I would argue that. But there's a lot of work that needs to go in from now, then when I step out on that Centre Court again, I need to make sure my body's right.”

Nadal did eventually appear for practice on Thursday a bit later than scheduled, a delay that initially aroused more fears about his state of fitness – but this delay wasn't for show. On Thursday night he would withdraw from the tournament. 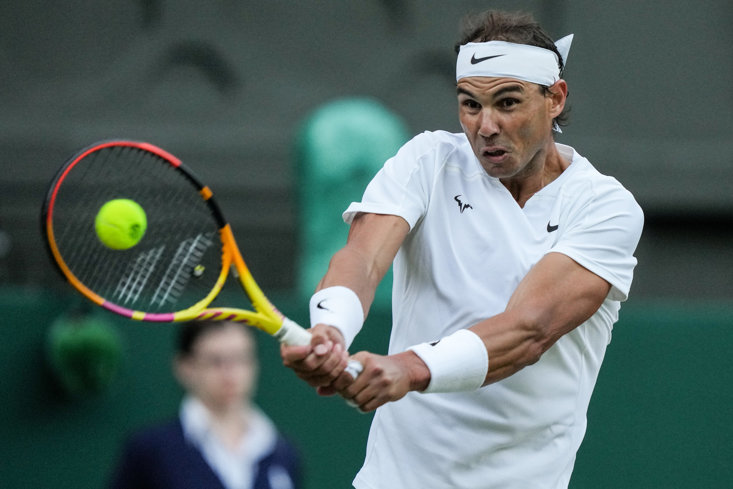 For different reasons, Kyrgios – now into his first ever grand slam final - might not have been here at the tournament at all. He spoke frankly about his life's ups and downs following his quarter-final victory and how falling out of love with tennis had almost seen him pack it in.

‘Bad boy’ Kyrgios has built up quite a rap sheet in his tennis career for bust-ups with umpires and spectators, verbal and racket abuse , and not giving of his best – offences that have seen him heavily fined over the years. And there were more of those unsavoury antics on show in his ill-tempered and controversial third-round win against Stefanos Tsitsipas.

“I don't know. I kind of just rediscovered that I've got a lot of people that want me to play, that I play for. I've got a lot left in the tank. I feel like I'm probably playing some of my best tennis, mentally feeling great. It's been a long and rocky road. I think it was an eight-year gap to make a quarter-final here from my first one. It's been a heck of a ride.”

There is a sense of uncertainty surrounding this highly anticipated semi-final, however. Nadal's injury suffered in his quarter-final victory has revealed he has a 7mm tear in his abdomen. Despite his best hopes, that injury proved to be too much and he withdrew from this match.

Nadal is 5/4 to beat Kyrgios with Betfred*