Football
News
10,000 strong descended on Old Trafford to see Manchester United for the first time this season
Steven Allen
22:16, 18 May 2021

Football fans lucky enough to grab tickets from their beloved club returned to their rightful homes tonight, with thousands returning to the stands and the terraces across the country in the first act of the return to normality within sport. I was one of the fans fortunate enough to make up the 10,000 strong at Old Trafford in Manchester United’s 1-1 draw with relegated Fulham.

Despite it being a game with no consequences, it was a lively affair with the supporters back in the ground and the first sarcastic jeer towards their opponents came just three minutes into the game.

The process might have changed for some people. It’s a mask-on event with reminders from staff and tannoys letting you know when and where you must comply. Hundreds of distanced fans gathered outside the Munich Tunnel, where just weeks ago supporters had stormed through to reach the pitch and cause the postponement of the Liverpool game.

The spirit of that day still remains amongst the supporters, with anti-Glazer placards being handed out to anyone in the area and songs about the owners were being sung from as soon as the stadium was half-full. Even stewards made comments to fans in support of the protest. 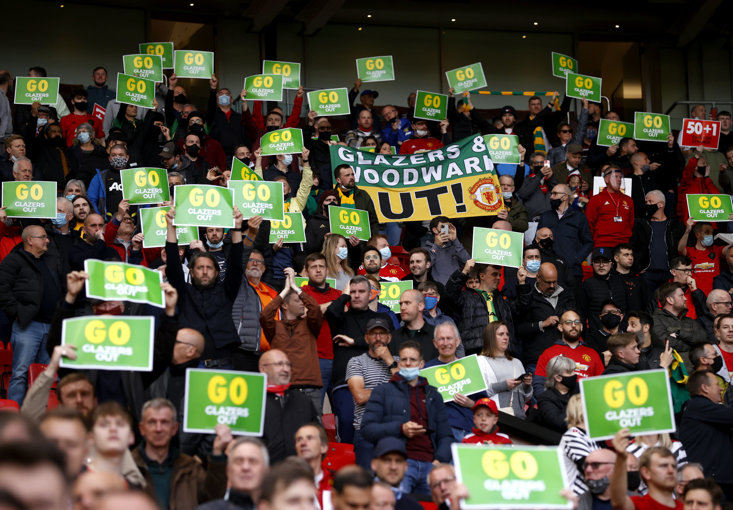 The experience of being back in a stadium was surreal to many, from older lads who couldn’t help but moan about being displaced from their usual, more accessible seat, to younger members of the United crowd whose memories of Old Trafford have probably changed since they were last there.

It was almost surprising to hear the roar of a low-capacity crowd, something that TV’s fake crowd noise could never replicate. There were handball shouts, booing for time wasting, rows of people going wild when Edinson Cavani managed to chip Alphonse Areola from 40 yards. It was truly a sight to behold and a treat to listen to.

The first step towards normality is slowly being achieved and hopefully we’ll see more of the same next weekend, as the club’s who’ve played away this week will host those who’ve played at home, meaning every fan gets a chance to see their club this season.