Horse Racing
News
Betfred's Matt Hulmes gives us his tips on who'll be the most profitable runners across the National Hunt season
Matt Hulmes
14:00, 20 Oct 2022

With the new season at Cheltenham on the horizon many dreams are still alive that horses will be back to line up for the holy grail next March and lists of prospects to follow are sprouting up everywhere.

There are a lot of races to be won between now and then though and while it’s easy to put up Facile Vega, Jonbon and A Plus Tard et all for the months ahead (which infuriates me), I’d rather look a little more left field for hopefully.

Now last season's ten to follow was almost a total disaster, so I thank you if you’re sticking with me again. The 2022/23 National Hunt season can only be better… I hope!

As I mentioned last year's list, let’s start with a horse who was on it in Emma Lavelle’s SAM BARTON. He is just the gorgeous embryonic chaser that the late Trevor Hemmings fared so well with and after a decent hurdles career, I thought the chasing world was SAM BARTON’s oyster going into last season.

Ok, he didn’t run badly despite failing to win in six starts but signed off with a fair third in a competitive Newbury Handicap Chase in March. It meant he started this season well treated off a mark of 120 and duly obliged on seasonal return at Worcester, where he jumped superbly and saw off the challenge of a potentially nice type in Fergal O’Brien’s Autonomous Cloud. He could climb the handicap ladder this season and is worth sticking with. 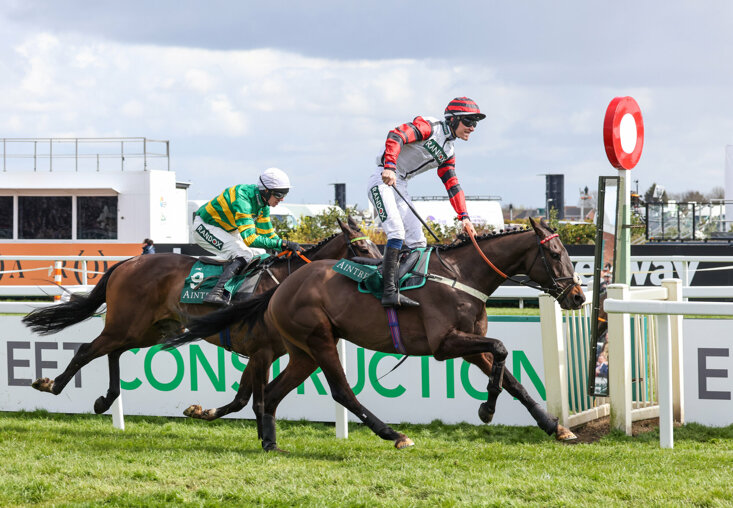 PARTY BUSINESS was a hugely progressive staying hurdler last season. He caught my eye over two miles at Warwick when tenderly handled before winning at a big price upped in trip at Ascot.

He proved that was no fluke when running a cracker in the Challow before coming to grief late on. He was a fast finishing fifth when hampered in the Martin Pipe at the Festival and got his day in the sun at Aintree when battling on well over three miles. Fourth in the Long Distance Hurdle at Haydock in May off a mark of 141 was also a decent effort and he could be worth following next spring when staying handicap chases could be on the agenda.

Perhaps a couple of small field novice chases early in the season won’t play to his strengths but proven in big field quickly run races, perhaps the Ultima or even the three mile handicap at Aintree on Grand National day could be his aim.

MIGHT I was a fancy of mine this time last season for the Supreme until he met Constitution Hill at Sandown and that ante-post docket bit the dust. Time proved that was no lame effort in conceding him 7lb as he backed it up when third to Jonbon at Ascot and a 16/1 second in Grade 1 company at Aintree.

He is half-brother to two chase winners, notably National Hunt Chase winner Stattler, so fences and a step up in trip look sure to suit. But a mark of 142 could mean there is a decent pot to be had with him over hurdles still. There is a contest at Ascot at the end of October or something like the Greatwood at Cheltenham maybe on the agenda.

The EBF final at Sandown in March is one of my favourite races as it usually provides staying chasers of the future. Sam Barton finished fourth in 2020 and DUBROVNIK HARRY was an eye catching third in last year’s renewal. He gave the front two plenty of rope but did nothing but stay on up the hill on just his fourth start. He had bolted up at Exeter on his second run before being beaten at 1/3 at Leicester. That ruled out a trip to the festival which was probably a blessing. A future over fences awaits but a mark of 127 certainly looks exploitable over hurdles first.

Sam Thomas went into last season with two top bumper prospects in Good Risk At All and SKYTASTIC. Both paid their way over hurdles, but it was the former who took a decent pot and had all the accolades after bolting up as a handicap snip at Ascot before finding top company a little warm at Aintree. SKYTASTIC had a steadier education and was noted for his high cruising speed and tenacity when in a battle.

He was sent off just 11/2 for Grade 1 honours at Aintree but perhaps the three mile trip and occasion were too much for him on just his fifth start. He looks certain to pay his way and is another who may have scope in his mark of 134 in the early stages of the season. 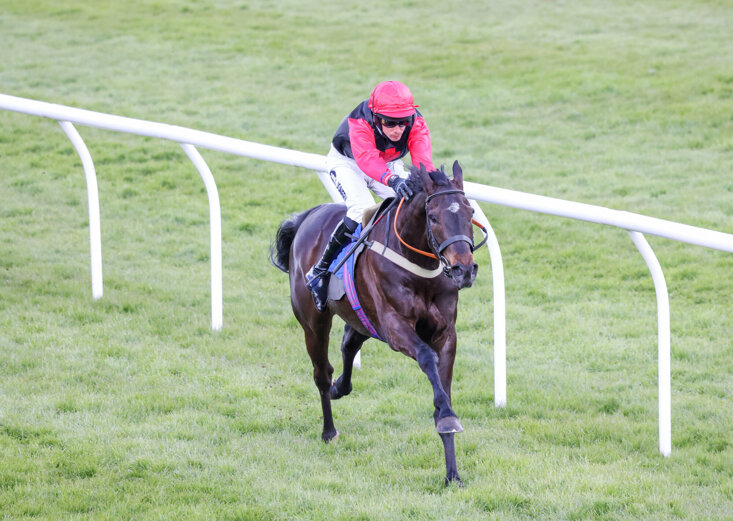 PRAIRIE WOLF is a horse that Ryan Mania was really looking forward to going hurdling with this year after winning a Doncaster bumper under a penalty last January. His victim there, Bold Reaction of Nicky Henderson’s, easily won a valuable Kelso bumper in the spring and PRAIRIE WOLF himself wasn’t disgraced in the Aintree bumper.

His hurdling debut at Uttoxeter was promising, beaten two lengths into third, but he ran on all the way to the line. The Sue Smith team hasn’t quite hit form yet, so the run can be marked up and I’m sure he’ll be winning races this season in the north.

WASHINGTON made a pleasing seasonal return last year when impressively winning at Bangor after a pair of bumper wins in his first season. From that victory, he was plunged into some red-hot small field novice hurdles that didn’t seem to suit him.

His third at Warwick to Barichello and Good Risk At All looks decent form now and he is one to keep on side judging by his excellent handicap third at Aintree in April. He has been raised 1lb to a mark of 128 and there are sure to be races to be won off that mark, with a step up in trip even expected to bring about further improvement given his stout pedigree.

I was quite surprised to see NICKEL BACK mentioned in some quarters as a horse to follow this year as I thought he may be forgotten, having missed last season from October due to injury, but not so.

The 6yo is a horse Nick Schofield was very taken with when winning by thirty lengths at Fontwell in October. I expect he will be kept to soft ground as his trainer Sarah Humphrey has quoted him being too good to risk on quick ground. Nick’s smile once I asked him last year about the performance said plenty and I am looking forward to seeing him back on a track shortly. 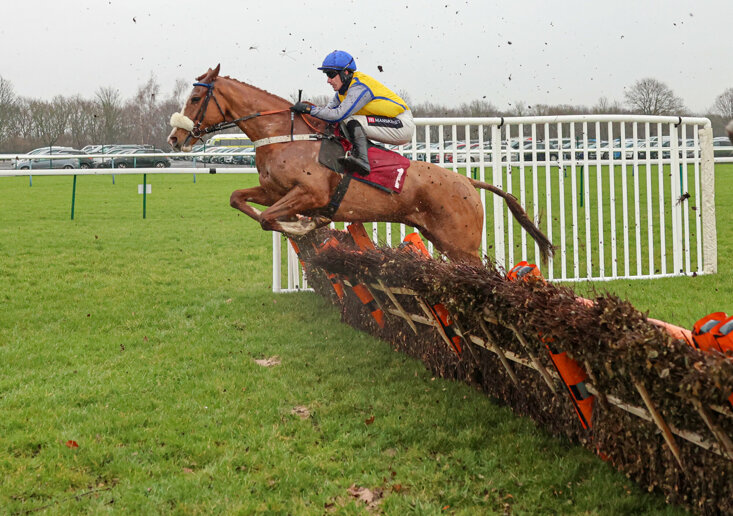 No list would be complete without an entry from the resurgent Donald McCain stable and his JUNGLE JACK can pay his way this season. He progressed with every winning run last season, yet his best effort came in defeat when a last-flight blunder cost him a race that went to the equally progressive Harbour Lake, who has already won this season and is now 10lb higher.

That puts Jungle Jack on a fair mark and McCain may want to exploit that over timber before turning his attention to fences for this Irish point-to-point scorer.

This is more of a personal entry as PLAYTOGETAWAY is a horse we hope will give myself and the Betfred team a lot of pleasure over the winter. The 4yo is stabled with Jonjo O’Neill and was bought by Fred Done to run for charity over the coming months.

He ran a promising sixth on debut at Warwick with Jonjo Jnr saying he was a little green when they sprinted for home. He was among the four leaders turning in on the home bend but couldn’t go with the front three and was allowed to come home in his own time. He will have another run in a bumper before going hurdling and everyone at Jackdaws has been happy with his progress.

We hope there will be races in him and he can raise money for worthy causes along the way.