Football
News
The Hoops have made an impressive start to the 2019/20 season thanks to the Northern Irishman
Graham Ruthven
10:01, 16 Nov 2019

The ticker-tape had barely settled on the Hampden Park turf following confirmation of Celtic’s historic Treble Treble triumph when the discourse around the club changed entirely. In fact, it was in the showers after Celtic’s Scottish Cup final win over Hearts that club chief executive Peter Lawwell told Neil Lennon, then interim manager, that he would be given the job permanently. This wasn’t a universally popular appointment.

Even among Celtic fans, the hiring of Lennon was widely seen as a move lacking in ambition. As a former Hoops player and manager, the Northern Irishman is a club legend, but having flamed out at Hibernian just weeks before taking over as a stop-gap solution following the unexpected departure of Brendan Rodgers to Leicester City there were doubts over his suitability for the role in the long term.

Since then, though, Lennon has done a lot to prove his critics wrong. Celtic have won 10 of their 12 fixtures to open the 2019/20 Scottish Premiership season, have made the final of the Betfred Cup and have already qualified for the last 32 of the Europa League with two group games to spare, going unbeaten in four matches against Rennes, Cluj and Lazio, whom the Hoops have beaten home and away. 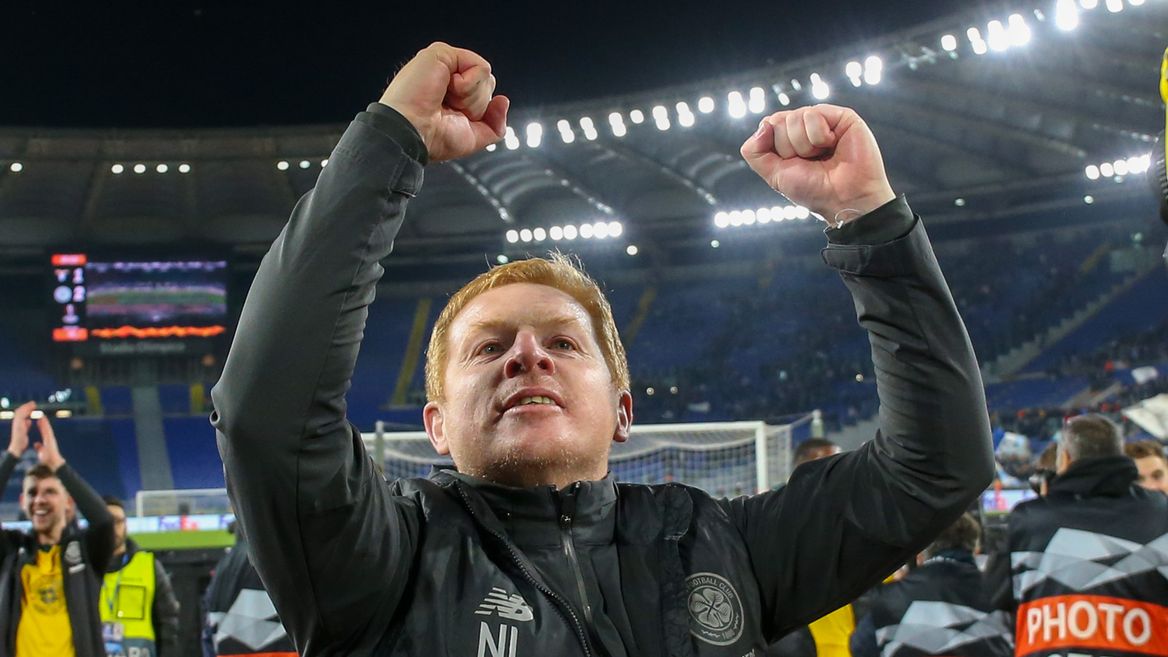 It’s not just that Lennon’s Celtic are winning, it’s in the way they are winning. Celtic were a better-coached team with a clearer sense of identity under Rodgers, but they are more fun with Lennon in charge. The Hoops have scored an average of three goals a game in the league this season, also scoring in every Europa League group game they have played. This season has been characterised by a newfound freedom. Some of Celtic’s players look liberated.

Failure to qualify for the Champions League had the potential to compromise Lennon as Celtic manager, but good recruitment and a new cavalier approach has helped him turn the narrative around. Not so long ago, it seemed likely that Celtic would regress with Lennon in charge. Now, they are moving forward again.

Of course, Celtic’s season will largely be defined by what unfolds at the top of the Scottish Premiership table between now and the end of May. The Hoops are currently tied with Rangers on 31 points, vindicating predictions that a title race between the two will go the distance. History will do Lennon no favours if Celtic’s charge to the fabled ’10-in-a-row’ ends under his watch. But as things stand, he looks to be the right man to ensure they at least get to nine-in-a-row and have fun doing so.