“There isn’t anything else in the world that can bring you back from the darkest places than sport,” summed up Prince Harry, the Duke of Sussex, in the inspiring new Netflix documentary Rising Phoenix which tells the incredible story of the Paralympic Games.

After personal setbacks and tragedy, sport has given hope to thousands of disabled athletes and in turn helped them to achieve greatness. This film, from the makers of McQueen, explores and explains many of the personal journeys the competitors have gone through, both as athletes and as people.

They speak with searing honesty about the battles they have had in life. It is easy, when one watches the Paralympics, to watch the events and be hooked by the achievements on the track and field but to hear just how far these people have come, through personal tragedy, setbacks and adversity, makes for even greater compelling viewing. 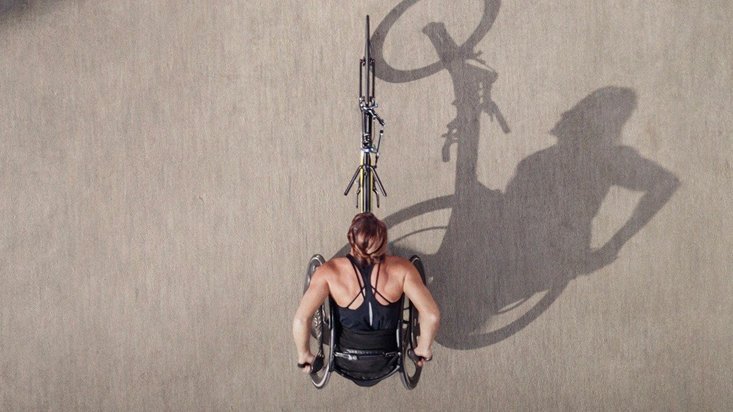 Jean-Baptiste Alaize, a long jumper and sprinter, had one of his legs amputated at the age of three after suffering four machete blows in the Burundi civil war. During the same attack, he saw his mother murdered in front of him. Having experienced such brutal horror Alaize, who competed at the 2016 Games, admits he feels like his profession is a symbol of him trying to run away as a youngster. However, despite such black darkness in his early life, came light.

“Sport is what saved me,” he insists. “I didn’t learn about victory, I learned about humanity.”

Beatrice Vio, a wheelchair fencer, is the inspiration behind the documentary's title. At the age of 11, she caught severe meningitis which led to her losing both legs from the knee and both her arms from the forearms, She also suffered scarring to her face. Opening the film, walking through a grand, typically European building, while kitted out in her fencing attire, she explains of her time in the Scouts, a year after first contracting the illness, “They gave me this nickname, The Rising Phoenix, because the Phoenix can live and die and burn and live again.”

For every Paralympian, at one stage in their life, they have dealt with setbacks, not just sporting setbacks but in society too but the Games have allowed them to thrive again. Johnnie Peacock romped home to gold at London 2012 in the 100m and the retelling of the story takes you right back to the Olympic Stadium with television footage as well as mobile footage from the stands, giving us a fresh angle from such a momentous and memorable time in the nation’s history.

As he raced towards the finish line he admits, “I sh*t my pants,” at the thought of being caught up having been first out the blocks. He beams as he recalls seeing his name in first place.

However, beyond sporting achievement, it meant more than that.

“In 2011, in any interview, the first question was always, ‘How did you lose your leg?’

“In the months leading up to London and after, the questions were constantly about the sport. That was incredible for me to see.”

This is a celebration. Among the tension, the competition and buzz, disability is forgotten about, rightfully, these are athletes going head-to-head at the top of their game.

Inspiring people in the stands and millions glued to their screens around the world, the Paralympic Games offer hope but also allow people with a disability to be just like everybody else, as they should be.

Like all good documentaries, Rising Phoenix will make you think differently and more thoroughly about the adversity others go through, not just to reach the top, but also to achieve a level playing field on the whole in everyday life.