A scintillating gameweek of Premier League football will end with Arsenal travelling five miles across London to Stratford to take on West Ham United, with both teams so far falling way short of expectations for the current campaign.

Analysing each of their last seven EPL matches sees just one win from the 14 combined, West Ham providing that through a shock 1-0 victory over Chelsea at Stamford Bridge.

Three points separate the two clubs ahead of their meeting this evening, with West Ham worse off than the Gunners and hovering precariously over the relegation zone, just one meagre point separating them from the joint-third worst teams in the top tier, Aston Villa and Southampton.

Interim Arsenal manager Freddie Ljungberg has found life hard since taking over the post from Unai Emery at the very end of November, their former Invincible failing to register a win and collecting a single point from his first two games in the dugout.

But there's hope. And it comes in the form of history. Or to be more precise West Ham’s shocking run of lacklustre results on a Monday night. The Hammers don't like Mondays, they hold the worst record for a Premier League team taking to the pitch on that particular day of the week.

They’ve lost a high of 29 matches on a Monday. 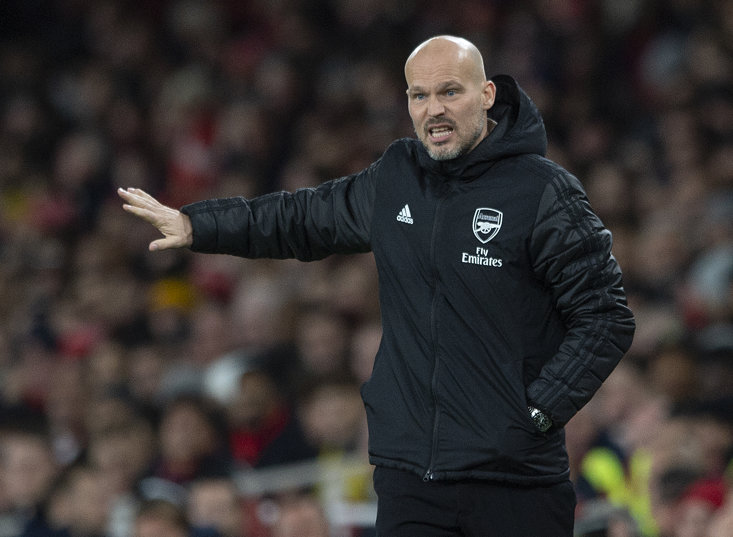 Arsenal, on the other hand, have won the most aside from 13-time Premier League champions Manchester United, with 43. Furthermore, a loss to Arsenal at the London Stadium will see West Ham become the first club to lose a century of Premier League derbies in the capital.

The Gunners, however, are on their worst run of form since the original Star Wars was out in cinemas, between February and March 1977. Ljungberg himself at the time was mere weeks away from being born, as were John Cena and Richard Ayoade.

After an Arsenal playing career that was rewarded with over 200 appearances, two Premier League titles and a trio of FA Cups, Ljungberg did in fact enjoy a short single-season spell across town at West Ham in 2007/08, the Irons then managed by Alan Curbishley and finishing in a respectable 10th. It’s a position they no doubt would love to find themselves in at this present moment in time.

The current Hammers boss Manuel Pellegrini also finds himself under a great deal of scrutiny. The Chilean is favourite with the bookies to be the next manager to leave his post. Pellegrini has spent over £170million on the West Ham squad in his 18 months in charge but, with consistent results not forthcoming, the club might be shelling out a bit more to remove him from power, with his £10m-a-year salary needing paying off.

They have picked up fewer points in their last eight Premier League matches than any other side during that period. Ljungberg’s Arsenal exacerbating that rotten spell, to relieve the pressure on his own club and continuing West Ham’s trend of suffering Blue Mondays, may see that P45 winging its way speedily to Mr Pellegrini.

The Rainbow Laces campaign will also be out in force once again in support of the LGBT+ community, just as it was over the weekend. Ultimately, after a stormy period for both clubs, with dark clouds continuously unabated, both sides will no doubt be hoping that Rainbow is indeed prophetic. 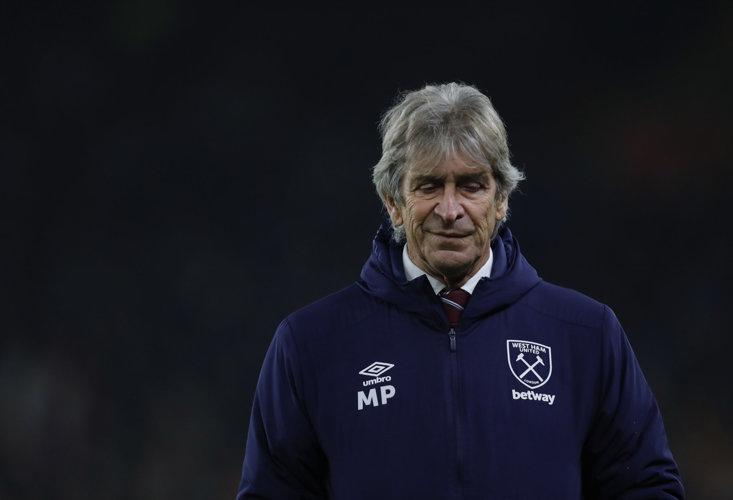 Manuel Pellegrini has cut a sorry figure on the sidelines
x
Suggested Searches:
Tyson Fury
Manchester United
Marcus Rashford
Lewis Hamilton
F1
Air Jordan
More
football
The Star-Studded Harry Redknapp Podcast Hoping To Raise The...
Get the jam roly polys out of the oven, wind your window down and let all and sundry know that there [ ... ]
football
Get A Core Like CR7 With Two Of Cristiano Ronaldo’s Quick-Hit...
As the winner of 30 major trophies, five Ballon d’Ors and someone who is widely recognised as [ ... ]
football
Finally! The Definitive Book Separating Fact From Fiction In...
The branches of the great royal oak that is football are endless. A continuous weaving narrative, rich [ ... ]
football
British Football’s Greatest Grounds, The Book Celebrating Every...
Great Britain no longer predominantly finds its religion in churches and cathedrals. It’s more [ ... ]
football
Cracking Christmas Gift Ideas For The Fanatical Football Fan...
The footy-mad person you’re buying for this Christmas has probably been kitted out since the summer, [ ... ]
football
Stocking Filler! Believe Us: How Klopp Transformed Liverpool...
Few journalists have followed Liverpool so fervently and passionately over the past several years as [ ... ]
football
With A Wealth Of Talent, The Players Podcast Flips The Script...
A collaboration between BBC Sport and Copa90? Yes please! Totally devoted to the ever burgeoning, ever [ ... ]
football
Jose Mourinho And Mikel Arteta Playing On Reputations Ahead...
It’s fair to say that the reputations of Tottenham boss Jose Mourinho and Arsenal manager Mikel [ ... ]
football
Gareth Southgate Looks To Inspire Next Generation Of Footballers...
There was a time. A most glorious time. Smiling faces congregated closely together in large, open spaces. [ ... ]
football
Andy Cole Shoots From The Hip In His No Holds Barred Autobiography,...
There may be a plethora of sports books being released this winter ahead of the festive season, but [ ... ]
football
Jamie Carragher’s Greatest Games Is The Book Football Fanatics...
Over the past seven years through his stellar television punditry work, one-club man Jamie Carragher [ ... ]
football
The Opportunities Given To Players By Southgate Is Paying Dividends...
Ok, so the Republic of Ireland didn’t lay a glove on them. But England’s performance in [ ... ]
football
Gomez Injury Latest Reminder Football's Eating Itself Whole...
Just when Liverpool thought their defensive crisis couldn’t get any worse, along came the news [ ... ]
football
The New adidas Podcast Putting Premier League Players Through...
Aiming to put some of the fastest players in football through their paces, host Ben Haines has recruited [ ... ]
football
Jurgen Klopp Has To Pick Jota Over Firmino And Not Just Because...
“Football is a simple game made complicated by people who should know better.” Fine words, [ ... ]
football
Goals And Punctures! The Biking Passion And YouTube Vids Of...
The general consensus, whether rightly or wrongly, is that footballers are all about the beautiful game. [ ... ]
football
Schoolboy Defending Leaves Man Utd And Solskjaer Facing The...
It happened again. It keeps happening. Manchester United came up against a well-drilled opposition who [ ... ]
football
Jurgen Klopp's Ruthlessness Has Allowed Diogo Jota To Become...
He’d netted goals in Liverpool’s previous three fixtures, including second-half winners [ ... ]
football
The Fascinating Book That Lifts The Lid On Brazil's Glorious...
“If we had won that game, football would have been different. That defeat for Brazil was not beneficial [ ... ]
football
Covid Can't Stop Ronaldo, Five More Weekend Sport Stories You...
Cristiano Ronaldo is still brilliant, Mercedes are still untouchable and Manchester City are still FA [ ... ]
football
Man United vs Arsenal's Narrative Has Changed But The Fixture...
Manchester United versus Arsenal. You read the fixture and what do you think of? Roy Keane and Patrick [ ... ]
football
Marcus Rashford Captured Our Imagination, He’s Sports Personality...
There’s a storm a brewin’. A Sports Personality of the Year size storm. It might seem like [ ... ]
football
‘The Red Apprentice’ Explores Solskjaer’s Surprising Path To...
To many, Ole Gunnar Solskjaer was a shock choice to relieve Jose Mourinho as manager of Manchester United, [ ... ]
football
Dazzling In Europe Again, But It's Time For Man Utd To Up Their...
In many ways it was a typical Manchester United win under Ole Gunnar Solskjaer, and yet it was also [ ... ]
football
Liverpool Need To Show What They're Made Of During Injury Crisis
Now we’re really going to find out what the Premier League champions are made of. Liverpool’s [ ... ]
football
Enjoy It While You Can - Messi Exit Will Mark The End Of A Clasico...
It has been the centre of the European sporting calendar for the last couple of decades. El Clasico, [ ... ]
football
A Tale Of Two Windows: Chelsea Could Leave Man United In The...
New goalkeeper, check. Commanding, experienced centre-back, check. Attacking quality, check. Chelsea [ ... ]
football
Dion Dublin’s Gaffer Tapes, The Podcast Taking You Inside The...
A good podcast will be a good friend. Whether you’re on a winter run, doing the weekly shop, or [ ... ]
football
Why Raheem Sterling Is Right To Call Out Social Media Over Racist...
“I don't know how many times I need to say this, but football and the social media platforms [ ... ]
football
The Book That Shows Why St Pauli Is A Football Club Like No...
Bayern Munich have won the Bundesliga for the past eight seasons. Borussia Dortmund have been champions [ ... ]