On the surface of it, New Zealand’s World Cup group game against Canada this morning is hardly one to get the pulses racing. The All Blacks are heavy favourites against the minnows who lost all four of their games at the last tournament and should provide easy opposition for the defending champions this time around.

Yet the finest team in world rugby will also make history on Wednesday, or more specifically, their flanker Ardie Savea will. Following fears he could go blind, Savea will become the first player to wear protective goggles in the World Cup, after they were approved by World Rugby earlier this year.

Goggles are required for the forward as with the sight in his left eye deteriorating, he must protect his right eye, or risk going completely blind. He told the BBC:

"Obviously if my right eye goes, I might be potentially blind. I've got my little girl and, hopefully, future kids and a bigger family, so I want to be able to see.”

He begins on the bench against Canada, if he gets onto the pitch this will be the first time goggles have been seen at a World Cup, although they have already been used in a test match. Italy’s Ian McKinley lost vision in one eye after an accidental boot to the face and wore a similar pair of goggles in his next appearance for the Azzurri. 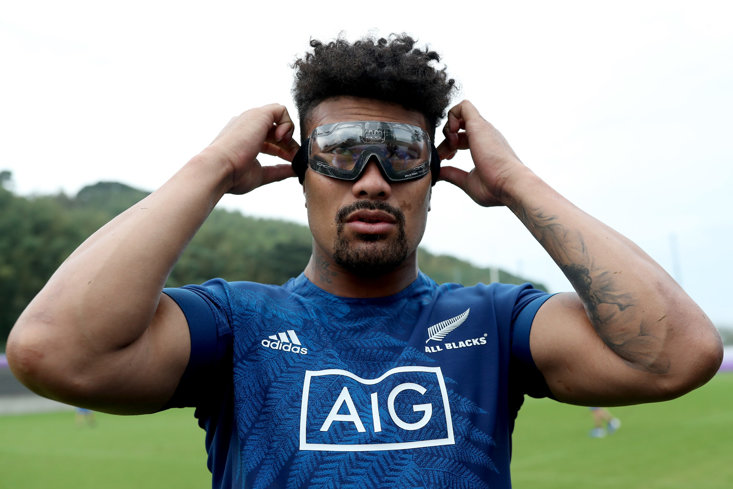 When Savea takes to the field he would be forgiven for thinking he was seeing treble through his goggles, as New Zealand will also start the game with three brothers on the field. Beauden, Scott and Jordie Barrett will become the first trio of siblings to start a World Cup match since 1995.

It was Tonga who last achieved this feat as the Vunipola brothers played against Scotland. Manu, Elisi and Fe’ao, the latter being the famous father of the English duo Mako and Billy Vunipola, all appeared in the ‘95 World Cup but this has not been seen again at the biggest rugby tournament in the world for 24 years.

Steve Hansen’s side will look to ease themselves into the knockout stages having overcome South Africa in a difficult opening game. Canada should not provide too much of a threat but it will be worth keeping an eye on this game to see some World Cup history being made.