Unlike the famous old song by Lindisfarne titled ‘Fog on the Tyne’, it’s fair to say the gloom has been lifted in recent months with Newcastle United entering a new era of stability and prosperity.

The Magpies have been one of the best-performing sides in the Premier League in 2022 and it’s as though the shackles have come off since Eddie Howe replaced Steve Bruce. The former Bournemouth manager has been a revelation at St James’ Park, as have some of his players and the influx of January recruits financed by the new Saudi Arabian owners.

From the current crop Howe inherited, he has inspired £40 million man Joelinton and defender Fabian Schar to turn their Newcastle careers around and the pair have been integral to the club’s mid-season revival and rise up the league table. Schar started the season as fourth-choice centre-back and today it was announced that he had signed a new two-year deal with the club. The squad has been helped out by the reinforcements that were acquired in January: Kieran Trippier, Dan Burn, Chris Wood, Matt Targett and Bruno Guimaraes.

Each of them in their own way have provided a much-needed lift in this part of the north east and with the Premier League season winding to a close, a lot of excitement will start to generate ahead of what is set up to be the biggest transfer window in the club’s history as they look to establish themselves as one of English football’s strongest forces. 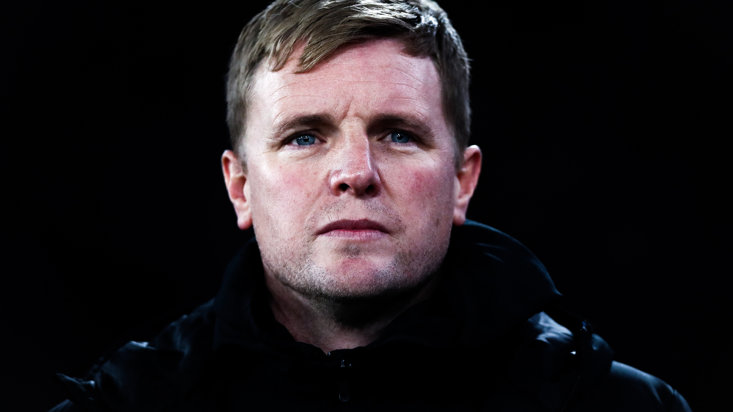 The business they have conducted so far has been sensible and successful, with only club-record signing Guimaraes fitting the bill for the type of signing expected of a club that can afford to buy world-class stars. Many will expect the Magpies to throw their money at the current best players in the world, a method that has been proven not to work at the similarly mega-rich Paris Saint-Germain this year.

Howe is sensible and his additions so far have been excellent and Newcastle fans can expect more signings like that for the foreseeable future. If they want to take inspiration from Premier League rivals there is no better role model than this weekend’s opponents Liverpool.

The Reds have been renowned for their transfer business over the last few years and they manage to strengthen their side without having to break the bank. The only case where this has happened during Jurgen Klopp’s tenure was when they bought Virgil van Dijk for £75 million - but everyone will agree that the defender has been worth every single penny.

Their recruitment has been the envy of the rest of the footballing world. Their world-class star Mohamed Salah only cost them £35 million from Roma and the squad as a whole has been carefully built through practical spending and the extraordinary coaching of Klopp. When you consider how mesmerising Thiago Alcantara has been for the Reds this term, it’s mind-boggling that he only cost Liverpool £25 million.

There are so many great players out there for Newcastle to snap up and not have to pay over the odds just because they can. If they want to do their revolution right, they should be patient and slowly lay the foundations of a team capable of competing for silverware left, right and centre. Manchester City’s model of splashing the cash on established stars has proven to work just as well as Liverpool’s but the most appealing factor about following in the Merseyside outfit’s footsteps is that they have been forging stars rather than buying them.

It will then add to the pride that the club will feel when they eventually get their hands on their first piece of silverware in this new age. Guimaraes looks like a shining example of this. He was relatively unknown playing for Lyon but seemed to have the world at his feet. Since making his Newcastle debut it’s clear to see the amount of talent he has and he looks destined to go right to the top and it could be happening with the Magpies.

The summer window is almost certain to be a thriller at St James’ Park and while the fans may not be too happy if they don’t sign a player like Kylian Mbappe, they should definitely feel positive about the players that will walk through the door to help steer the club towards Europe and titles.