Football
News
Steve Bruce's side gave themselves some breathing room after emerging 3-2 winners in a thriller at St James' Park
Kieran Spratt
14:48, 17 Apr 2021

Newcastle United took another step towards securing their safety in the Premier League with a 3-2 win over West Ham United in a thriller at St James’ Park on Saturday afternoon.

Steve Bruce’s side have now won back-to-back Premier League games for just the second time this season and move nine points clear of the bottom three. West Ham on the other hand were unable to tighten their grip on that all-important top four place and now lie precariously a point ahead of Chelsea, who also have a game in hand.​​

After a relatively evenly-matched opening, the Hammers were dealt a double blow ten minutes from the break. Joelinton, taking advantage of a poor touch from Craig Dawson, played in Saint Maximin in midfield who got into the box before hitting a low shot. Issa Diop and Lukasz Fabianski then got in each other's way and Diop accidentally deflected the ball into his own net to break the deadlock. Saint-Maximin has been involved in six goals in his past seven league appearances (two goals, four assists).

It went from bad to worse for Moyes’ men when Dawson, already on a yellow, was pulled up for a bad challenge on Joelinton in the build-up to the goal and was given his marching orders, leaving West Ham with a real mountain to climb in the North East. 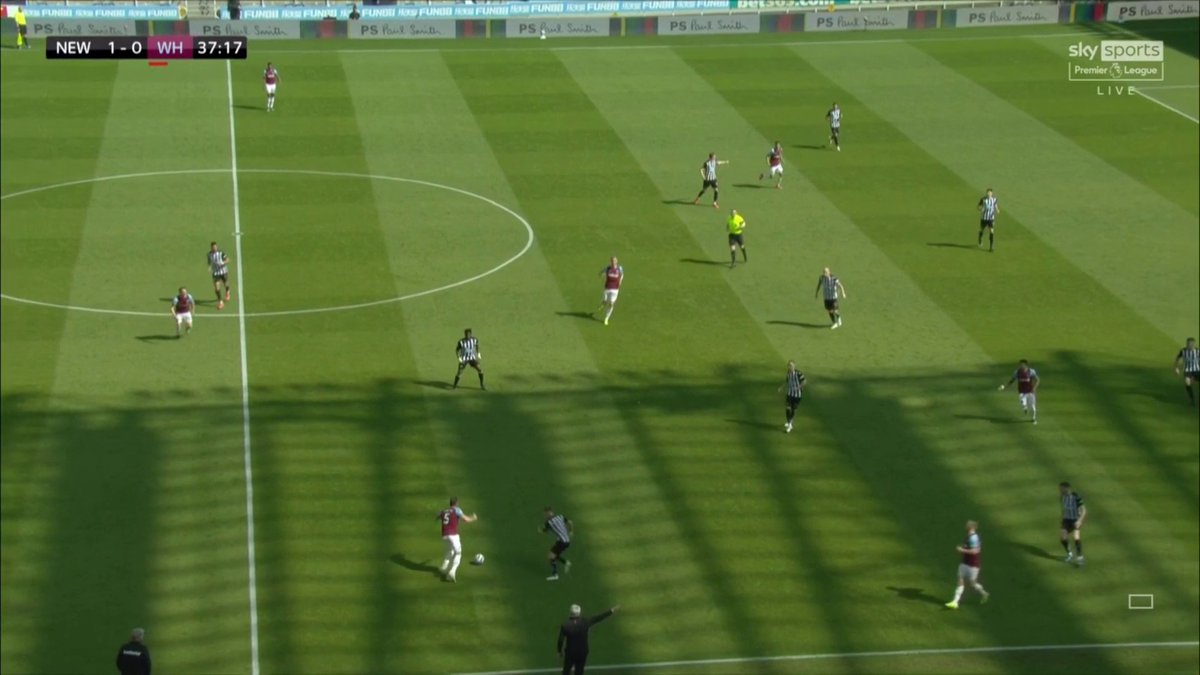 The Magpies doubled their lead just five minutes later after another mistake at the back from Fabianski. Under seemingly no pressure whatsoever, the goalkeeper fluffed a simple catch and subsequently dropped the ball at the feet of Joelinton who dutifully notched his second goal in two games at home.

West Ham were much better in the second-half and despite the one-man deficit, looked the likelier to score. With 20 minutes to go, West Ham got themselves back into the game when Jarrod Bowen swung the ball into the penalty area and Diop was there to redeem himself from his earlier mistake and head past Dubravka.

The comeback looked to have been sealed when Ciaran Clark was adjudged to have handled the ball in the box after a VAR check. West Ham’s in-form Jesse Lingard stepped up to take the penalty and rifled the ball home from inside the post to level the scores.

West Ham were terrific in their fightback but were delivered another gut-punch when Joe Willock rose the highest to head home his third goal in nine Premier League games, latching on to Matt Ritchie’s cross from the left to send the Toon in front once again. Talisman Lingard hobbled off through injury soon after delivering Moyes another cruel bow.

The win gives Newcastle, now unbeaten in five Premier League games at home, some real breathing room as they go into their last six fixtures of the season, especially given they have the daunting task of Liverpool (A), Arsenal (H), Leicester (A) and Manchester City (H) across their next four games. Next up for West Ham will be arguably the biggest game of their season; a Champions League crunch match at home to Chelsea.

Speaking to Sky Sports after the match, Newcastle manager Steve Bruce said, "I think I've always said that this job comes with a health warning! I couldn't have been more pleased at half-time with the way we played in the first half.

"We were arguably better against 11 than against ten. How often do you see it? The situation - human nature is to defend what you've got and go deep.

"We were wasteful and that gave West Ham the opportunity and to be fair to them they got themselves back in the game and made it one of those awful afternoons. To be fair we redeemed ourselves. Relieved."