Football
News
The Exiles and the Shrimps go head-to-head at Wembley on Monday afternoon with a place in League One up for grabs
Conor Keane
07:05, 31 May 2021

As is tradition, the Spring Bank Holiday sees Wembley Stadium welcome the play-off final. This year it is the League Two encounter taking the slot as Morecambe and Newport County face off for a spot in England’s third tier. It has been an incredible season for both clubs, particularly Morecambe considering the size of their budget. The Shrimps are chasing a place in the third tier for the first time in their history in what is their first ever EFL play-off final.

Morecambe have spent the last 14 seasons in League Two but they come into this final in great form having won six out of their last eight matches, whilst the Exiles have not won promotion in the Football League since the 1979-80 season and their last appearance in the third tier was in 1986-87.

Morecambe boss Derek Adams will be looking for good fortune this time around after his last play-off final ended in heartbreak when his Plymouth Argyle side lost 2-0 to AFC Wimbledon in 2015-16. Adams was able to guide Argyle to automatic promotion the following season so he is aware of what it will take from this side in this crucial fixture.

Newport boss Michael Flynn also knows play-off heartbreak after his current side lost 1-0 in the final two years ago against Tranmere Rovers. He has worked tirelessly to get them back into this position and with both managers wanting to avoid history repeating itself, this final could be very entertaining.

After a thrilling play-off second leg against Forest Green Rovers, where Kevin Ellison at the tender age of 42, became the oldest goalscorer in play-off history, Flynn’s side will be hoping for a less dramatic 90 minutes. Nicky Maynard’s 119th minute strike was the goal that got Newport to Wembley and they will need to be more defensively organised than they were in their last game. 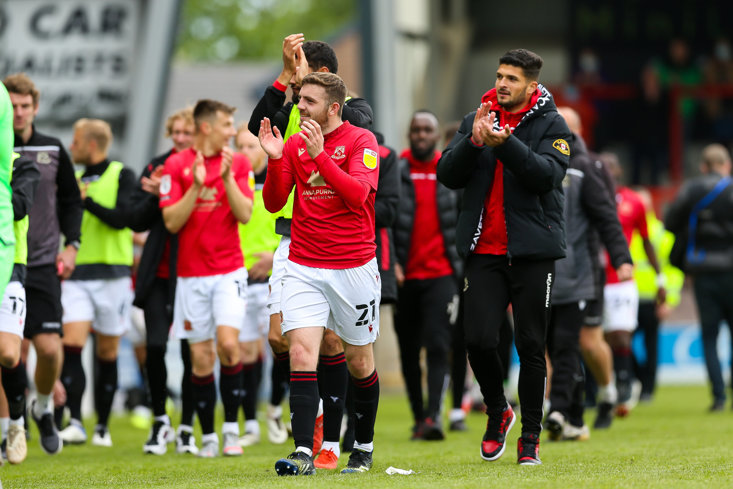 Veteran Ellison will be wanting to start at Wembley against his former side and his goal in the semi-final may just have provided him that chance. Having scored earlier in the season against Morecambe, celebrating wildly in front of Adams, the man who left him out in the cold, the striker will be wanting his former boss to rue that decision again.

Ahead of the game Morecambe have lost each of their last three League Two matches against Newport, so Flynn’s side will have the psychological advantage. This is only the second time in 13 seasons that the League Two play-off final will be contested by the teams who finished fourth and fifth, the other time being the 2015 final between Wycombe Wanderers and Southend United.

Newport County do not have the best track record of Wembley appearances. The Exiles have lost three out of four matches at this famous stadium. Firstly in 2012 when they lost to York City in the FA Trophy final, then it was a defeat to Tottenham Hotspur in an FA Cup replay in February 2018 before their aforementioned 2019 play-off final loss against Tranmere. Their only win at Wembley came in the 2013 Conference play-off final where they defeated Wrexham with current boss Flynn in the starting eleven that day.

Morecambe, on the other hand, have won their only two previous trips to Wembley, winning the 1974 FA Trophy final against Dartford and the 2007 Conference play-off final against Exeter City. They are in an elite group of seven clubs to have played at Wembley more than once and have a 100% win record.

Whoever shall prevail in this fixture will be thoroughly deserving of a place in League One.