Boxing
News
The former cruiserweight will be a massive challenge for the British world champ
Joey Mills
11:10, 21 Sep 2021

Anthony Joshua steps into the ring with Oleksandr Usyk on Saturday, defending his WBA, WBO and IBF world heavyweight championships at the Tottenham Hotspur Stadium. While fans had hoped his next defence of the crown would be against WBC and The Ring boss Tyson Fury, the Usyk fight is a great piece of high-level matchmaking. The battle-ready Ukrainian is the best opponent ‘AJ’ has fought since he defeated Wladimir Klitschko in 2017.

An elite amateur, ‘The Cat’ represented his country at two Olympic games, winning Heavyweight gold at London 2012. Usyk defeated current IBF and WBC light heavyweight king Artur Beterbiev on the way to his medal, overcoming a fighter who is unbeaten in the professional ranks. After turning over, it took Usyk just nine fights to secure a world title shot, all of his bouts being won by stoppage. And he secured the WBO cruiserweight championship with a unanimous decision over Krzysztof Glowacki.

After a pair of successful title defences, the Olympian entered the cruiserweight edition of the World Boxing Super Series. The tournament field was strong, featuring all three of Usyk’s fellow world champions. The winner would receive the inaugural Ali Trophy, while the tournament would also unify the titles to crown the first ever four-belt undisputed cruiserweight champion. Usyk stopped former world champion Marco Huck in the 10th round of his first contest, before edging out Mairis Breidis on points to add the WBC title to his collection. In the final he snatched the IBF and WBA straps from the unbeaten Murat Gassiev to reign supreme. Oleksandr had emerged from a field stacked with world class talent as the ruler of the 200-pound division.

Usyk made one defence of his unified crown, thrashing Liverpool’s ex-WBC champion Tony Bellew in eight rounds, before moving up to heavyweight. After clearing out the division below, the Ukrainian hit the ground running in the land of the giants. He handled fringe contender Chazz Witherspoon in seven rounds in his maiden outing, a convincing display against a fighter who hadn’t lost in seven years.

Usyk’s next opponent represented a major step-up in class, however, as he travelled to Wembley Arena to meet Dereck Chisora. A former world title challenger, ‘Del Boy’ has eased into a role as the heavyweight measuring stick. The Finchley puncher only gets beaten by the very best, and is usually in tremendous fights. Coming off three wins, including a knockout of David Price, Chisora was in no mood to play stepping-stone to Usyk’s heavyweight ambitions.

Usyk had sent several cruiserweight jaws to the floor with his power-punching in the past, but could not put a dent in Chisora. Instead he relied on his boxing, fighting off the back foot as Chisora pushed the pace but got outlanded by ‘The Cat’. The result was a competitive unanimous nod, Usyk passing a tough litmus test for his heavyweight title ambitions. He now gets the chance to realise those ambitions. 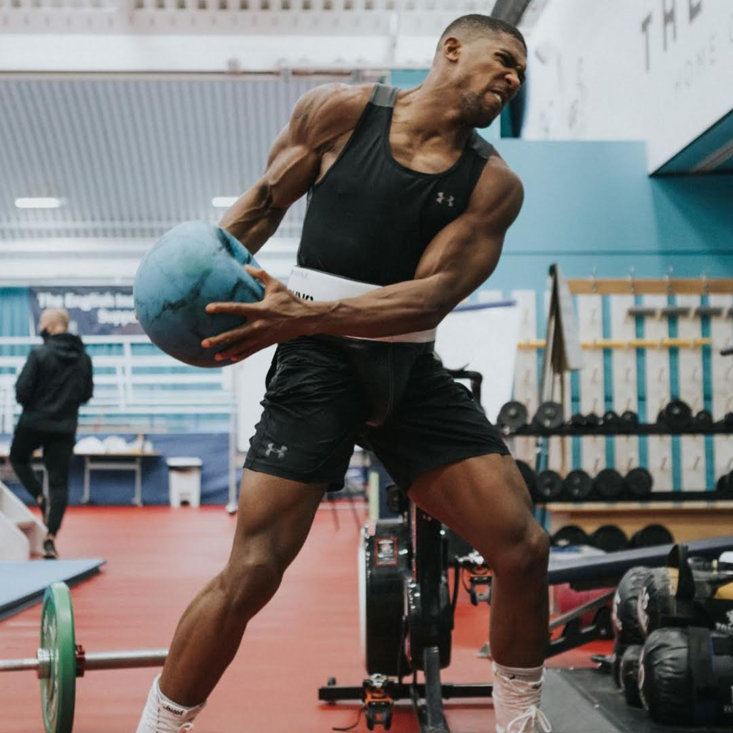 JOSHUA WILL NEED TO BE MORE READY THAN EVER

Oleksandr Usyk’s world class pedigree puts him a level above most of Anthony Joshua’s opponents. This is no slight on the level of opposition the champion has faced. Andy Ruiz, Alexander Povetkin and Joseph Parker are amongst the best heavyweights in the world. But a fellow Olympic gold medalist who has also reigned as an undisputed world champion is a different ball game altogether.

Joshua enjoys a great advantage in size, and his immense power could take out any fighter in the world at any time. However, there is a sturdy argument to be made that Usyk is the finer boxer, and also carries a sizable whack himself. Chisora may have been untroubled by his power, but ‘Del Boy’ is a man who has gone 12 rounds with Vitali Klitschko without being knocked off his feet. Conversely, Joshua has had his chin checked in the past by Ruiz, Dillian Whyte and Vitali’s brother Wladimir. It will be fascinating to see what happens if he eats a Usyk power shot at any point on Saturday night.

This fight is not Fury vs Joshua. It does not come with a piping hot side-plate of trash talk or the tantalising amuse-bouche of all four title belts being contested. Nor does it provide the rich and sweet dessert of being an all-English battle. It is a simple dish, but one that has excellent ingredients that will potentially make for a very memorable meal indeed. One of this era’s two best heavyweights comes up against its best cruiserweight. And if Usyk gets his way, we may never get that Fury vs Joshua fight at all.