Football
News
Leeds have just two wins from their first 11 games in the Premier League this year
Conor Keane
06:55, 21 Nov 2021

There is something not quite right happening in Yorkshire. Leeds United have currently regressed from their epic rise under Marcelo Bielsa as they have just two wins from their first 11 games in the Premier League this year. The club have suffered some injuries to key players, but it’s Bielsa’s small squad desires that have really cost the Whites in matches.

What is concerning for Leeds after these first 11 games is that they have only played two out of the big six clubs, Manchester United and Liverpool, and they have conceded eight goals in those two matches. While Leeds fans would not have found those two defeats concerning, it is their poor form from the other games that should have them asking questions of the Argentine coach. It is all good wanting a small manageable squad to work with, but when a string of injuries occurs, you are always going to risk the club’s position. With key figures Patrick Bamford and Luke Ayling having been absent since September, Bielsa has struggled to have his team clicking without the focal point and leadership Bamford brings to their attack.

His presence has been sorely missed at Elland Road and when Leeds have been on their travels this campaign. Last year he finished as the joint-fourth highest goalscorer in the league with 17 goals, while also providing seven assists. This just highlights the impact he has on the team and his absence has cost Leeds, because of how well he leads the line. 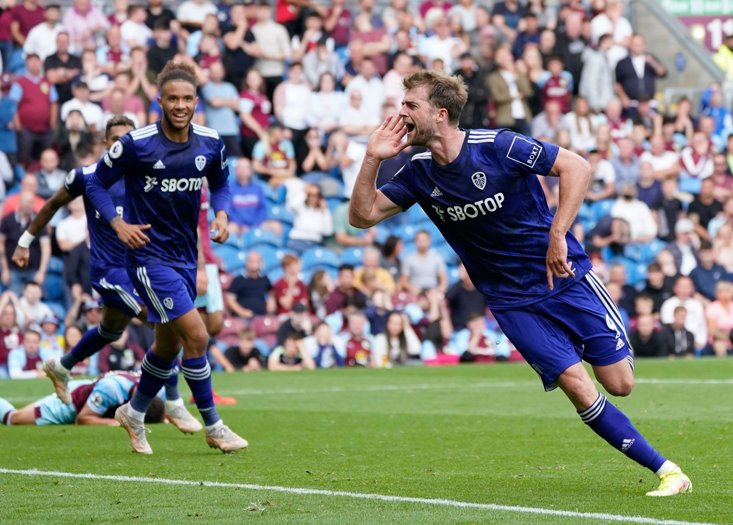 His injury has seen him miss six games in the league, and yet he has one goal to his name while also having the most assists with two. He has contributed to 27% of his side’s goals and has missed over half of the games played. Bielsa will be desperate to have his star man back in action soon as they have four key fixtures fast approaching and the lack of goals among the rest of the squad is a concern. Only Southampton and Norwich have scored less goals than Leeds, which is a giant red flag when you consider their five draws and four defeats.

Having secured a hard-fought point against Leicester City before the international break, Bielsa will want to build on that with the games that are next on the calendar, but he will need the attacking players available to fill the void left by Bamford as he bids to return to the pitch quickly. Raphinha has so far answered the call, with five goals to his name this term, nearly half of Leeds’ total tally. Immediately, this is an issue that needs to be addressed in the coming weeks if they are to push on in the division and relieve the pressures and whispers of relegation that are quietly looming over their shoulder.

Bielsa is adored in Leeds, and in supporters’ eyes he can do no wrong. He has earned a strong blind loyalty from the Elland Road faithful, but the truth is some of his tactics and management have been the cause of some of their failures. While it is all good to inspire eye-catching football, it counts for nothing when results don’t go your way and your defence is weak.

We saw last season how disorganised the defence was, especially from set-pieces, but it was thrown to the back of people’s minds because Leeds were finding a way to outscore their opponents. From what we have seen from them in 2021-22, they are too heavily reliant on Bamford and Raphinha to pull them out of trouble and it is not healthy for a club with huge aspirations. They have conceded a total of 18 goals after 11 games, with only Aston Villa, Newcastle and Norwich conceding more – so there are grave problems at both ends of the pitch. 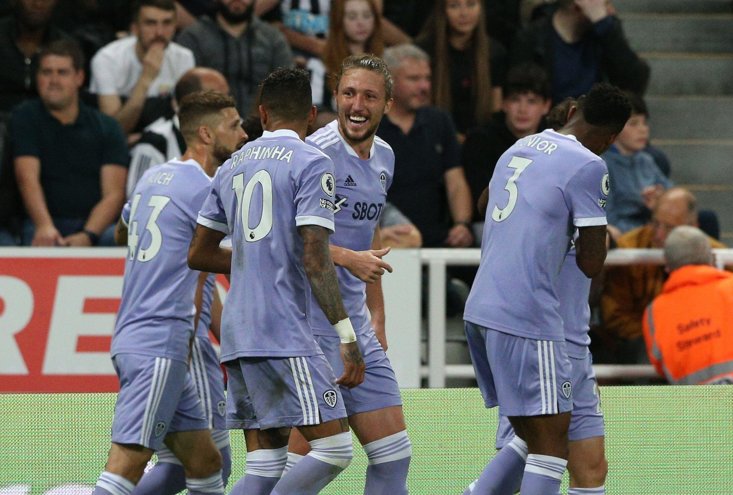 The Argentine boss has a tough game to kick-off this crucial quadruple of fixtures with an away trip to Antonio Conte’s Tottenham Hotspur, but with Spurs still adjusting to life under the Italian, Leeds will have a great chance to cause an upset. They will then hopefully be boosted by the return of Bamford as they take on Brighton at the Amex Stadium, and that will be a tough contest. That’s followed by a double header of home clashes against Crystal Palace and Brentford, so they will need to make their home advantage count.

The game against Brentford, especially, will be key for Bielsa, as Thomas Frank’s side have lost their last four games before the break, including a defeat to Norwich. And with the Bees one place above them in the table, it could prove to be a defining moment in their season and for Bielsa’s position at the helm.

Leeds are 18/5 to beat Spurs with Betfred
x
Suggested Searches:
The Sportsman
Manchester United
Liverpool
Manchester City
Premier League
More
football
Brentford Reach New High In The Premier League After Manchester...
Brentford are on a new high in the Premier League. Reaching the promised land for the first time in [ ... ]
football
LIVE Football Blog: Tuchel And Conte Go Head-To-Head In The...
Three London teams in action on super Sunday as West Ham travel to Nottingham Forest and Chelsea [ ... ]
football
Why Pep Guardiola's Manchester City Are Not The Best Team In...
Manchester City, now with the talents of Erling Haaland up front, are now arguably a stronger force [ ... ]
football
Tottenham Manager Antonio Conte Is The Defining Factor In Spurs...
Take them one by one, and you might have a fair claim that Chelsea have a better set of players than [ ... ]
football
El Jesseco: Pointless Rivalries Cooked Up Over Nothing
Nottingham Forest host their first Premier League match for the first time in 23 years this afternoon [ ... ]
football
A Lack Of Desire, Organisation And Height: This Is Ten Hag's...
When you thought it couldn’t get worse for Erik ten Hag’s Manchester United, it got worse. [ ... ]
football
Gabriel Jesus Is Arsenal's Front Man With The Golden Touch
In the week the latest episodes of Arsenal: All or Nothing came out depicting the exit of Pierre-Emerick [ ... ]
football
Defeated Everton Need Major Reinforcements To Avoid Premier...
On a stifling hot day at Villa Park, Everton fell to their second successive defeat which leaves them [ ... ]
football
LIVE Blog: Villa Face Everton, City Host Bournemouth + United...
Good afternoon football fans,  We've got plenty of action to look forward to this afternoon [ ... ]
football
David De Gea Has Become Manchester United's Unmentionable Problem...
Manchester United have so many issues at the moment but as they come up against Brentford this weekend, [ ... ]
football
Shunned By Top Six Clubs, But Maybe Not England: The Potter/Howe...
As Graham Potter clapped the visiting fans at Old Trafford after Brighton’s first win away at [ ... ]
football
Steven Gerrard Or Frank Lampard: The Never-Ending Debate Turns...
It was the argument that tarnished England’s Golden Generation for a decade. It should have [ ... ]
football
100 Days To Go Before The World Cup We Never Thought We'd See
In 100 days’ time, the 2022 Fifa World Cup will kick off… we think! After the recent hasty [ ... ]
football
Sergio Gomez: Who Is The Left-Back Closing In On Manchester...
It has been a busy few months at Manchester City this summer. The club have sold a number of players [ ... ]
football
After PSG Approach, Should Marcus Rashford Consider Leaving...
The most appealing thing about Marcus Rashford is the way in which he keeps his roots close to [ ... ]
football
Raheem Sterling Reveals Why He Left Manchester City For Chelsea
Chelsea attacker Raheem Sterling has opened up on the reasons behind his Manchester City exit in the [ ... ]
football
LIVE Transfer News: PSG In Talks For Manchester United's Marcus...
The transfer rumour mill is in full swing, plenty of big stories to keep our eyes on today. One of the [ ... ]
football
How An Australian Influx Has Helped To Transform The Scottish...
Embarking on a life-changing adventure on the other side of the world is a daunting prospect for any [ ... ]
football
The Five Most Transferred-In Players In Fantasy Premier League...
Chances are, if you didn’t have Erling Haaland in your FPL team last weekend, you’ve joined [ ... ]
football
If The EFL Won't Do Something About The Carabao Cup, We're Better...
We need to talk about the Carabao Cup. In a first round slate featuring 16 giant-killings, the elimination [ ... ]
football
Harvey Elliott Handed New Long-Term Contract By Liverpool
Liverpool have handed young midfielder Harvey Elliott a new five-year contract until 2027. The 19-year-old [ ... ]
football
Everton's One That Got Away: Ancelotti Just Keeps Winning Big...
Carlo Ancelotti and Real Madrid have picked up where they left off. A 2-0 win over Eintracht Frankfurt [ ... ]
football
Millie Bright Signs New Three-Year Contract With Chelsea
Millie Bright has signed a new three-year contract with Chelsea that will see the defender’s association [ ... ]
football
Why Manchester United Fans Have Always Been Opposed To The Glazers
Manchester United are a mess, it is clear to see. There have been problems going on in the background [ ... ]
football
LIVE Football News: Frenkie De Jong Transfer Saga continues
Welcome to The Sportsman's LIVE football blog, where we will be bringing you all the biggest news [ ... ]
football
Begging Barcelona's Financial Incompetence Disgraces The Club's...
Ah, FC Barcelona… the club of Lionel Messi and Johan Cruyff, of Hristo Stoichkov and Carles Rexach. [ ... ]
football
Rachel Daly's Move To Aston Villa Can Help Level The WSL Playing...
Fresh off the buzz of England’s Euro 2022 triumph, one of the heroic Lionesses has returned to [ ... ]
football
Shot In The Dark: Manchester United's Doomed Search For A Centre...
Take a piece of paper and write down the names of any striker you can think of. Don’t bother with [ ... ]
football
Shamrock Rovers' European Adventure Will Benefit The FAI's Long-Term...
It was a magical night in Skopje, North Macedonia on Tuesday night for League of Ireland side Shamrock [ ... ]
football
World Cup Set To Start One Day Earlier So Qatar Can Play In...
The men's World Cup in Qatar is set to start one day earlier than planned on Sunday 20 November [ ... ]