Football
News
Manchester City, Liverpool, Chelsea and Crystal Palace will head to Wembley to vie for a place in the FA Cup final
Joey Mills
14:05, 21 Mar 2022

The famous Chelsea, Crystal Palace, Manchester City and Liverpool are going to Wembley. The FA Cup semi-final stage will play out over the weekend of April 16/17, and there are several fascinating permutations and storylines involved. Here’s how football’s oldest cup competition looks as we approach the business end.

Manchester City against Liverpool is a budding rivalry that has been played out for the biggest prizes in recent years. The giants of the north are currently duking it out for the Premier League title, with just a point separating them in first and second positions. The trophy has landed at either the Etihad or Anfield for the last four seasons, and in two of those campaigns one of these sides was runner-up to the other.

The fact both City and Liverpool are still in the Champions League offers another layer of intrigue. Ordinarily, the somewhat unfair suggestion would be made that the FA Cup should be sacrificed in order for Jurgen Klopp and Pep Guardiola to pursue loftier goals. But there is a real desire at both clubs, and within their fanbases, to make history this season.

Guardiola has spoken of his wish to match Manchester United’s 1998/99 treble, and emphasised the importance of the FA Cup in press conferences. Meanwhile at Liverpool the FA Cup could prove to be a jewel in an even glitzier crown. The Merseysiders already have the Carabao Cup in their trophy cabinet, and a clean sweep of the remaining prizes would make them the first English side to complete the quadruple. Suddenly an already-exciting meeting of the two top sides in the country has become a straight shootout to make lasting history. 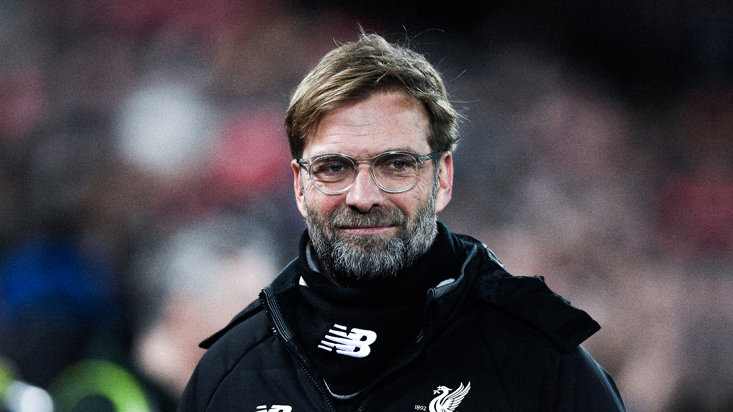 can jurgen klopp lead liverpool to an unprecedented quadruple?

Liverpool beat Chelsea on penalties to lift that Carabao Cup, and the result will still sting at Stamford Bridge. However, that pain has been eclipsed by the state of flux left by Roman Abramovich’s forced abdication of ownership. The Russian oligarch has been sanctioned for alleged links to Vladimir Putin amidst Russia’s invasion of Ukraine. The club has felt the pinch, with their every move now subject to intense and limiting scrutiny. Few will weep for Chelsea, but for their fans it puts occasions like an FA Cup semi-final against Crystal Palace into sharp focus.

The maelstrom off the pitch can at least be temporarily eased on it if Chelsea end the season with a trophy. One such opportunity has already gone begging, and with the west London side looking a shoo-in to finish third in the league, the FA Cup suddenly becomes a recuperative shot at glory. Like City and Liverpool, Thomas Tuchel’s reigning European kings remain in the Champions League too. A chance to spoil the party for the league’s runaway leaders is almost irresistible for Chelsea, and with the severe financial hit they’ve taken, it will perhaps not come again for the foreseeable future.

Both potential final opponents for Chelsea carry with them a fair amount of recent narrative excitement. If Liverpool and Chelsea progress, it’s a quick turnaround for a Wembley rematch with more silverware on the line. If Manchester City join Tuchel’s side under the arch, then it will be a case of either repeat or revenge from last season’s Champions League final.

Crystal Palace will be the side hoping to upset the Chelsea applecart and they are up to the task. Patrick Vieira has quietly done an excellent job at Selhurst Park, without the light that has illuminated his peers being shone his way. Brighton & Hove Albion’s fast start saw Graham Potter linked with the biggest jobs in the game, but Palace are one place above their rivals in the table.

Their 4-0 walloping of Everton in last weekend’s quarter-final means they come into the Chelsea clash in confident mood. Wins over Manchester City, Tottenham Hotspur and a draw with Arsenal demonstrate a lack of fear when meeting big teams. However, they have been beaten twice by Chelsea this season. Still, this is the FA Cup. This competition made its reputation on shock results and Crystal Palace are certainly a live underdog for this all-London Wembley clash.

There are three games of football to play before a name is carved into the famous old cup. Whether it serves as a stone in the Infinity Gauntlet of football dominance for Liverpool or City, a ray of light in a dark season for Chelsea or the end of the most remarkable underdog story for Palace; one thing is certain. The FA Cup is more important than its detractors would have you believe. Bring on the magic.