Dan Evans is the latest British omission who will miss the Tokyo Olympics later this month having tested positive for Covid-19, which means that Britain will be relying solely on Andy Murray in the men’s tennis as he targets a third successive gold medal.

However, Evans will not be the only superstar of the sport who is missing this summer’s spectacle in Tokyo. A list of absentees longer than the queues at Wimbledon mean that the tournament is wide open and medals are up for grabs. On the men’s side Roger Federer’s ongoing knee issues have ruled him out of this one, 2008 gold medal winner Rafael Nadal is not playing in an attempt to prolong his career and Nick Kyrgios doesn’t want to play in front of no fans. 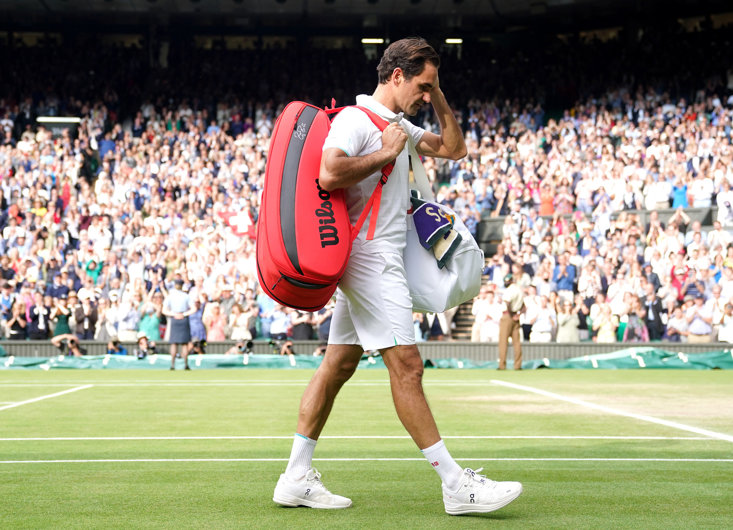 With Dominic Thiem and Evans also out, that surely leaves the door open for Novak Djokovic to complete step four of five in his quest for the Golden Slam. For the women, reigning champion Monica Puig is out having been through shoulder surgery, Brit Johanna Konta has tested positive for Covid-19 and Simona Halep is out with a calf injury.

Four-time Olympic gold medalist Serena Williams is also skipping the tournament, but is yet to confirm her reasons for doing so. But it isn’t just the tennis courts that will be missing some of their biggest stars.

The USA’s basketball team is always the best in the world given the strength of the NBA, and once again they should win gold without some of the biggest names on the planet. James Harden had agreed to play but a hamstring injury put a halt to that hope, Steph Curry passed on the opportunity and LeBron James hopes of a third Olympic gold were brought to an end - with his age cited as the reason for his omission. At least he has Space Jam 2.

Away from the court, the number one ranked golfer in the world, Dustin Johnson will not be competing as he stated, "It's right in the middle of a big stretch of golf for me... It's a lot of traveling at a time where it's important for me to feel like I'm focused on playing on the PGA Tour."  Britain’s Tyrrell Hatton, Serigo Garcia and Louis Oosthuizen will also be absent, but despite this, the field for golf does look incredibly strong. 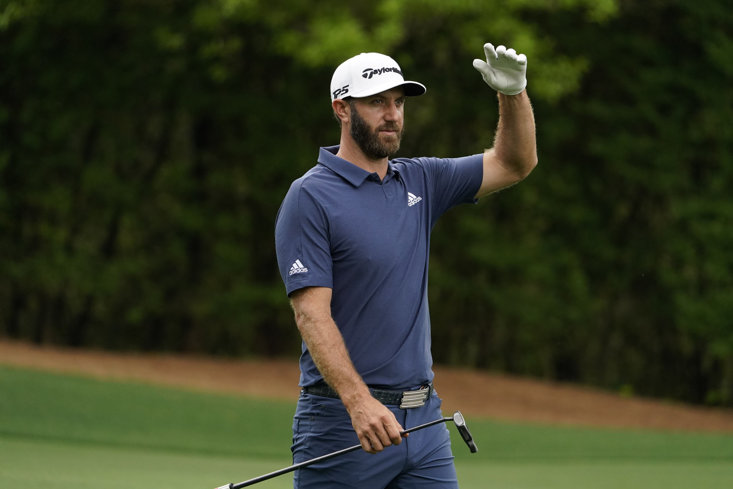 Britain’s most notable absentee from this Olympics is four-time gold medal winner from the 2012 and 2016 Games, Sir Mo Farah. At 38, it appears that age has caught up with him as he failed to make the qualifying time in Manchester, so he will not be able to defend his 5,000m or 10,000m crowns.

The one-year postponement of the Games may have allowed youngsters to develop but it also robbed us of the chance to see badminton superstar Lin Dan again. Two Olympic golds and five World Championships sums up an excellent career but at 37 and suffering from injuries, he felt he could not push his body for another year. In the women’s badminton, defending champion Carolina Marin from Spain has done her ACL and will also miss this one. A real shame.

One person who will not be missed is Dan’s countryman Sun Yang in the pool, having been banned for four years and three months due to his suspicious role in breaking a blood vial ahead of a drugs test. For years other athletes have questioned his performances while his attitude towards Duncan Scott after winning gold in the 2019 World Championships was nothing short of a disgrace. 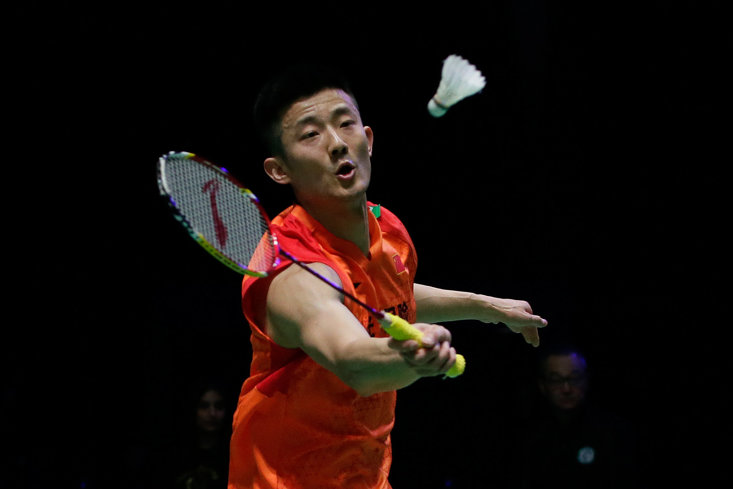 Due to Covid-19, North Korea will not be sending any athletes to Tokyo and the biggest name to miss out is Om-Yun Chol. The weightlifter won gold in London and Silver in Rio but in 2019 set two world records in the clean and jerk. He’d have been one of the favourites for gold, but unfortunately, it is not to be.

And so we finish with football. Of course, loads of big names will be missing out but Neymar, having sealed gold for the host nation in 2016, will not be permitted to play as PSG refused to release any of their players this summer. 2008 gold medalist Lionel Messi will also be absent having won only gold with Argentina at the Copa America last weekend.

x
Suggested Searches:
Manchester United
Liverpool
Manchester City
Marcus Rashford
Premier League
More
sports
Tony Khan Books Danielson-Suzuki Dream Match Opposite SmackDown
AEW President Tony Khan announced a pro wrestling dream match last night, revealing that ‘American [ ... ]
sports
From Fury-Wilder III To The Turkish GP, The Sportsman’s 119/1...
The weekend is almost here and The Sportsman are putting together yet another accumulator. With [ ... ]
sports
From Anthony Joshua to Cristiano Ronaldo, The Sportsman’s 2187/1...
The weekend is fast approaching which can only mean one thing, The Sportsman’s weekly accumulator [ ... ]
sports
Prince, Tyson Fury, Jose Mourinho - Sport's Greatest Ever Press...
Nobody does press conferences like the world of sport. Whether it’s Premier League managers directing [ ... ]
sports
How Elite Athletes Like Ronaldo And LeBron Have Adapted Their...
Cristiano Ronaldo’s goal for Manchester United in their 2-1 loss to Young Boys last night showed [ ... ]
sports
Teenage Kicks: Raducanu Joins Elite Group Of Top British Sporting...
Emma Raducanu stunned the world with her incredible US Open final win in straight sets over Leylah Fernandez. [ ... ]
sports
Enter The Dragon: Bryan Danielson Shakes Off ‘Daniel Bryan’
Daniel Bryan is dead. Long live ‘American Dragon’ Bryan Danielson. Whatever you know him [ ... ]
sports
The Shape Of Punk To Come: AEW Return To Chicago For All Out
AEW returns to pay-per-view with All Out on Sunday night, broadcasting live from the Now Arena in Chicago, [ ... ]
sports
Rebuilding Ric Flair: How Vince McMahon And Triple H Saved 'The...
‘Nature Boy’ Ric Flair returned home on Sunday night, when he made his return to the National [ ... ]
sports
The Superhuman Superstars Inspiring A New Generation At The...
The Paralympics are well underway and some of the most inspirational humans the world has to offer are [ ... ]
sports
From Undisputed To A Little Bit Of The Bubbly, Chris Jericho's...
Wrestling legend Chris Jericho will put his career on the line when he faces MJF at AEW All Out on 5th [ ... ]
sports
From Fireworks In France To Disco Demolitions: The Ugliest Conclusions...
Last night we saw the match between OCG Nice and Marseille abandoned as a result of disgraceful behaviour [ ... ]
sports
Many Happy Returns - Becky Lynch And Brock Lesnar Shake SummerSlam
‘Comeback’ was the key word at WWE Summerslam on Saturday night as over 50,000 fans at Allegiant [ ... ]
sports
Sports vs Videogames: When Tyson, Zlatan and LeBron Raged Against...
After a drawn-out legal dispute, Manchester United will be renamed ‘Manchester UFC’ on the [ ... ]
sports
From Ruthless Aggression To Out-Rapping The Rock, John Cena’s...
John Cena takes to the ring on Saturday in his first pay-per-view main event for over three years, when [ ... ]
sports
CM Punk Prepares To Return - Will He Drop Another ‘Pipe Bomb’?
While nothing is 100% sure in the world of pro wrestling, all credible indicators point to the fact [ ... ]
sports
WWE SummerSlam Brings Cena, Edge And More To Nevada
SummerSlam has traditionally been WWE’s second-biggest event of the year, below only WrestleMania [ ... ]
sports
Farewell Tokyo, Hello Paris! How Will Team GB Look At The 2024...
So the curtain has come down on Tokyo 2020 and although this was the ‘extended version’ [ ... ]
sports
Kenny's Keirin, Brown's Bronze & The Sportsman's Highlights...
The Tokyo 2020 Olympic Games might be over but they have left The Sportsman’s team with plenty [ ... ]
sports
Another Astonishing Olympics For Team GB - But Is This The Peak?
We didn’t know if it would even take place, but the sun has set on a Tokyo Olympics that has thrilled [ ... ]
sports
Day 14 Olympics Round-Up: Kenny Becomes First Female Brit To...
We are in the final straight of the spectacle that is Tokyo 2020 and while this great Olympics is drawing [ ... ]
sports
Day Eleven Olympics Round-Up: Thompson-Herah Wins Double-Double...
An astonishing day of Olympic action unfolded in the Japanese capital as there were more golds for Team [ ... ]
sports
Mixed Events Are Here To Stay After Team GB's Tokyo Olympics...
Tokyo 2020 has seen the introduction of some new encapsulating mixed events that could be the future [ ... ]
sports
Italy Continue To Defy The Odds As Perfect Summer Continues...
There could be no such thing as the perfect summer of sport, but if there is, Italy are experiencing [ ... ]
sports
Day Ten Olympics Round-Up: GB Win Eventing Gold As Simone Biles...
Day 10 of Tokyo 2020 had plenty to offer as Team GB claimed another gold to add to their impressive [ ... ]
sports
Day Eight Olympics Round-Up: Relay Gold For Team GB Despite...
Team GB enjoyed more success on day eight of Tokyo 2020 as further history has been made in these historic [ ... ]
sports
From Dina To Daley, Here's What's In Store For Week Two At Tokyo...
The first week of Tokyo 2020 has been full of excitement and has produced some great entertainment. [ ... ]
sports
Day Five Olympics Round-Up: Mallory Franklin Takes Silver In...
Day six of Tokyo 2020 brought more excitement and Great Britain managed to pick up a few more medals [ ... ]
sports
From Raging Bull To Rudy, Ten Of The Greatest Sports Biopics...
This week saw the trailer drop for King Richard, a brand new biopic of Richard Williams, father [ ... ]
sports
Day Five Olympics Round-Up: GB Relay Team Storm To Gold & Dujardin...
Tokyo 2020 continues to thrill, with Great Britain collecting more medals on Wednesday and some high-profile [ ... ]