Another week down and another week closer to seeing whose season ends after week 18, and week 13 was full of drama with last-second plays deciding the games for Detroit, Seattle and Pittsburgh while the Rams, Cardinals and Buccaneers looked comfortable as they cruised to victories. Let’s have a look at five things you might’ve missed this weekend.

1) The Detroit Lions have won a football game!

This is not a drill. The Detroit Lions have won a football game. They snapped their winless streak that previously spanned for 16 games, waiting 364 days for what was by no means a simple victory. After Detroit stormed into a 20-6 lead at the half Minnesota came out firing in the second half, scoring two touchdowns and a field goal in the third quarter with the Lions mustering a touchdown themselves. 23-21. Into the fourth quarter, and the Vikings drove down the field to score with 1:50 left on the clock. Up steps Jared Goff, who threw for 296 yards and three touchdowns on the day, to lead the Lions to the Vikings’ end zone as the clock winds down. On quite literally the last play of the game, Goff throws a dart into the arms of Amon-Ra St. Brown to give his side a 29-27 victory in front of a raucous crowd at Ford Field.

Another game against the Falcons and another win for Tom Brady as the Tampa Bay Buccaneers came out 30-17 winners in the Mercedes-Benz Stadium. Brady had himself a field day, completing 38 of 51 throws, totalling 368 yards and four touchdowns including two to Robert Gronkowski, the second of which moved the pair up to number two in the history books for touchdown combos between a quarterback and a receiver. The win also gave Brady his 10th win against the Falcons and he sits 10-0 when facing them in his career.

SportsCenter
@SportsCenter
We've seen this (literally) 90 times before!
Brady and Gronk move to 2nd all-time in NFL history for the most TDs by a QB-receiver combo in the regular season 🤝
(via @NFL)
379
5117

3) Kyler Murray is back and Arizona hit 10

It has been a tough couple of weeks with both Kyler Murray and DeAndre Hopkins missing through injury, but they returned this weekend for the Cardinals’ trip to Chicago and they played like they’d never left in a 33-22 win. Murray completed 11 of 15 passes for 123 yards and two touchdowns whilst rushing for another two, and Hopkins also got himself on the scoresheet upon his return to the side.

It wasn’t just the Cardinals offence that performed, though, as the defence accumulated four interceptions against Bears QB Andy Dalton including one interception from Budda Baker that went for 77 yards and was very nearly a Pick Six. Arizona are 7-0 away from home this season, becoming just the third team in the NFL era to achieve such a feat. In addition to that, this victory was their 10th of the season and is the first time since 2015 they have put up 10 wins in a single campaign.

4) Philadelphia remain unbeaten against the Jets

With starting QB Jalen Hurts out injured for the Eagles, it looked as if the New York Jets might be able to get themselves a win and snap an 11-game losing streak against Philadelphia. This was not to be the case. Gardner Minshew, who was acquired for a conditional sixth-round pick from the Jaguars in the pre-season, was yet to play for the Eagles this year but that didn’t stop him from balling out. Minshew led the Eagles to a 33-18 victory, completing 20 of 25 passes for 242 yards and two touchdowns. After the game it was quite clear that he was delighted with his performance and, honestly, who can blame him?!

5)  Seattle Seahawks pull out all the stops

Russell Wilson maintained his phenomenal record against San Francisco as the Seahawks managed to hold on for a much-needed win. Wilson is now 17-4 in his career against the 49ers, making them his favourite opponent to play against. But the real winner on the day was Pete Carroll, as the Seattle head coach made a gutsy call to run a fake punt from their own 27-yard line that ended up being a touchdown to give Seattle the lead in an eventual 30-23 triumph. They say luck favours the brave and this goes to prove it. 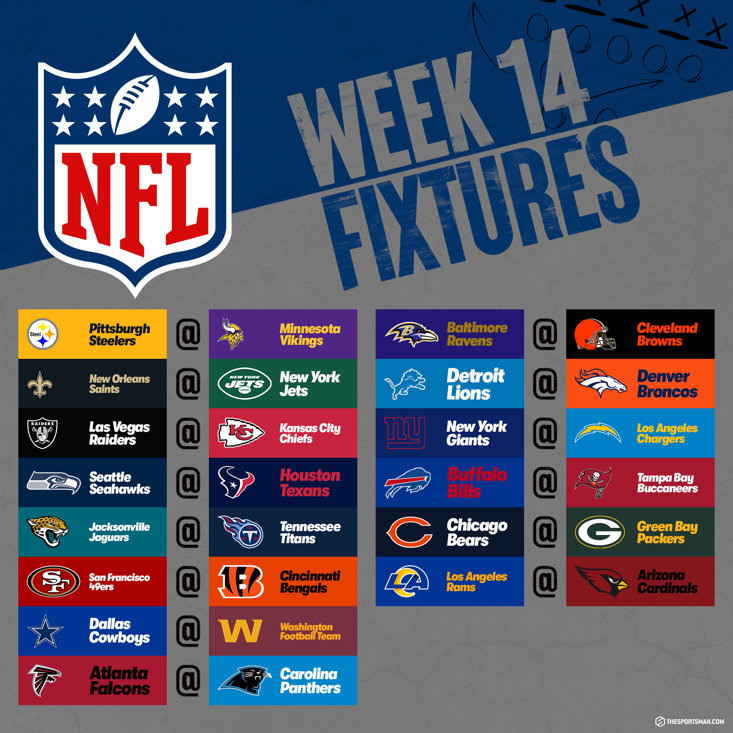