Us Sports
News
It's been another record-breaking, action-packed game week on the gridiron
Sam Penfold
17:35, 10 Jan 2022

As soon as it’s begun it’s over once again. The NFL regular season gave us plenty to talk about and produced some cracking games, memorable incidents and plenty of broken records. We’ll continue to have a play-off round-up right up to the Super Bowl in the Sofi Stadium on February 13th. For the last time in the regular season though, here’s five things you might’ve missed in this weekend's NFL action.

T.J. Watt of the Pittsburgh Steelers has had a monster season and finished on a high as the Steelers beat the Ravens 16-13 to secure a place in the play-offs. He’s recorded 22.5 sacks (tied 1st), 42 solo tackles and 16 assisted tackles as well as five forced fumbles. Now everyone is complaining about how he tied the record in Week 18 and he had more time. You must have forgotten that he missed two games this season so as a matter of fact, he’s tied the record with a game less. Pittsburgh fans will be hoping he can stay fit during the post-season as the Steelers look to advance through the play-offs.

Rookie Of The Year. Offensive Rookie Of The Year. The Cincinnati Bengals all-time receiving yards in a season record holder. But you could just call him Ja’Marr Chase. The man out of LSU has been going about his business and putting his name on the map, ending the season with a truly remarkable 1,455yards, 81 catches and 13 touchdowns.

With his 26yards in the Bengals 16-21 loss against the Cleveland Browns, Chase surpassed the legendary Chad Johnson, otherwise known as Ochocinco, to be the most efficient receiver in the Bengals’ history. Chase also became the first record receiver with 200+ yards in multiple games in their rookie season since at least 1950. Ja’Marr had the fourth highest yardage out of all receivers and the third most touchdowns. Simply incredible numbers to back up a simply incredible season. Lets see what he can produce in the play-offs. 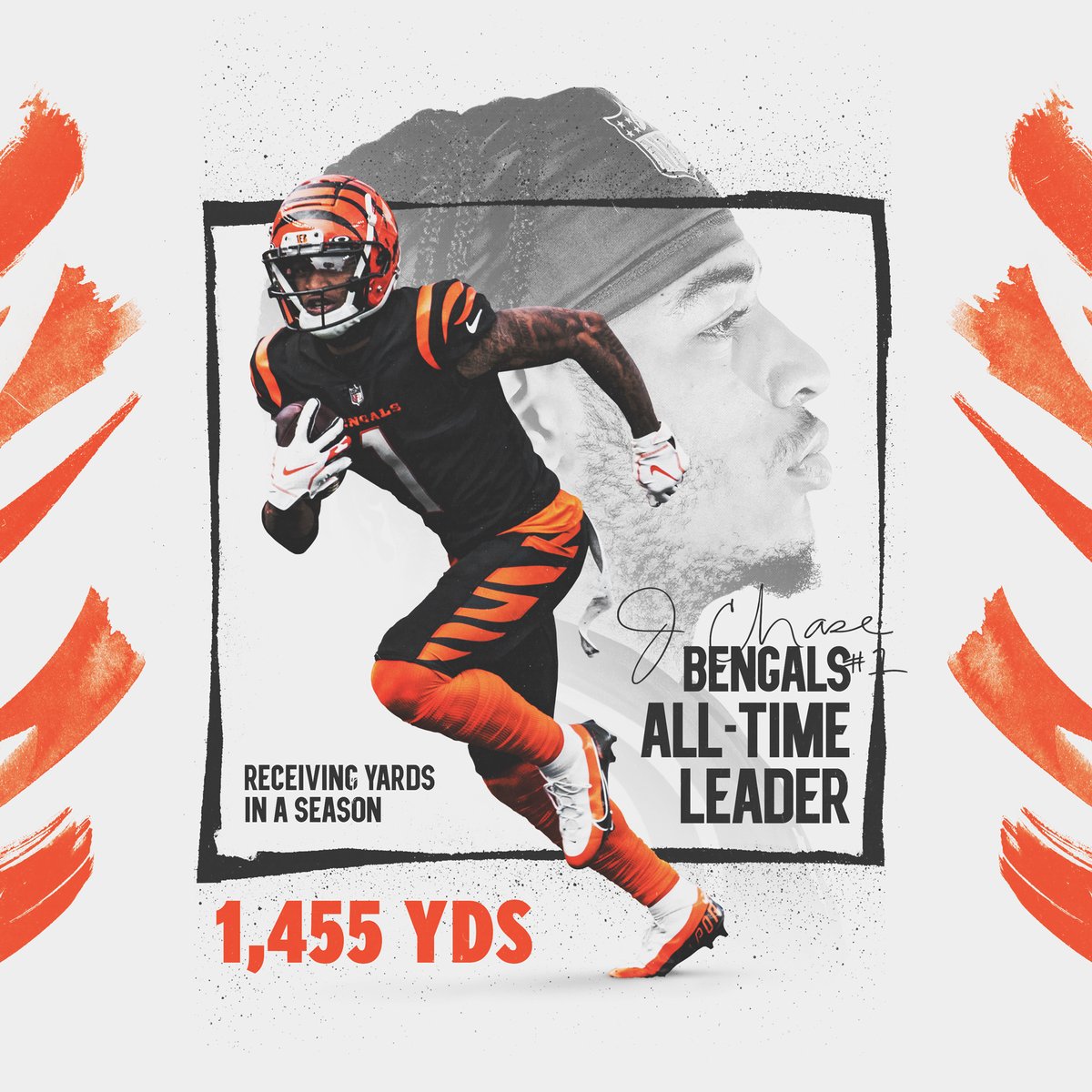 For the first time in the history of their franchise, the Tampa Bay Buccaneers have finished the season with 13 wins. Of course, it wouldn’t be possible without the ever-green Tom Brady who managed to break Drew Brees’ record (471) for the most pass competitions in a season, amassing an impressive 485 - although granted he did get an extra game to do it.

Brady added to his individual accolades by recording his 101st game with three or more touchdowns and becoming the franchise record holder for single season passing yards (5,316), as the Bucs beat the Carolina Panthers 17-41. Tom will be hoping to add another Lombardi trophy to his cabinet on February 13th but he’ll know better than anyone else that there’s a whole lot of football to be played before then. 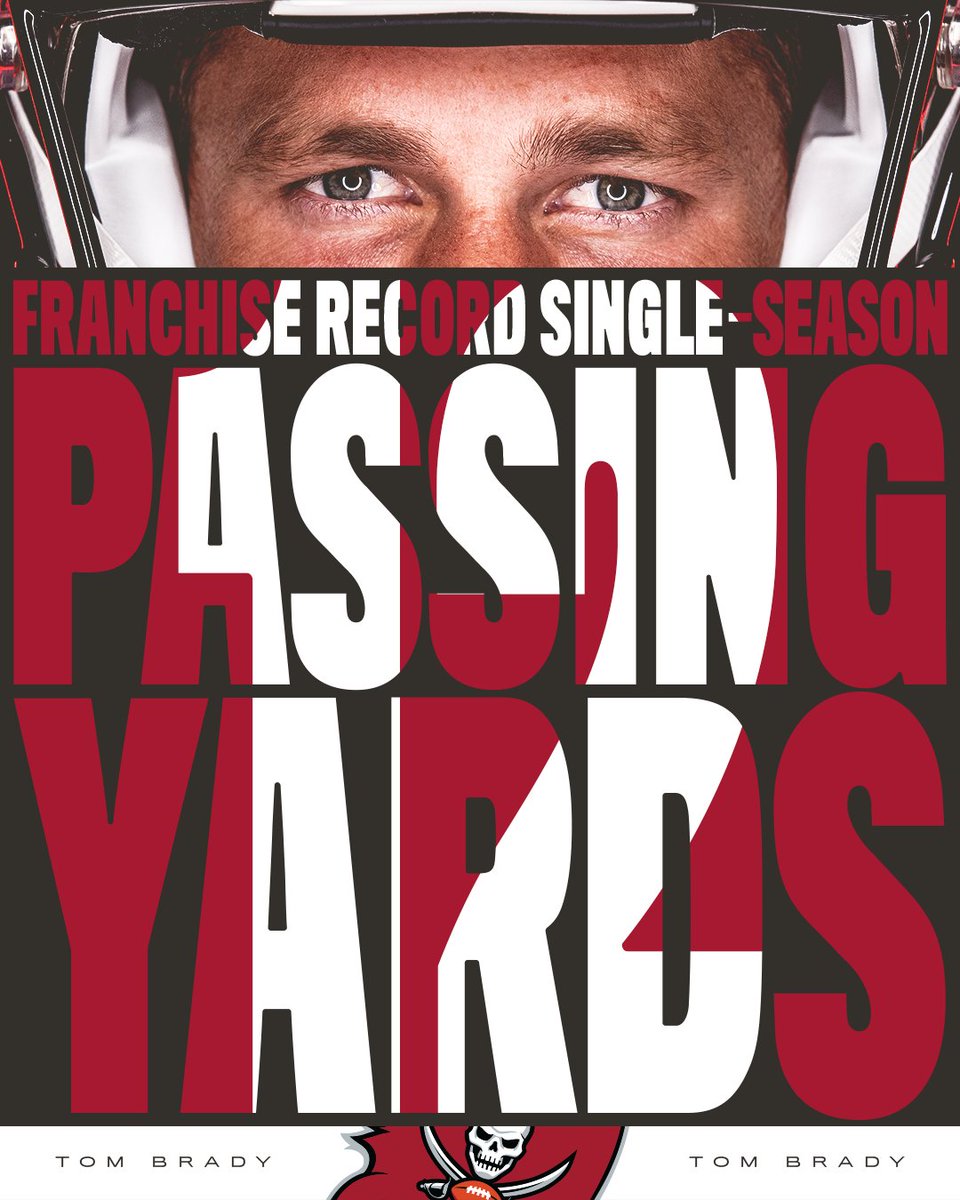 Now we’ve gone through the whole season barely mentioning the Green Bay Packers and when we have, we’ve neglected to mention Davante Adams. So if you’re reading this Davante, we apologise. Anyway, back to the point.

Adams is now the record-holder for the most receiving yards in a single season in Green Bay history with a whopping 1,553. He boasts 123 receptions and 11 touchdowns as well as countless ankles to go with it. Without a doubt one of the best receivers in the NFL and his link up with Aaron Rodgers will be frightening to watch in the play-offs with many backing them to go all the way. As they’ve already clinched the number one seed it was a chance for the back-ups to get some minutes on the field as the Packers fell to a 30-37 defeat against a fired up Detroit Lions.

Both sides knew a win would book them a slot in the play-offs and from the get go you knew this was going to be a cracker. If you ever need to convince anyone about what the NFL is all about then just tell them to watch this game. End-to-end and just jaw-dropping playmaking ability from both sides. We won’t mention the score for this one. Go watch the highlights and thank us later.