Football
News
Messi’s entry was delayed until the 65th minute but the hype surrounding his PSG debut was palpable
Hector Nunns
12:02, 30 Aug 2021

There was something appropriate about the setting. As Lionel Messi appeared in a game for a club other than Barcelona for the first time in 21 years, it was in Reims – a historic French city associated with the coronation of kings, and located slap bang in the middle of the Champagne region.

The great houses of Krug, Taittinger, Piper-Heidsieck, Mumm, Veuve Cliquot and Lanson are all within a powerfully popped cork of the Stade Auguste-Delaune, a ground that could easily have sold out its modest 21,000 capacity several times over on Sunday night for the visit of mighty Paris Saint Germain. The Argentina legend, whose own sparkling career has brought him unparalleled team and individual honours, must have felt a connection despite being stuck out in the provinces.

At the £70million - net of taxes, but before bonuses – that PSG are reportedly paying record six-time Ballon D’Or winner Messi over two years, he could probably have afforded a case or two to take back to the capital whatever the result.

There have been competing plot lines in the PSG soap opera in the last few days of August. But for this night, even frenzied speculation over the future of the France national team’s superstar striker Kylian Mbappe - following bids of £137million and £146m from Real Madrid -  briefly took a back seat.

Messi’s entry was delayed until the 65th minute as Mauricio Pochettino opted to start him on the bench. His compatriot Angel Di Maria began alongside Mbappe and Neymar Jr – and it was the Brazilian who eventually made way for the new man.

There was to be no debut goal, just some rough treatment for 30-odd minutes at the hands of the Reims defenders.  PSG went top with a fourth straight win, but the ‘dream team’ front three all being on the pitch at the same time will have to wait a while longer.

The professional pressure on Messi, a winner of 10 La Liga titles and four Champions Leagues, is unambiguous. If PSG do not win the Ligue 1 title for the next two years, and in addition the elusive Champions League for a first time in at least one of them, the venture will be viewed as a failure. 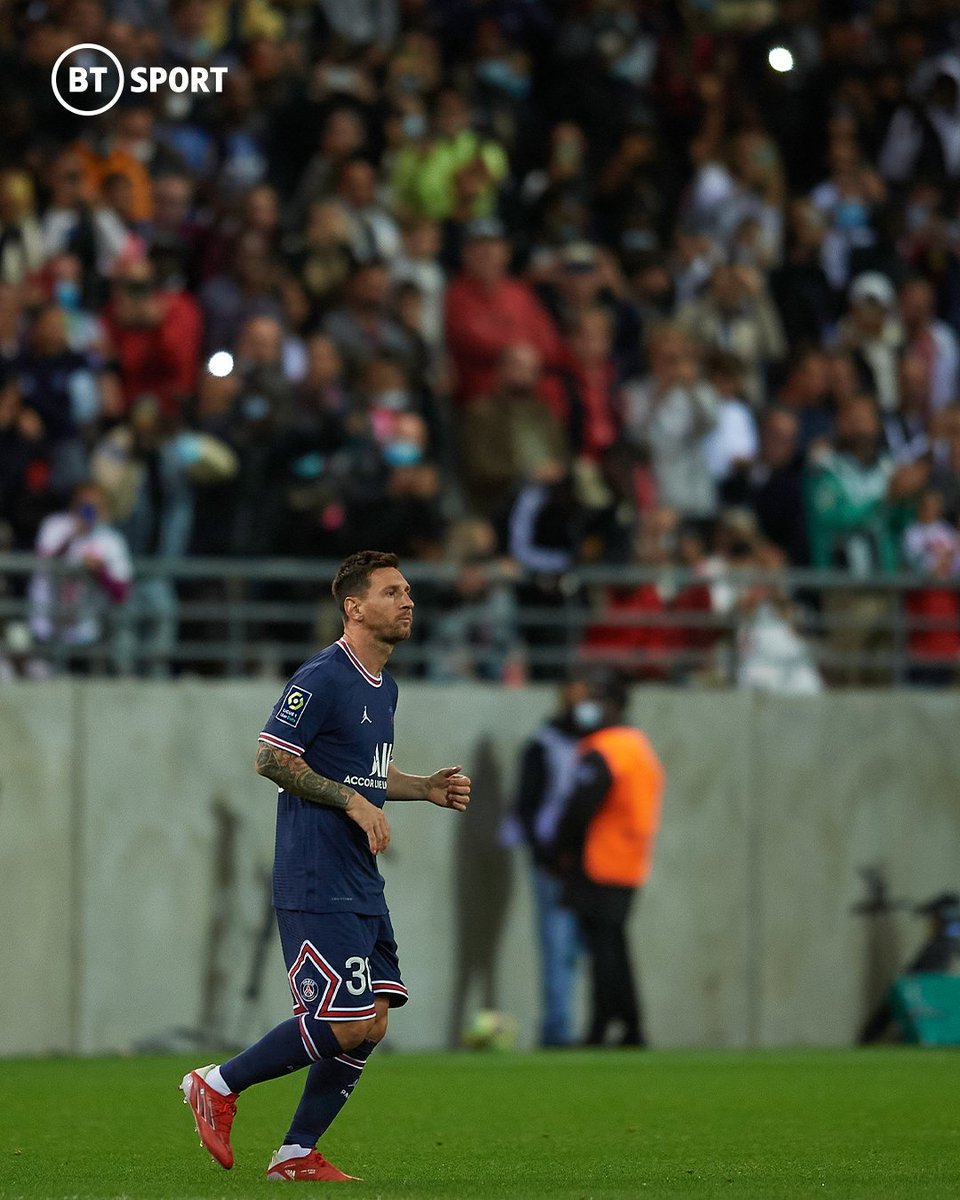 Many in French football, from the boardroom down to the fans, have made their negative feelings towards PSG clear, even more so than they did for Monaco and their advantageous tax regime to help fund signings in the past. Some of that can be put down to thinly-disguised envy at the vast resources available to the state-owned Parc des Princes-based club.

What Qatar wants, Qatar generally gets when it comes to players. The Parisians - with Sports Investments chairman Nasser Al-Khelaifi the figurehead, but the Emir of Qatar Tamim bin Hamad Al Thani thought to have the final say - are now an ultra-club.

That is a status they have unashamedly purchased to sit at a table featuring only Real Madrid, Barcelona, the two Manchester clubs and Chelsea, with Liverpool and Bayern Munich off that pace.

But there are more principled arguments behind the current landscape and the huge disparities in spending power, and Lille’s title triumph last season was a cause for celebration far outside the northern city.

Stade de Reims like a few French clubs have a card to play at PSG’s expense – history. They were winning French league titles in the 1950s, and also pioneering participants in the premier European club competition their opponents are now so desperate to win.

Twice Reims lost in the final to Real Madrid. That was before the Paris outfit, formed in 1970, were even a glint in the eye of the businessmen who eventually used crowd-funding to establish the organisation. How ironic that appeal now appears in today’s world.

A masked Messi, having been given a warm reception during the warm-up, reluctantly started on the bench. And if nothing else the Arsenal-style shirts of Reims must have had him salivating. In his last competitive games against the Gunners, at the last 16 stage of the Champions League in 2016, the little maestro rattled in three goals in home and away victories.

He saw Di Maria tee up Mbappe for the opening goal after 15 minutes. And watching pundit Thierry Henry, looking for clues in the game of ‘is he staying or is he going’, noted: “What I liked about it was the pure joy from Mbappe. Everyone’s talking about if he is staying or going, but he really enjoyed scoring that goal.” 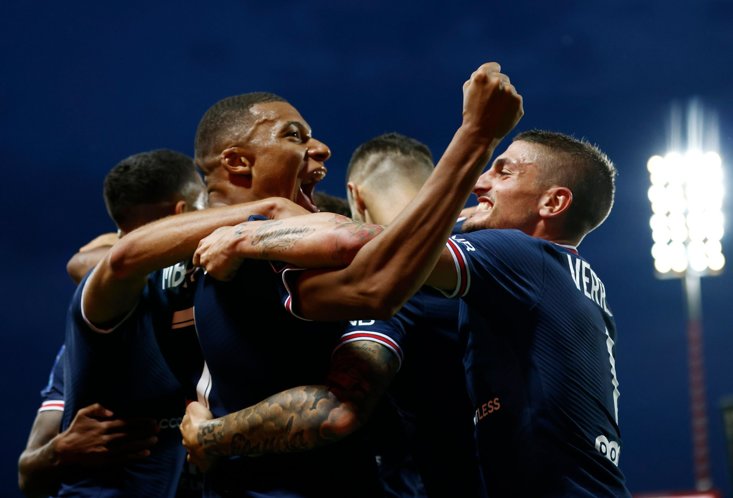 Reims were in the game, and Moreto Cassama scooped the ball from 25 yards onto the angle of post and bar. But a strange atmosphere had descended over the stadium. It all seemed like something of a sideshow with the main act yet to appear.

The ground erupted after 51 minutes when Reims’ Zimbabwean midfielder Marshall Munetsi had the ball in the net but after a lengthy VAR review the goal was eventually ruled out for offside.

The excitement levels reverberated through the ground as Messi began to warm up – and as the forward took instruction on the touchline Mbappe clinically tucked away his and PSG’s second goal of the night after 63 minutes taking his tally to 135 in just 175 games. If it does prove to be his last match for the club with the window closing on Tuesday night, he signed off in style.

Just two minutes later Messi came on for Neymar in what might have been a video game substitution to a huge ovation, the pair embracing as they had after the Copa America final in July, won by Argentina.