Football
News
The departure of Carlo Ancelotti and potentially Rodriguez might actually help the Toffees in 2021-22
Simon Lillicrap
10:28, 06 Aug 2021

The excitement that surrounded the fanfare arrival of Carlo Ancelotti was equalled only when Everton fans realised that World Cup Golden Boot winner James Rodriguez would grace the turf of Goodison Park last summer. With a world-class manager and a club that had shown serious ambition with the big-money signings of Ben Godfrey, Allan and Abdoulaye Doucoure, it looked as if the Toffees could finally dream of European football.

Those dreams quickly materialised into realistic ambitions, as on Boxing Day Everton had got themselves into second place and Ancelotti seemed to have worked his magic on a club which had struggled for several years. ‘Carlo Fantastico, Carlo Magnifico’ the Toffees faithful sang from the stands as Everton embarked on their quest for a first top-four finish in 16 years.

Fast forward eight months and the blue half of Liverpool has a very different feel to it. Ancelotti left as soon as he got a whiff of Real Madrid’s interest, and the ‘project’ that he had bought into fell apart with his departure. Everton’s ambition has been tested with this decision, and they have replaced one former Real Madrid boss with another one as Rafa Benitez joined the club.

He is a different prospect to Ancelotti, of course, and that is without considering his Liverpool past and the unfavourable foundations that puts him on, while Rodriguez is now on his way out of the club to further irk the fanbase. With all of the talk surrounding Harry Kane not turning up to Tottenham Hotspur training, Everton are also on course to lose their star man, and the highest paid player in their history.

The Colombian has hinted that he would like to play elsewhere, while playing under Ancelotti was the big sell for him to join the Premier League club, so it would be a surprise if he stuck around beyond this summer. But for Everton, perhaps they can progress more without these star names. 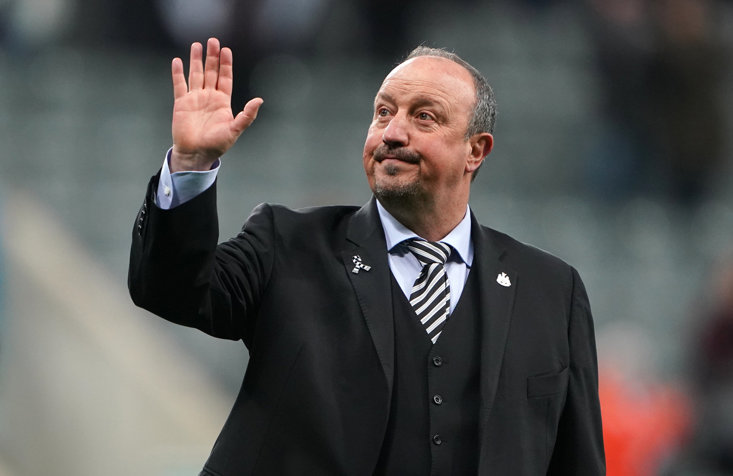 BENITEZ'S ARRIVAL IS BETTER NEWS THAN SOME EVERTON FANS MIGHT THINK

For all his obvious and apparent quality, James made just 23 Premier League appearances in 2020-21, bagging six goals and five assists. With the investment in terms of wages, for him to appear in just over half of the Toffees’ games last term is not good enough, and they are unlikely to be able to command a big fee for him now he is in his 30s.

Benitez was clearly not a popular appointment, given the fact arguably his greatest managerial success came with their closest rivals, but his signings have made an awful lot of sense so far. The likes of Demarai Gray and Andros Townsend have arrived with almost no fanfare yet both could improve Everton’s weak wing-play of last term, and if they get that right Dominic Calvert-Lewin will have an absolute field day.

It is also worth noting that Everton finished 10th last season. Tenth! Despite having Ancelotti and Rodriguez and starting the season in scintillating form, that same manager and those same players collapsed to only just scrape a top-half finish. The benchmark for the new manager and these new signings should not be European football but an improvement on the previous campaign.

With less money at his disposal and the wage bill on the way down, if Benitez can out-do his illustrious predecessor it will have been a successful season for Everton. The glitz and glam has faded around Goodison Park since Ancelotti’s departure, but on the pitch that might not necessarily be a bad thing.