Steve McNamara once described his job as the most challenging in rugby league, but the Catalans Dragons boss also believes it is the very best.

The highlight of an otherwise unremarkable weekly press conference this week saw the mild-mannered McNamara asked why he hadn’t been linked with the vacant job as head coach at fallen Super League giants Leeds Rhinos, given that most other coaches in the game had.

“I wouldn’t swap this job for any job,” he replied, without a second to gather his thoughts.

And it’s almost impossible to see why he would.

He’s in a beautiful part of the world, with a passionate, ambitious club backing him to the hilt, and a brilliant rugby league side reaping the rewards of his leadership.

The former England head coach, who took his nation to within seconds of the 2013 World Cup final, has revitalised both himself and the Dragons since his move to the south of France in 2017.

And this weekend the 50-year-old from Hull sets his sights on beating holders St Helens to reach the semi-finals of a Betfred Challenge Cup competition that in 2018 yielded the Dragons’ first, and so far only, major piece of silverware. 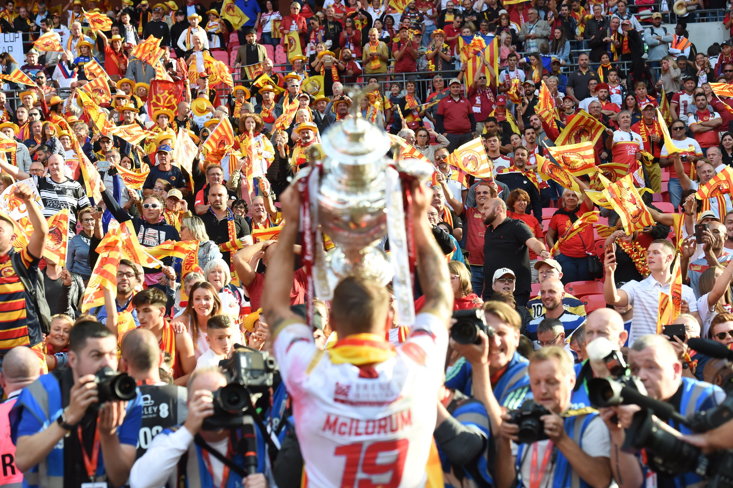 THE DRAGONS FANS REVELLED IN THEIR 2018 CHALLENGE CUP WIN

“The competition is dear to everyone’s hearts in the English game and now in the French game too as it’s our first and only trophy,” he said.

“We have missed opportunities in the last couple of years and have regretted that. We want to get back to the final, and we will be ready for Saints, don’t worry about that.”

McNamara is one of those unflappable, dependable, and likeable guys that you sense was born ready.

Emerging from a working-class family in Hull where dad was a tool maker and mum worked in a factory, his stable upbringing laid the foundation for a professional career which has seen the former Great Britain international keen to challenge himself at every opportunity, both as a player and now a hugely respected head coach.

He made the Catalans move after a similar leap of faith took him to Australia following England’s 2013 heartbreak, to work as assistant coach with Sydney Roosters.

“The decisions that you regret in life are the ones you don’t make, not the ones you do,” he told me of the move. Indeed, after moving his family to Australia, McNamara lived and worked alone in New Zealand and then France as his family returned to the UK education system.

The Dragons project has seen McNamara turn Catalans from a competitive but inconsistent squad of French power and Aussie journeymen into one of the best rugby league sides in the northern hemisphere. 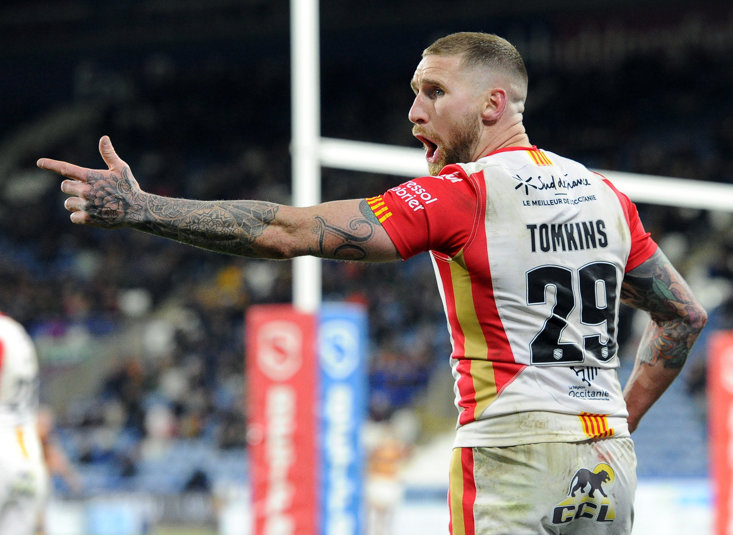 TOMKINS HAS HELPED TO TAKE THE DRAGONS TO ANOTHER LEVEL

One of the biggest challenges when he arrived in the job was to alter the player perception of Perpignan from prized holiday destination to sought-after professional base. For years a move to the Dragons was attractive for the climate, the beaches, the salary, the lifestyle. It still is of course, and where McNamara himself lives is beautiful. But what he has done is make sure this is a club that attracts the best players to win trophies, and develop the homegrown talent, rather than those wanting to ease into retirement with a sunny final pay day.

Alongside superstars like Sam Tomkins, who has fallen in love with life in Perpignan, an exciting young French spine has been key. Arthur Mourgue is set to return from injury to play his first game of the season this weekend, a player viewed by reigning Man of Steel Tomkins as the best French talent he has seen in over 10 years.

“The club rate him really highly. The last great half we had was Thomas Bosc, who is now assistant coach, and Arthur is next in line,” Tomkins told me this week.

And it is the French flair and pride through this Catalans side that has put the spring in McNamara’s step.

Recalling their historic 2018 Challenge Cup final win over Warrington Wolves, McNamara pinpointed his own memorable moment. “Standing, listening to the French national anthem with the French boys alongside us, it was the most surreal experience.”

It was an experience that has made the Dragons hungry to do it again this year, with St Helens the biggest possible obstacle to their progress. Saints beat Catalans in last year’s Betfred Super League Grand Final, and then again in the opening game of this season as the Dragons blew up with Dylan Napa sent off and Gil Dudson sin-binned.

“This game will be really physical too,” says McNamara. “The two teams will go hard at each other, and discipline is going to be really important. Saints have terrific line speed but we will be ready.