Football
News
The Gers had to start again from the fourth tier after gaining special dispensation
Graham Semple
10:45, 13 Jul 2022

On this day a decade ago, the unfathomable reality of Rangers’ financial implosion hit home. One of Scotland’s most decorated and historic clubs suffered the indignation of ejection from the top flight - and they required special dispensation to gain admittance into the bottom rung of the professional game.

Four years after participating in the UEFA Cup final, Rangers sought an SFA license to play football. Reckless spending under Sir David Murray - owner and chairman between 1988 and 2011 - ushered the club towards the precipice, however it was his successor Craig Whyte that ensured the Glasgow giants became a global news story.

Under duress from the bank due to financial issues in his business empire, Murray spent considerable time searching for a new owner. A controversial tax avoidance scheme (EBTs) used by Rangers in the early noughties led to an enormous tax bill being issued by HMRC – which left any prospective buyer with the unwelcome prospect of inheriting a debt potentially greater than the value of the club.

In reality, due to the tax case that dragged on for years, Rangers were never likely to be sold. Whyte’s emergence from the shadows was therefore unexpected, and £1 was all it required for the mysterious businessman to obtain a majority shareholding in the club. Whyte’s ruinous 10-month reign brought down an institution, and the mere mention of his name still makes those of a blue persuasion recoil.

With many international players eager to remain at the highest level, Rangers were left with a skeleton squad for the start of a lengthy and arduous journey through the leagues. Manager Ally McCoist cobbled together a starting XI consisting of youth graduates and free transfers, but the dysfunctional nature of the club was evident on the pitch.

The summer of 2012 was an opportunity for Rangers to regroup and rebuild, yet due to the involvement of shady characters with questionable credentials at boardroom level, off-field calamities and controversies continued to engulf the club. Results became a secondary concern for a large section of the fanbase, with fighting for the long-term prosperity of their beleaguered club now the priority. 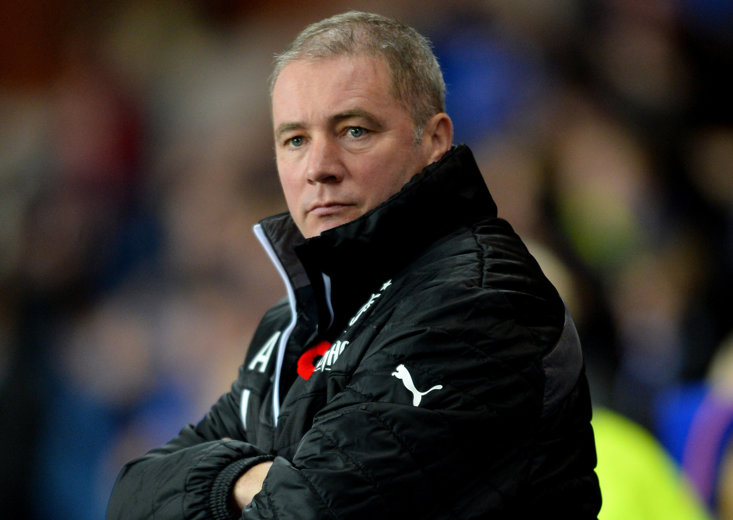 McCoist became a figurehead for the supporters during troubled times and was a reassuring presence for players and staff in choppy waters. He was the glue that held the club together, but his performances were considerably better in press conferences than in the dugout. Rangers were a painful watch under McCoist, often negative and direct, and the Saturday entertainment did little to invoke hope of a better tomorrow.

McCoist eventually left the club on gardening leave as the club toiled during the Scottish Championship season in 2014-15. Many have sought to romanticise and glamourise Rangers’ miserable existence in the lower leagues, but humiliating defeats to Alloa and Raith Rovers in the Challenge Cup are unlikely to ever be recalled with fondness. It also remains scarcely believable that it took the Light Blues four years - instead of the assumed three - to reach the Premiership.

Rangers’ rebuild from financial disaster did not properly begin until March 2015, when the ‘Three Bears’ seized control of the club at a historic EGM. With individuals in the boardroom that supporters trusted and respected, a fractured club was suddenly united.

With Dave King installed as chairman, optimism returned to Govan. The rebuild was far from straightforward, bumps in the road were frequent, but the recovery went up several notches under Steven Gerrard. The Liverpool legend raised standards, and he rebooted and transformed a club aimlessly drifting.

Legacy issues from the previous regime appear to have been settled this year, allowing the club to finally shut the door on a traumatic recent past. A Europa League final appearance in May demonstrated Rangers’ size and power to a new generation, and securing a Champions League group-stage berth this season would further enhance the club's ever-improving reputation.

Ten years on from being a football club without a license or a league to compete in, Rangers are again attempting to mix it with the cream of Europe.