Joe Shorrocks has gone from fringe first-team player to an integral part of Adrian Lam’s match day 17 this year.

The multi-talented utility forward featured seven times for the Warriors in 2020, having made his Betfred Super League debut the previous year. But this season Shorrocks had featured in every single Wigan game. Not only that, but he has played in a variety of positions, including two he’d barely played before.

“At the start of the year I just wanted to try to play as many games as I could,” Shorrocks explains.

“To have been involved in every game so far, for me personally it’s been really good for my development, and I want to keep doing that through to the back end of the year.”

Shorrocks has relished his versatile role in the squad and believes it will help his long-term development.

He says: “I knew I could play loose forward or back row, but I’ve played a couple of times at centre as well, and in recent weeks at hooker after Sam Powell got a head knock.

“It’s wherever the team needs me, I just try and do my best to help the team.

“I played a bit of hooker for England academy for 10-15 minutes, but apart from that I hadn’t played there or centre before.

“Hooker’s not what I’m used to - I’m used to getting the ball in my hands and passing or carrying it, not being behind every play-the-ball.

“But I’m getting a bit more used to it in training now and hopefully I can continue to improve wherever I’m playing.

“Playing different positions can only benefit me and the team. If somebody goes down then it helps having a player like me that can fill in one of four positions.” 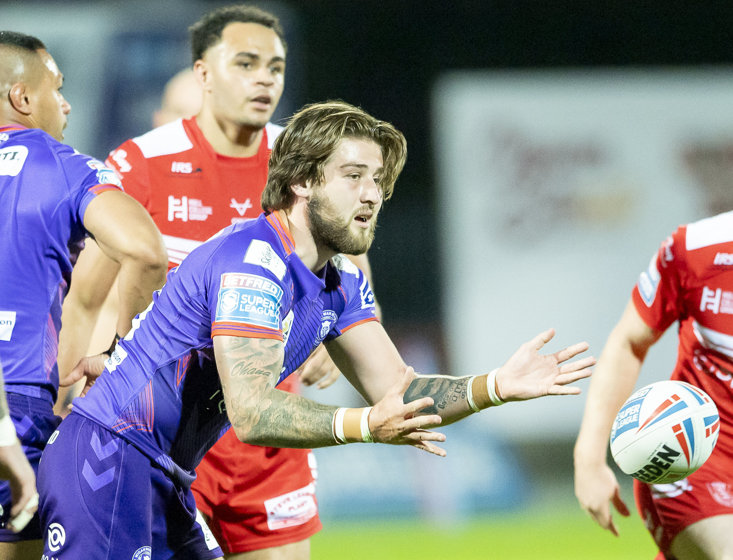 SHORROCKS HAS BECOME A KEY UTILITY PLAYER FOR ADRIAN LAM

It should be no real surprise that Shorrocks can turn his hand to more than one role in the team, given his sporting background.

The 21-year-old spent several years on the books at Preston North End as a centre-back, as well as a summer in Lancashire cricket’s development squad.

But when it came to his long-term future, he put rugby before the round ball game, and it’s a choice he doesn’t regret.

“It was a tough decision to quit football and focus on a scholarship at Wigan,” he admitted.

“I had to think about whether I’d stay at Preston and go to college up there, or give it all up to pursue a career in rugby because I couldn’t do both.

“But I think I made the right decision in the end.”

Now his focus has turned to a first Dacia Magic Weekend appearance - and righting a couple of wrongs against rivals Warrington.

He added: “We’ve not beaten them this year and we need to improve on our last two performances against them. Hopefully we can get the win and that will stand us in good stead for the rest of the season.”