Tennis
News
Here are the big hopes left in the singles draw after a string of high-profile exits
Hector Nunns
10:31, 01 Jul 2022

With defending champion Ash Barty having retired and Naomi Osaka pulling out with injury having previously said she was unsure about participating due to the lack of ranking points, this year’s women’s singles at Wimbledon was from the start going to be without some of the genuine mega-star quality in the ranks.

The surprise decision of the 40-year-old legend Serena Williams to take part redressed that, but the winner of seven Wimbledon singles titles and 23 in total at the slams was an early casualty in round one to France’s world No115 Harmony Tan.

And the home teenage sensation and reigning US Open champion Emma Raducanu, hit with another niggling injury shortly before the event, lasted only a round more before going out to Caroline Garcia.

The unheralded No2 seed Anett Kontaveit of Estonia, former champion Garbine Muguruza, last year’s finalist Karolina Pliskova and this year’s Australian Open finalist Danielle Collins had all exited the draw before the start of the third-round stage this year.

So, we ask – who are the main contenders in the last 32 for the women’s title this year and who could stand in their way?

The clear and red-hot favourite remains Swiatek, the 21-year-old from Poland who has swept all before her this year. After Barty’s shock retirement Swiatek has not just inherited the world No1 ranking, but proved beyond any question she is the deserving recipient of that tag by winning an incredible 37 matches in a row, a run that saw her claim a second French Open title on the clay. The only question mark is the surface. Swiatek has not been beyond the fourth round on the Wimbledon grass, and had a sticky spell showing a slight vulnerability in her second-round match – losing a set to world No138 Lesley Lattinama Kerkhove of the Netherlands.

Of the former champions left in at the third-round stage, Angelique Kerber and Simona Halep will both still be harbouring ambitions of a second title – while Kvitova is chasing a third.

The Czech Republic’s big-hitting serve and volleyer Kvitova, now 32, has been in excellent recent form on the grass, and won the WTA warm-up tournament at Eastbourne to arrive in the best spirits and with confidence duly boosted.

She plays the No4 seed Paula Badosa for a place in the fourth round, and that would match the furthest the higher-ranked Spanish clay-courter has ever been at Wimbledon. A win for Kvitova would be no shock – but Badosa, 24, has impressed, only dropping eight games in the first two rounds after a bad loss to Britain’s Jodie Burrage on the south coast. 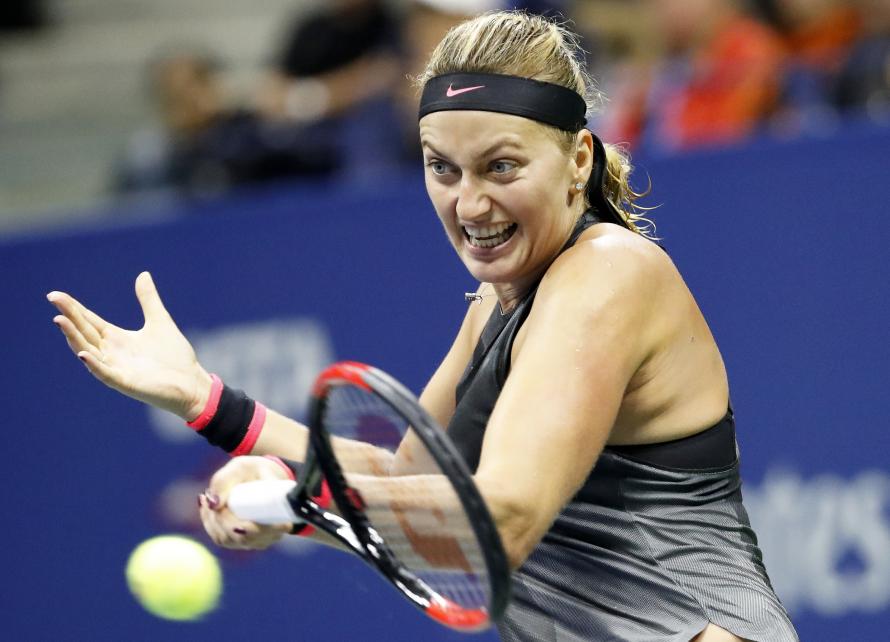 Former world No1 Halep, 30, who won the title in 2019 and controversially did not get the chance to open up on Centre Court on the first Tuesday having missed her chance in 2020 due to Covid, suffered a bad calf injury in 2021 and due to missed events and recovering her form she is seeded only 16. Halep faces Poland’s Magdalena Frech, who took out the in-form seed Camila Giorgi in round one.

Germany’s wily and experienced left-hander Kerber, now 34 and champion in 2018, is meeting their scheduled seeded opponent in the form of Belgium’s Elise Mertens in the last 32 in what should be a keenly contested affair.

Like Badosa, No3 seed Ons Jabeur and No5 seed Maria Sakkari owe their high rankings and seedings more to consistency over the last two years and performances on other surfaces than the grass at Wimbledon – though Tunisia’s Jabeur did win the recent Berlin event on grass, a tournament in which Greece’s Sakkari got to the semi-finals. Along with Kerber they are in the bottom half of the draw, and Jabeur – who next plays France’s Diane Parry - and Kerber could meet in the last 16.

Sakkari, if she can deal with with Germany’s world No103 Tatjana Maria, could be up against Jelena Ostapenko in the last 16 if the fiery former French Open winner from Latvia with the huge ground strokes can get past Romania’s tricky Irina Camelia-Begu. With Kontaveir gone, opportunity knocks even louder for these players.

The No8 seed Jessica Pegula famously stands to inherit part of a family fortune of billions, with father Terry in the oil business and owner of NFL franchise the Buffalo Bills. She may need the £2million first prize less than some, but is keen to improve on a best ever showing of the third round at Wimbledon, having got to the quarters in Australia and France.

And No11 seed Coco Gauff lurks in the same section as a real danger to Halep and Badosa,. The 18-year-old, who looks very comfortable on the grass, plays fellow American Amanda Anisimova in the third round.