Football
News
Norwich City aren’t expected to get anything this weekend, but that is what makes this game so dangerous for the Arsenal boss
Simon Lillicrap
08:32, 11 Sep 2021

The bottom of the table clash we didn’t expect takes place in the Premier League this afternoon as 20th placed Arsenal host relegation specialists Norwich City. Unfortunately for under-pressure boss Mikel Arteta, he isn’t going to get any praise come 5pm, no matter the result.

If Arsenal win, it will be expected given they are facing a newly-promoted side at home. If they draw, or god forbid lose to the Canaries at the Emirates, the atmosphere will be the most hostile it has been in the 15 years since the doors opened.

The three fixtures so far have been difficult, so three defeats on the spin is not too unexpected. Brentford were boisterous in their first Premier League match and Arsenal were weakened by the absence of Pierre-Emerick Aubameyang and Alexandre Lacazette, as they crumbled under the pressure.

They were expected to lose to title challengers Chelsea and Manchester City and duly did, but their pathetic performance at the Etihad enraged the Arsenal faithful. This is why the Norwich match is so important for the club. There are simply no more excuses for Arteta, and it is now or never for this side. 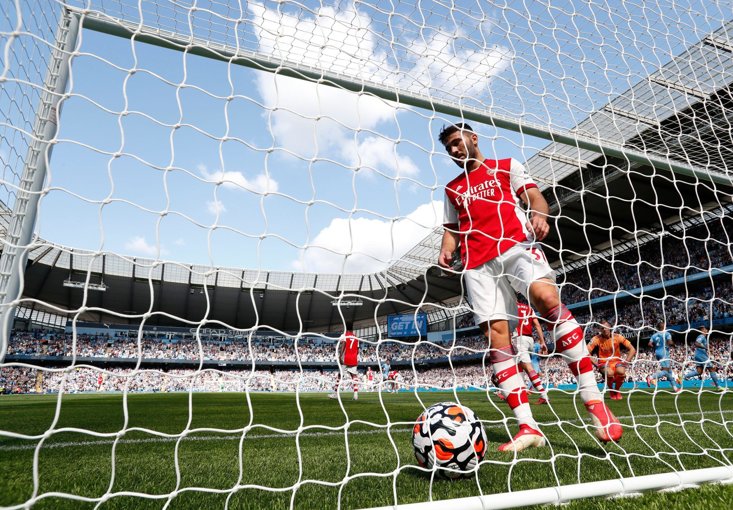 When Frank de Boer was sacked just four Premier League games into a new season, it seemed like a hasty and rushed decision, but Crystal Palace stayed up. If Arsenal lose their first four, they will also be chucking away the long-term plan they have attempted to build in the transfer window this summer.

“We have tried to explain the project and the decisions that have been made over the last few months,” Arteta said ahead of the game.

“The amount of changes that happened in the past three years is almost 30 players. We have all participated trying to create and build this project, obviously led by the owners. It is a project we believed in, that we have to assemble, as it is the option that is the best for the future of the football club and we all take responsibility, because we’ve all been involved in the decision. Now we have to make it work.”

The last sentence is key. He has to make it work, otherwise the project will continue without him. He is struggling to put into practise the lessons Pep Guardiola taught him, and if he doesn’t beat Norwich, he is likely to be dismissed.

Club legend David Seaman has also told TalkSPORT just how big a game this is for his former side.  “This is where we are at the moment and it’s a massive game now, I’m glad it’s at home because if it was away it would be a really tough game, the pressure of the fans at the Emirates will tell. There will be some major pressure going on if Norwich do score first.”

We’ve seen some chaotic scenes on AFTV in the past, but the outrage will reach a whole new level if the Gunners fail to win. It’s Norwich, the perennial strugglers of the Premier League, who aren’t expected to get anything this weekend. But that is what makes this so dangerous for Arteta.