Football
News
Has Ronaldo bitten off more than he could chew returning to Old Trafford?
Andrew Dillon
13:55, 08 Jul 2022

More than 1,000 goals from more than 1,000 games as a professional points to a player who has followed a determined path to the top of the game. The danger is there tends to be a direct relationship between success and self-worth.

Ronaldo’s ego has become more and more apparent the further up the ladder he has climbed since that first step onto the big stage joining Manchester United 19 years ago. He has always fought a battle against pride and now we are seeing the results of him losing it.

The current standoff with his bosses at Old Trafford is the end result of the moment Ronaldo finally bit off more than he could chew by re-signing for the club where he became a global star.

Staying at home for family reasons while his team-mates embark on a mammoth tour of Australia and Thailand is a huge blow to his club.

Personal problems should always be respected and even global superstars are not immune to difficulties on the domestic front. The problem is that too often ‘personal problems’ has too often been a cover-all for players who want to leave.

Given that Ronaldo told his bosses that he wants out some weeks back it is reasonable to make this assumption in this instance even if there are genuine issues. But the dilemma now facing Ronaldo and Manchester United is the pinch-point from a course set less than 12 months ago when a deal was struck to bring the celebrated Portuguese forward back to his roots in England’s north west.

When Ronaldo left in 2009 to join Real Madrid for a then world record fee of £80million, it was because they offered the only step up from Manchester United. Alex Ferguson had just clinched a third successive Premier League title. A year before they had won the Champions League. Only Madrid offered a bigger spotlight.

When he returned last August, the old place was dowdy and downbeat. Ole Gunnar Solskjaer was the fourth manager in eight years.

A former striker at the club himself, Solskjaer had gone back and it was never an easy fit. No matter what he achieved, the Norwegian who won Man Utd the European Cup in 1999 on the pitch, was fighting scepticism that he was up to the job.

Ronaldo’s problem was that he thought he could turn things around himself. 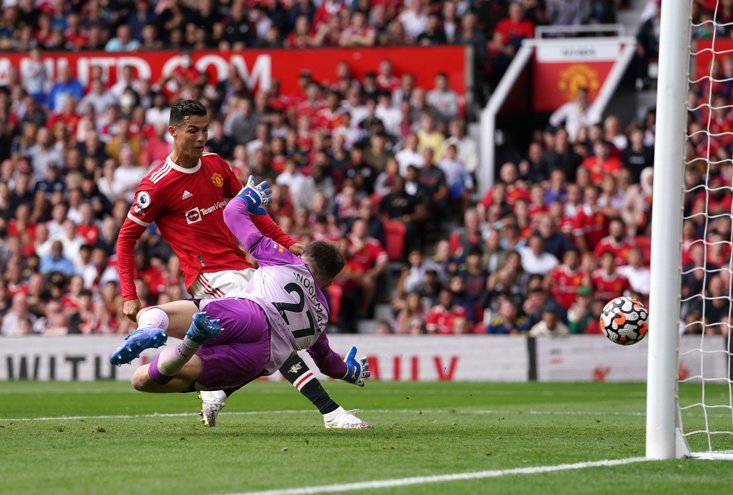 He has won countless games for clubs and country with remarkable last-gasp free kicks, acrobatic finishes. A one man wonder show who can turn defeat into victory with one swipe of his foot. But that is different to rescuing an entire club that is embattled from top to bottom with a deteriorating reputation, a ramshackle transfer policy and owners despised by the root and branch supporters.

Not even Ronaldo is capable of carrying a crumbling empire on his shoulders.

The temptation was too great to resist. The fact it seemed impossible was probably the decisive factor that made him accept the challenge. And Man United were too desperate to revive old glories to see the same reservations other teams were having about a true superstar turning 36 years old.

He did his bit. Ending the season with a different manager to the one he started with but finishing as the club’s top scorer with 18 Premier League goals. Twenty four in all competitions.

The vast wages and the baggage that go hand in hand with signing Ronaldo now outweighs the benefits of having him in the dressing room.