Football
News
Both Celtic and Rangers have had mixed fortunes domestically and abroad over the past week
Graham Semple
11:05, 22 Feb 2022

From delirium in Dortmund to despair in Dundee – it has been four days of contrasting emotions for Rangers.

An outstanding midweek display against Borussia Dortmund, one of the club’s greatest European results this century, was followed by a Sunday of irritation in the City of Discovery.

Another domestic failure dampened the excitement generated from a memorable evening in Western Germany. Since returning from the winter break, Rangers have let a six-point Premiership lead become a three-point deficit - and they continue to look vulnerable on their travels.

At Signal Iduna Park, Rangers exploited Dortmund’s high-line, capitalised on their weaknesses on the flanks and took advantage of defensive frailties at set-plays. It was a near-perfect performance and one for the supporters to treasure just days after the tenth anniversary of the club’s financial implosion.

Over the last four seasons, Rangers have often saved their best for the Europa League. Steven Gerrard cultivated a style that was effective in continental competition, and although Giovanni Van Bronckhorst has tweaked the system, the blueprint has remained largely untouched.

The euphoria of Dortmund quickly faded as the champions, once again, encountered difficulties against Dundee United. The Terrors defended valiantly, were fortunate with refereeing decisions, and Rangers struggled to turn territorial superiority into the three points they craved. 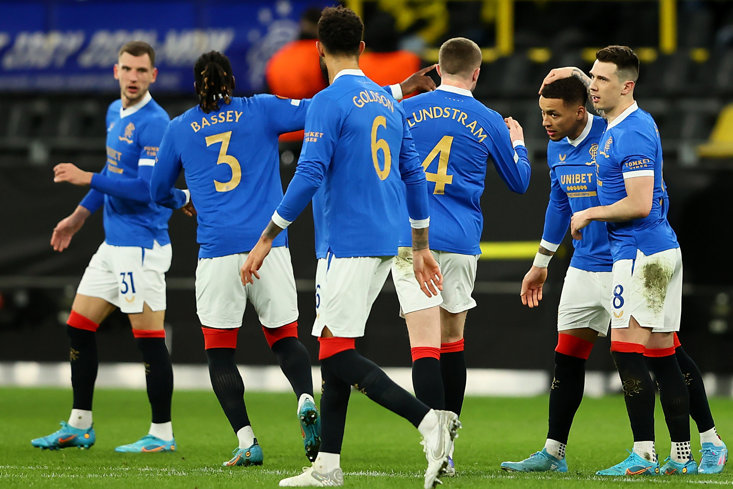 Thirty shots fired in the direction of Benjamin Siegrist, just one nestled beyond him. The second-half display was strong, yet the outcome familiar. Rangers were unnecessarily cautious against Aberdeen, Ross County and Celtic, and while Van Bronckhorst appears to have learned from previous mistakes, his side continues to haemorrhage points.

Sunday’s trip to Tannadice looked to be the ideal opportunity for Aaron Ramsey to make his first league start; however, he was unavailable due to a minor knock. January loan signings are needed to make an immediate impact in a fraught title race, yet the Welshman has been at Ibrox three weeks and not made a meaningful contribution.

In stark contrast, Celtic’s January signings continue to make positive impressions. Reo Hatate was the star performer in the Old Firm derby, and Daizen Maeda has found the net with regularity. Giorgos Giakoumakis, a summer recruit, endured a torrid first six months but is beginning to prove his worth. The Greek bagged a hat-trick against Dundee - including an 86th-minute winner - showing why he was the top goalscorer in the Dutch Eredivisie last season.

Late goals have become synonymous with Ange Postecoglou’s side. Ross County, Dundee United and Dundee have all suffered last-gasp anguish against the league-leaders - and Celtic continue to find ways to overcome compact and resolute defences. Their play is not as intricate and fluid as earlier this month, but tellingly, they are still finding ways to eke out victories in the manner of champions.

As Celtic revel in domestic bliss, they are once again enduring turbulence in the European arena. A surprise 3-1 defeat to Bodo Glimt in the Conference League has pushed them to the brink of elimination. It’s 18 years since The Hoops last won a post-Christmas knockout tie, and the dismal run looks set to continue.

Celtic’s latest European woes are partly due to a poor team selection. The Hoops midfield, as has frequently been the case in continental competition, lacks defensive discipline - and they struggled to cope with the efficiency of the competent, if unspectacular, Norwegians.

Regardless of the quality of the opposition, Celtic rarely alter their approach. It serves them well domestically but frequently leaves them exposed against higher calibre teams in European competition. They conceded 15 goals in the group stages of the Europa League, and their vulnerability was again evident against the Scandinavians.

Momentum appeared to be with Rangers after an unforgettable evening in Germany, but Celtic had the more enjoyable weekend after extending their advantage at the summit to three points. Nothing is settled, at home or abroad, and it would be no surprise if the landscape changed again in the week ahead.