Tennis
News
Djokovic can make history if he beats the Russian at Flushing Meadows on Sunday
Kieran Spratt
12:32, 12 Sep 2021

27 matches down, one to go. Novak Djokovic doesn’t want to talk about it but he is just one game away from tennis immortality.

When the history-chasing Serbian takes to the court in the US Open final at Flushing Meadows on Sunday, he knows that if he can overcome Daniil Medvedev then not only will he land a record-equalling 21st title, he will also become the first man to win all four majors in the same year since Rod Laver in 1969.

In fact, given that the Open Era only began in 1968, where professionals could enter the same events as amateurs, victory in New York for the three-time US Open winner means he would replicate what only Graf has done before.

Djokovic stands on the brink of an incredible slice of history but the 34-year-old made it clear in the aftermath of his five-set win over Alexander Zverev in the semi-finals that he doesn’t want to be burdened by what’s on the line for him.

“I’m going for a fourth US Open, that’s all I’m thinking about,” he said.

“I know that people would like to hear me talk about it, but there is not much to talk about. There’s only one match left. All in, all in. Let’s do it. I’m going to put my heart and my soul and my head into that one. I’m going to treat my next match like it is the last match of my career.” 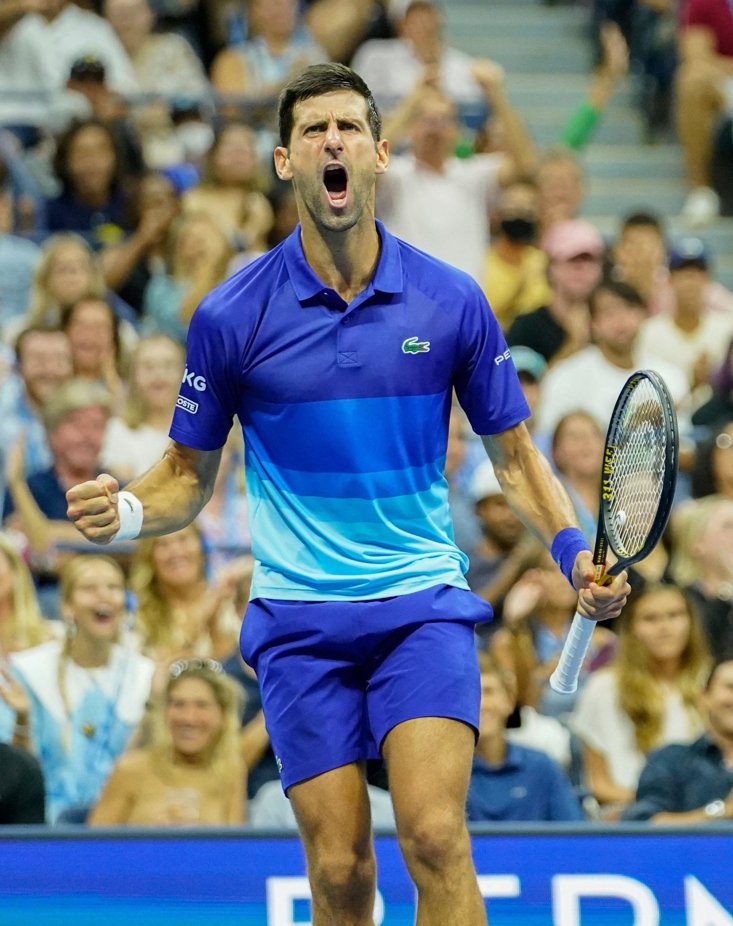 The world number one isn’t the only man looking to make his mark in the Big Apple this weekend though, with Russian second seed Medvedev in imperious form, having dropped just a single set in a pretty much trouble-free run to the final. Djokovic likewise has won just one of his ties in straight sets.

If he pulls off a monumental upset, it will be a case of third time lucky in Grand Slam finals for the 25-year-old, having been beaten by Rafael Nadal in the US Open in 2019 and by Sunday’s opponent in the Australian Open back in February. There’s no question that Medvedev’s stock has been steadily rising over the last few years but the Moscow-born star has never beaten Djokovic over five sets and will need to put in the performance of his life to stop one of tennis’ greatest ever stars.

Djokovic is unsurprisingly the heavy betting favourite at 4/11 with Betfred, while Medvedev is currently 2/1. If the great Serbian wins like he’s expected, it will be a remarkable moment in the sport’s history.

x
Suggested Searches:
Manchester United
Liverpool
Manchester City
Marcus Rashford
Premier League
More
tennis
Daniil Medvedev Leads Russian Tennis Federation to Davis Cup...
Daniil Medvedev brought an extraordinary personal and team year of success to an end by leading the [ ... ]
tennis
WTA Pull Women’s Tennis Tournaments From China Over Peng Shuai...
The governing body of women’s tennis sent the strongest possible message to Chinese authorities [ ... ]
tennis
Johanna Konta Retires Having Carried The Baton For British Tennis
Johnna Konta, the former British number one and Wimbledon semi-finalist, has called time on her tennis [ ... ]
tennis
Great Britain Lose In Agonising Fashion To Germany In Davis...
Great Britain saw their Davis Cup hopes dashed in Innsbruck on Tuesday night in agonising fashion as [ ... ]
tennis
Salisbury And Skupski Take GB Into Davis Cup Quarters After...
Great Britain clinched their place in the Davis Cup quarter-finals on Saturday afternoon with a hotly-contested [ ... ]
tennis
Cameron Norrie And Dan Evans Get GB Davis Cup Campaign Off To...
Great Britain got their Davis Cup campaign off to a winning start on Saturday by taking the opening [ ... ]
tennis
Zverev Wins ATP Finals Title To Cap Incredible 2021
Alex Zverev stormed to a second ATP Finals title in grand manner, beating world No2 and defending champion [ ... ]
tennis
Garbine Muguruza Becomes First Spaniard To Win WTA Finals
Garbine Muguruza is the first Spanish woman to win the WTA Finals end-of-season tournament after a straight [ ... ]
tennis
Norrie Ready For First Clash With Djokovic Despite Opening Defeat...
After receiving a late call-up as an alternate for his debut appearance at the glamorous ATP Finals, [ ... ]
tennis
WTA Finals SF Preview: Debutants Seize Their Moment In Mexico
The WTA Finals debutants have certainly grabbed their opportunity this year. From the semi-final line-up [ ... ]
tennis
Is It Time For Roger Federer To Consider His Retirement From...
Roger Federer is not only one of the greatest tennis players of all time, but one of the greatest athletes [ ... ]
tennis
ATP Finals Preview: Novak Djokovic Bidding To Match Roger Federer...
No London, no Roger Federer, and no Rafael Nadal – but the Nitto ATP Finals in its new home of [ ... ]
tennis
Raducanu’s Promising Partnership With Beltz Will Add Stability...
She promised that she would have a coach in place by the end of the year and now it is confirmed, with [ ... ]
tennis
Djokovic Eclipses Sampras, But Why Isn't He Loved Like Nadal...
Novak Djokovic just can’t stop breaking records as he looks to eclipse the fellow greats of this [ ... ]
tennis
Australian Open Up In The Air As Host Nation Remains Divided...
The Australian Open is just under three months away and there is still doubt over what is going to happen [ ... ]
tennis
Emma Raducanu Needs Patience And Breathing Space To Reach Full...
Despite having already won a Grand Slam title, rising tennis star Emma Raducanu has stressed that [ ... ]
tennis
Another Brilliant Brit: Cameron Norrie Achieves Career High...
This is truly a unique moment in modern British tennis. Just five weeks on from Emma Raducanu’s [ ... ]
tennis
Raducanu Needs To Tread Carefully In These Early Days As Tennis'...
After falling at the first hurdle in Indian Wells last week, tennis’ golden girl Emma Raducanu [ ... ]
tennis
Cameron Norrie Sets Novak Djokovic Target After Breakthrough...
Cameron Norrie is flying this season. Now into his first ATP 1000 Masters quarter-final, in which he [ ... ]
tennis
Zverev Provides Andy Murray With A Litmus Test As Part Of His...
Sir Andy Murray has been one of Britain’s greatest athletes of this generation and while his achievements [ ... ]
tennis
How The Rest Of 2021 Is Shaping Up For US Open Champion Emma...
Everybody wants to watch Emma Raducanu. In the space of just a few months she has gone from relative [ ... ]
tennis
Media And Ex-Pros Need To Follow Andy Murray's Lead Over Emma...
The UK is still basking in the triumph of 18-year-old Emma Raducanu at the US Open over a week ago, [ ... ]
tennis
Medvedev Destroys Djokovic's Calendar Slam Dream With Magnificent...
Daniil Medvedev shattered Novak Djokovic’s dream of becoming only the third man ever to achieve [ ... ]
tennis
Relentless Raducanu Makes Sporting History With Sensational...
When Emma Raducanu’s US Open odyssey began against Bibiane Schoofs on 25 August, the only spectators [ ... ]
tennis
Raducanu Vs Fernandez Promises To Serve Up A Historic US Open...
It has been a long time coming but Great Britain has once again got a female finalist in the US Open [ ... ]
tennis
Teenage Sensation Emma Raducanu Rewrites History As She Makes...
The look on Emma Raducanu’s face once she had won match point in her semi-final with Maria Sakkari [ ... ]
tennis
Leylah Fernandez Following The Pep Guardiola Model On Her Run...
Canadian tennis player Leylah Fernandez has been a breath of fresh air at the US Open in New York and [ ... ]
tennis
Emma Raducanu's US Open Performance Proves Incredible Resilience...
England’s brightest young teenage talent was vilified by certain sections of the English media. [ ... ]
tennis
Diamonds Aren’t Forever: We’ll Miss Roger Federer When He’s...
“We can’t fool ourselves: we have not got 10 years remaining of Federer. He is one of the [ ... ]
tennis
Novak Djokovic Is Right, It's Time To Get Serious About Player...
The judgement on player welfare has often been clouded by the amount of money these sporting superstars [ ... ]