WBC champion Tyson Fury insists his proposed December bout with Anthony Joshua is now off. Despite negotiations involving the promoters and television networks being at an advanced stage, Fury plucked a Monday 5pm deadline out of thin air and declared the fight dead. ‘The Gypsy King’ is now using the resultant publicity to try and sell the public on a risible fight with Mahmoud Charr.

This leaves Joshua at a loose end at a particularly pivotal point of his professional career. ‘AJ’ is coming off a second consecutive loss to Oleksandr Usyk. It is his third reverse in his last five fights. The Sportsman have already speculated on Joshua’s next opponent before. But in the wake of the Fury furore it feels more pertinent to look at the broader question of what the Olympic gold medalist does next, both in and out of the ring.

More damaging than Joshua’s competitive 12-round points defeat to Usyk was his actions after the final bell. The Watford star had actually boxed well, much improved from their first bout last summer. Joshua hurt Usyk, particularly in a rapturously entertaining round nine. But his conduct after the scores were read out effectively erased any positives that could be taken from the display.

The incident is well known by now. Viewed millions of times on social media, filtered through the circus mirror of memes. Joshua’s ghoulishly amusing “I don’t know what’s happening there but I know it’s not nice” platitude to Usyk’s country of Ukraine. His throwing of the WBA and The Ring title belts out of the ring. His WWE-via-church theatre group rambling. The way in which ‘AJ’ stomped all over Usyk’s moment in the sun made this garish spectacle even worse than it already was.

Fury’s offer of a fight for the WBC heavyweight championship offered Joshua an unexpected lifeline. After two consecutive title losses, it is very rare for a fighter to get a third world heavyweight title shot in quick succession. History’s closest equivalent would be Andrew Golota, who drew with IBF champion Chris Byrd before losing to WBA titlist John Ruiz and WBO boss Lamon Brewster in three consecutive fights in 2004/05.

This was a rare chance indeed. Not only would ‘AJ’ have a chance at becoming a three-time champion, but he would do so in the richest fight in British boxing. Fury and Joshua have circled each other for years and, despite recent defeats, it remains the biggest fight that can be made in this country. The power of Joshua vs the boxing smarts of Fury. The cocky cool vs the brash arrogance. Two men who have fought through difficult circumstances to rule the heavyweight division. In many ways they were a dysfunctional British version of the Klitschko brothers. Like Vitali and Wladimir, Anthony and Tyson held every major heavyweight championship between them at one point. But like Cain and Abel, these brothers always looked destined to fight. 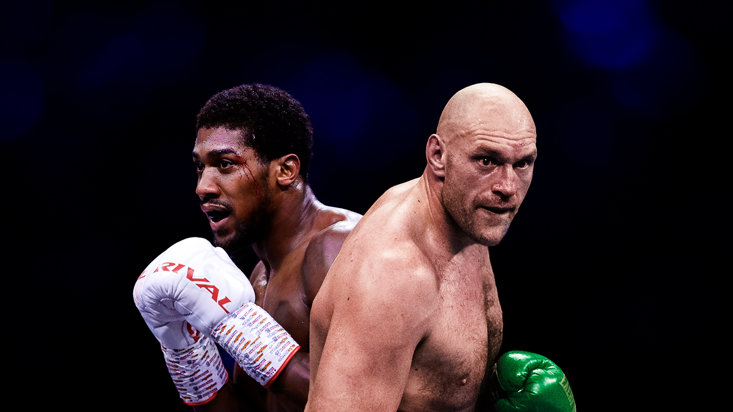 They still might, but it doesn’t look like being now. We know that means Fury will pursue Charr, but where does that leave Joshua. The answer is, to quote Kate Bush, running up that hill. His shortcut to glory has been closed now. There will be no Fury fight for the foreseeable future. There will almost certainly never be a third Usyk bout. So where does the two-time heavyweight king go next, at a point where his public reputation is arguably at its lowest point?

Joshua must rebuild, in and out of the ring. He must regain the trust of supporters who thought he would take over the world, while also earning back trust from those revulsed by his actions against Usyk. ‘AJ’ is a victim of elevated expectations. Had Fury or a similarly flamboyant character, Chris Eubank Jr for example, launched into that rant or thrown those belts we would have expected it. They are the over-the-top personalities that brighten this great but confounding sport.

But ‘AJ’ has been so closely media-managed and marketed since his London 2012 triumph that we have come to see him as something almost non-human. He is the platonic ideal of an athlete. It is far too much pressure to put on any man. He is flesh, blood, feelings and emotions. Not a billboard to sell products or a generic “example” figure to be trotted out, imparting platitudes and faux-inspiration as he goes.

Perhaps Joshua throwing those belts was symbolic. Perhaps he was not throwing the heavyweight championship of the world. Instead, maybe Joshua was throwing away the robotic affectations that have been placed upon him. In his own clumsy way, perhaps Joshua was showing us what it means to be flawed. To be human.

What next for Anthony Joshua? Big fights. Fights that will sell tickets and endless pay-per-views. Exciting ones too, with the heavyweight division as stacked as it has ever been. But those discussions are for another day. Right now, Tyson Fury has freed his rival. No longer does he have to be Anthony Joshua the product. Finally, after a decade, we can see Anthony Joshua the man.