The New South Wales Blues are one course for arguably the most dominant State of Origin series win of all time after cruising to a game two 26-0 victory over Queensland at Suncorp Stadium.

In front of over 52,000 spectators, the Blues managed four unanswered tries in Brisbane to claim their third series victory in four years. The Blues do in fact hold the record for the biggest point margin in a series, when they outpointed Queensland by 62 points in 2000.

21 years later, and following on from their opening 50-6 demolition that saw the Maroons manage just one try to the Blues’ eight, that record looks set to tumble with the advantage already at 70 for Brad Fittler’s (pictured above) men.

After his hat-trick of tries in game one, Tom Trbojevic was amongst the action once again with the third of his side’s four scores. Josh Addo-Carr helped himself to a double with Latrell Mitchell crossing the line in the first half.

Of course, the clean sweep is not yet a foregone conclusion, with the third game still to be played. Should New South Wales complete an expected series shutout, they will become the first side to do so since 2010, when the Maroons were the dominant outfit. 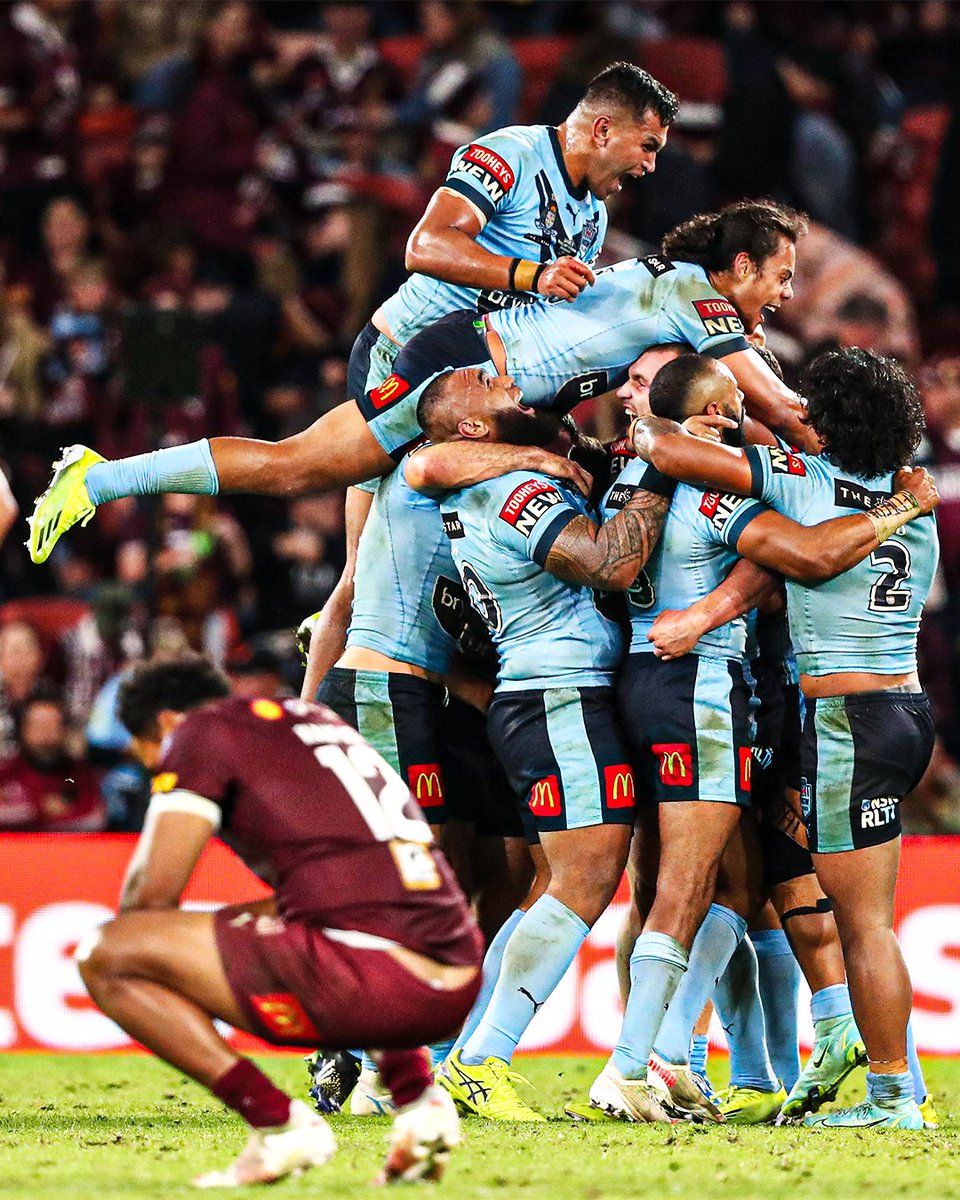 The whitewash isn’t the only thing that is yet to be confirmed, with Sydney’s Covid-19 regulations meaning that the venue for Origin III remains up in the air. In these most uncertain of times, to be able to perform to such a high standard is testament to the ability and professionalism of Fittler’s troops

James Tedesco is the only surviving player from the last NSW side to manage a win inside the Suncorp Stadium, and led from the front with an inspired display.

Clearly keen to make history, the Blues have already become only the third team to claim a State of Origin series win without playing in their home state. In fact, the last time NSW managed such a feat was way back in 1997, and it’s an achievement that isn’t lost on coach Fittler.

“It's pretty rare to get the sweep,” the former Sydney Roosters boss said.

“With the team we've got, there's no reason not to. Especially going back to a home game in Sydney or around Sydney, it would be pretty special to go three-nil and lift the shield in front of our home fans.”

Special it would certainly be, and with Paul Green’s Maroons becoming just the third side in Origin history to fail to register a single point in a game, it is looking like a formality.