Football
News
The Portuguese boss has left the club after four months and one day in charge
Simon Lillicrap
10:34, 01 Nov 2021

Tottenham Hotspur have parted company with manager Nuno Espirito Santo after just four months in charge, following their 3-0 home loss to Manchester United on Saturday. The Portuguese boss exits White Hart Lane having only taken charge in the summer, but this relationship was doomed from the very start.

The saga that involved him getting the job was shambolic in the first place. The decision to get rid of Mauricio Pochettino was bizarre and set the club on a pathway that has seen the club regress from Champions League finalists to a Europa Conference League side that is struggling to stay in the top half of the Premier League.

The Jose Mourinho experiment did not pan out as planned but the decision to sack him in the week before the Carabao Cup final was utterly bizarre. This was a man with a track record of winning major trophies and many thought he would be the man to end Tottenham’s 13-year wait for a piece of silverware.

Ryan Mason’s appointment was one more out of necessity than desire, yet many thought his positive relationship with the players got the most out of the likes of Gareth Bale and Harry Kane, while Dele Alli also came in from the cold. Mason could well come back into the fold in some form, although he is unlikely to get the permanent gig, but Levy’s search for a permanent boss this summer was utterly disastrous.

A whole host of managers reportedly turned them down, as Levy, who is such a difficult negotiator in the transfer window, failed to convince multiple managers that this club was heading in the right direction. Harry Kane’s transfer saga has hung over the club like a grey cloud and the talisman’s poor form this season has massively contributed to Nuno’s departure.

The England captain has been way off the pace so far in the Premier League and his general attitude has irked Tottenham fans, ever since he stated his desire to leave the club in the summer. Whoever the new manager is - with talks reportedly taking place with Antonio Conte - will have to be given assurances in the upcoming transfer windows, including some concrete information on Kane. 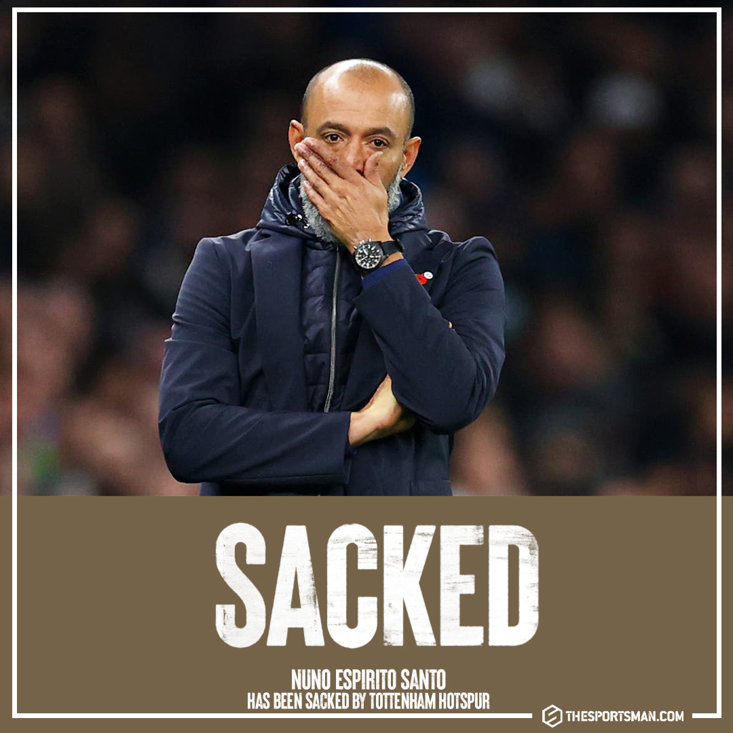 Nuno’s marriage with Tottenham was one of inconvenience and one that has ultimately ended in an acrimonious divorce. He wasn’t the perfect fit for the job, that was obvious as soon as Levy made the decision to bring him in, but unlike at Wolves, he was unable to give this team any identity.

The team simply did not function under his tenureship, despite winning their first three Premier League matches. There was no attacking plan in place with an uninspired Kane causing more solutions than problems and the fans felt what they were seeing, especially against United, was unacceptable.

It seems the boos that rang around the stadium when he decided to take off the lively Lucas Moura on Saturday were the final nail in his coffin. This was a decision that was detrimental to the team, and there was simply no way back for Nuno once the fans had reached this level of disapproval.

Tottenham are now searching for their 15th manager since ENIC took control of the club, but this time - they must secure their top target. Nuno was never the right man for this job, and now Spurs have acted decisively to correct their mistake.