Estaban Ocon has won his and Alpine’s very first Grand Prix after an astonishing race in Hungary, packed full of drama from the first corner, gave us a surprise winner. All eyes were on title contenders Lewis Hamilton and Max Verstappen heading into the weekend but it was the French team who were left celebrating after an inch perfect display saw them take advantage of another crazy start.

Valtteri Bottas had a nightmare start from P2 as both Red Bulls overtook him and Lando Norris squeezed past down the inside. The Mercedes driver then made a huge error, clipping into the back of Norris who then hit Verstappen, as Bottas himself careered into the other Red Bull driver Sergio Perez on turn one - leaving Hamilton leading the race, Verstappen down in ninth and Bottas and Perez both out alongside Charles Leclerc.

The Ferrari driver was sideswiped by Aston Martin’s Lance Stroll as he attempted to avoid a pile up but in doing so he caused another accident in the Hungarian rain. The debris created from that chaos saw the race red flagged and the restart saw even more drama unfold.

As Hamilton lined up in pole for the second start, the rest of the field all pitted, changing onto medium tyres as the track dried up. Hamilton then went from the front to the back of the grid once he eventually pitted as Ocon led the Grand Prix for Alpine, who became the 60th different constructor to lead a Grand Prix in history.

Sebastien Vettel, who secured a podium in Baku with Aston Martin followed him round in second as they targeted their first win while Carlos Sainz looked to get in the mix with Ferrari. Hamilton was left with work to do from 14th, but as ever, he set about the task with huge determination. As Verstappen struggled to pass back markers in his quickly repaired car, Hamilton made his way through the field. 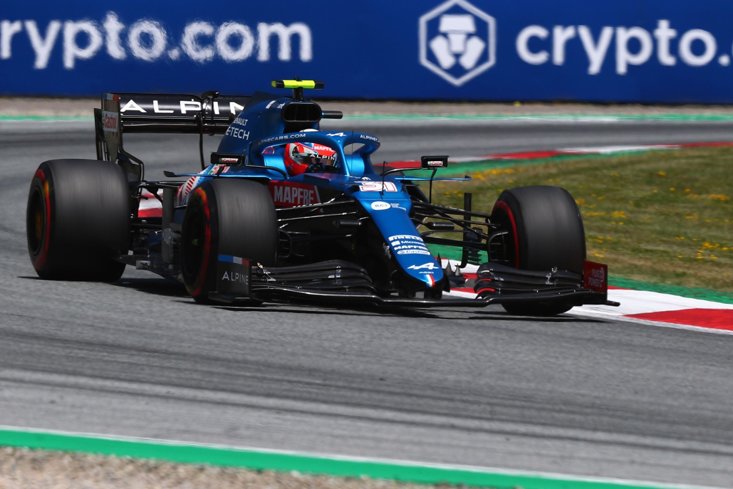 As Ocon pitted, he crucially came out ahead of Vettel while momentarily, for the first time since 2014, 40-year-old Fernando Alonso led a Grand Prix race. Alonso would not win the race, but he would play a crucial part in the latter stages. In fourth place, he fended off Hamilton for several laps with some expert defensive driving as Ocon held onto the lead. The Brit would eventually pass his old enemy but it would be with just five laps to go and that hold up would deny him the win as he took third place on the podium.

Meanwhile Red Bull, who led the Constructors’ Champonship before the weekend, finished without any points at all for the second race in a row, as Hamilton once again leads the Drivers’ Championship after his podium finish.

But this is all about the surprise winner. Ocon, the 24-year-old, held off Vettel with relatively little fuss to win his first race since he won in GP3 in Spain in 2015. His celebration was unreal as he raised his arms aloft while sprinting down the pit lane before embracing his pit crew. If there was ever a season to fall in love with F1, this is it.

What a way to head into the summer break, bring on Belgium!