From Steven Gerrard to Dave King, Rangers have made a point of stating that Alfredo Morelos won’t be, no matter the price, for sale this January. With good reason, the Ibrox side see the Colombian striker, who has scored 28 times in 34 appearances this season, as central to their Scottish Premiership title aspirations.

Such scoring exploits have reportedly made Morelos a target for a number of Premier League clubs, with Aston Villa, Crystal Palace and Everton all believed to be interested in the 23-year-old. A bid of £20 million or more would surely test Rangers’ resolve, but in selling their prized asset they would surely concede any chance of surpassing Celtic as Scottish football’s predominant force.

Celtic themselves are in a similar situation, though. They too boast an exceptional striker attracting admiring glances from the Premier League and around Europe. Indeed, Neil Lennon’s need to keep hold of Odsonne Edouard, the French striker who has 16 goals in 30 appearances this season, is just as desperate as Rangers’ to keep hold of Morelos.

Edouard is Celtic’s man for the big occasion. The big games seem to bring the best out of the 21-year-old, demonstrated by the goals he has scored in matches against Rangers, Cluj and Aberdeen this season. While Morelos sometimes freezes when the spotlight is on him (see his pitiful record against Celtic), the only thing that freezes concerning Edouard is his blood. He is ice-cool in front of goal.

Inside The SPFL
@AgentScotland
Odsonne Edouard scores his 50th goal for Celtic & becomes the 31st player to hit 50 for the club since 1980
He's the 14th fastest to reach that feat in terms of games played & only seven players have did it with fewer starts
He's been directly involved in 77 goals in 79 starts. 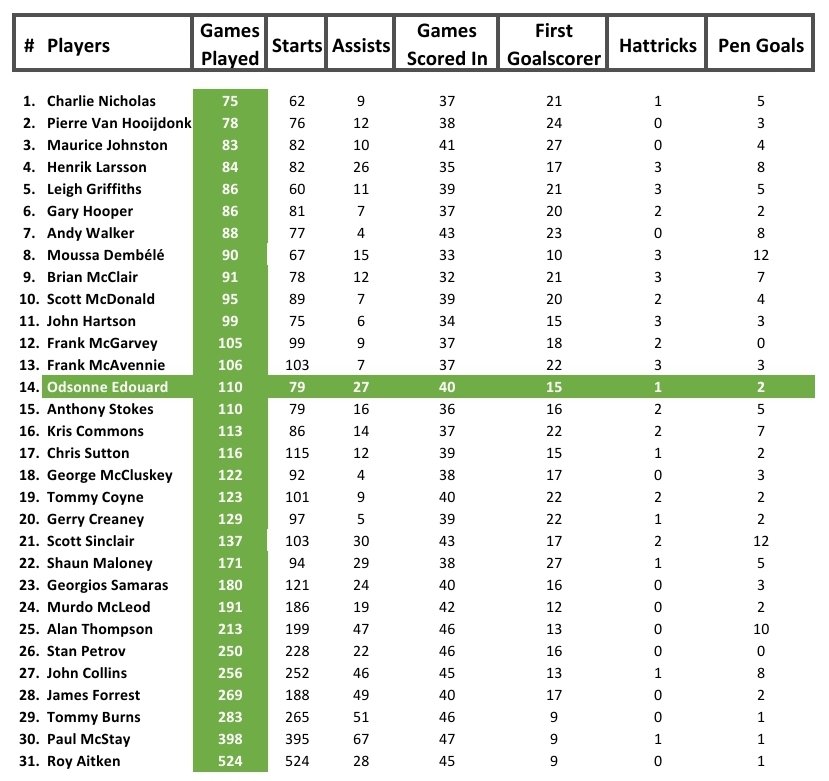 “He is calm and he is going to score a goal,” Celtic defender Christopher Jullien gushed about his teammate after Edouard’s winning strike in the game against Aberdeen. “I told him at the end he should probably have had five or six. But he knows his strengths and we really trust in him. He is one of the best strikers I have played with in the final ten metres. To finish like that after all the chances he missed, to keep that strength of mind, shows how good he is for us.”

The greatest illustration of his importance to Celtic came in the Betfred Cup final win earlier this month, though. The Hoops spent much of the match under intense pressure. They struggled for an out-ball and looked destined for defeat only for a half-fit Edouard to come off the bench and provide the catalyst for a famous victory.

Just 18 months after selling Moussa Dembele to Lyon for £19.7 million, Celtic have another young, French striker with great value transfer market value. But selling Edouard now could grave consequences for the Hoops’ title chances, and therefore for their hopes of clinching a fabled ’10-in-a-row.’ He is just as important to them as Morelos is to Rangers.