Boxing
News
The unbeaten cruiserweight can pick up the WBO world title if he beats Krzysztof Glowacki on Saturday night
Kieran Spratt
19:30, 17 Mar 2021

Lawrence Okolie expects to be spoken to with “an element of respect” if he beats Krzysztof Glowacki for the vacant WBO cruiserweight belt on Saturday night.

A member of Team GB’s boxing team at the 2016 Olympic Games in Rio, the unbeaten Okolie hasn’t put a foot wrong since turning professional in 2017, picking up a cleansweep of cruiserweight titles at Commonwealth, European and British level along the way.

Now Okolie, 15-0 (12), has his sights set on a world title but first he must overcome Poland’s Glowacki, 31-2 (19), and he says he will be “shocked'' if the bout goes the distance, suggesting that youth will certainly be on his side.

Speaking to Boxing Social’s Rob Tebbit on Betfred’s Boxing Show, Okolie said, “I think it’s gonna be interesting. It could either be really one sided in my favour or it could end up being like a tough fight for six, seven rounds and then I think my youth and ruggedness is going to outrugged his ruggedness.

“I personally believe I’ll stop him in this fight and if not, I’ll be shocked.”

Glowacki is no slouch though and represents a tough test for Okolie. The 34-year-old has solid wins against Steve Cunningham and Marco Huck to his name, the latter a stunning Fight of the Year contender in 201, and his two defeats came to Oleksandr Usyk and Mairis Breidis, which there’s certainly no shame in. 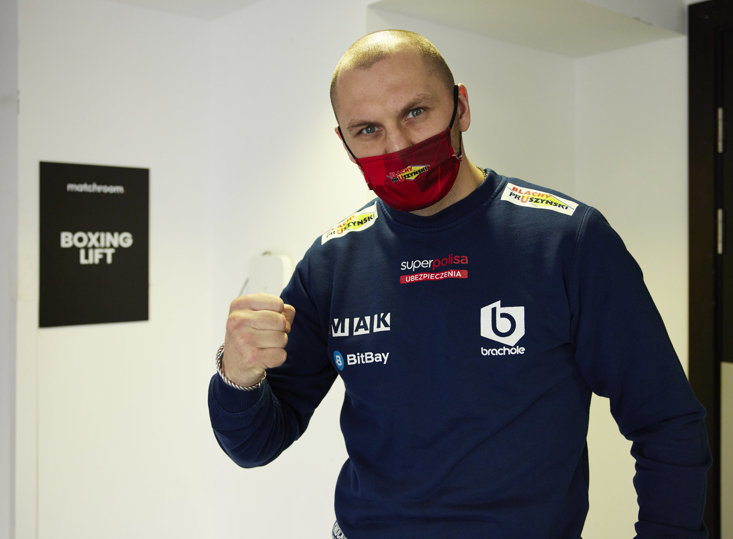 Asked whether he deserves more credit than he’s getting, Okolie says that if he wins on Saturday night, it will be interesting to see whether the respect for him shifts.

“In terms of credit, it’s shifting, obviously with better performances and working with Shane [McGuigan] and stuff, but ultimately the most important thing is winning and after this fight, I’ve won all of the domestic titles and then a world title - so I expect to be spoken to with an element of respect.”

Elsewhere on the card, shown on Sky Sports on Saturday, Chris Billam Smith vs. Deion Jumah will be duking it out for the Commonwealth and British Cruiserweight titles while Okolie’s fellow 2016 Olympians, Anthony Fowler and Joe Cordina, are also both in action against Jorge Fortea and Faroukh Kourbanov, respectively.