Lawrence Okolie makes the first defence of his WBO World Cruiserweight Championship as part of a strong undercard for Anthony Joshua’s unified heavyweight title clash with Oleksandr Usyk on 25th September at the Tottenham Hotspur Stadium. The evening will also feature Callum Smith’s light heavyweight debut and the next chapter in Campbell Hatton’s young career.

Okolie joined a British roll call of 200Ib world champions that includes David Haye, Johnny Nelson and Enzo Maccarinelli, with a six-round destruction of Krzysztof Glowacki. ‘The Sauce’ had waited patiently to face the former two-time champion, the fight having been initially mandated by the WBO in December 2019 before being delayed by the pandemic. Such a dominant display against world class opposition has well and truly signalled the arrival of the Hackney man, and another strong showing could see Okolie back in front of stadium crowds in the future. 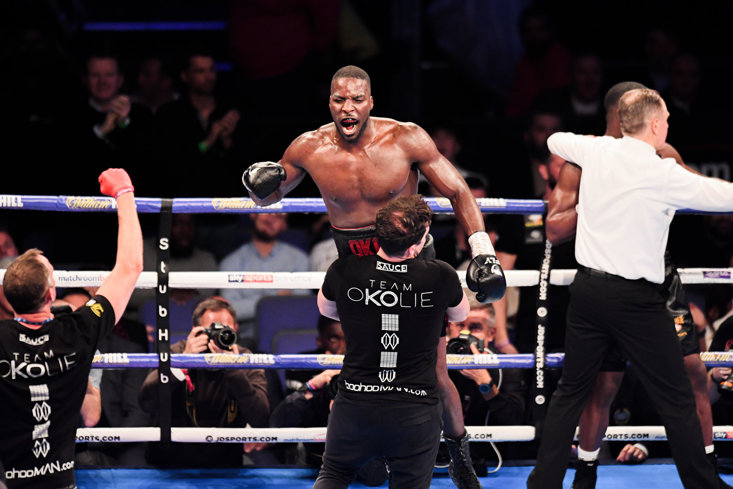 Okolie’s story is one of the most compelling in the domestic sport. He was 17 and working at McDonald’s when he watched Anthony Joshua win Olympic gold in 2012. Inspired, the 19 stone teenager whipped himself into shape and went to a boxing gym. By the next Olympics in 2016, he travelled to Rio as part of Team GB. While he returned without a medal, the change in his health, and his life, was immeasurable.

His opponent is the unbeaten Dilan Prasovic. The 15-0 (12 KOs) Montenegrin has mixed in fairly tame company, but does hold a knockout victory over the decent former WBO European champion Edin Puhalo. Prasovic possesses the power to drastically change a fight, but Okolie has mixed in far superior company and should have the guile to come through this maiden defence of his title.

Callum Smith takes the first step in the second phase of his career as he moves up to the light heavyweight division. After losing his WBA ‘Super’ 168Ib belt to Saul ‘Canelo’ Alvarez, the Liverpudlian has reshuffled his training team. Buddy McGirt comes in to replace Joe Gallagher as head trainer, and will take his charge into battle against former world title challenger Lenin Castillo. There are certainly easier first assignments at 175Ibs for Smith, especially coming off such a comprehensive loss against the great Mexican. However, Lenin has proven himself beatable at world level, with WBA king Dmitry Bivol and Marcus Browne both outpointing the Dominican. Smith should be able to rebuild with a comfortable victory here. 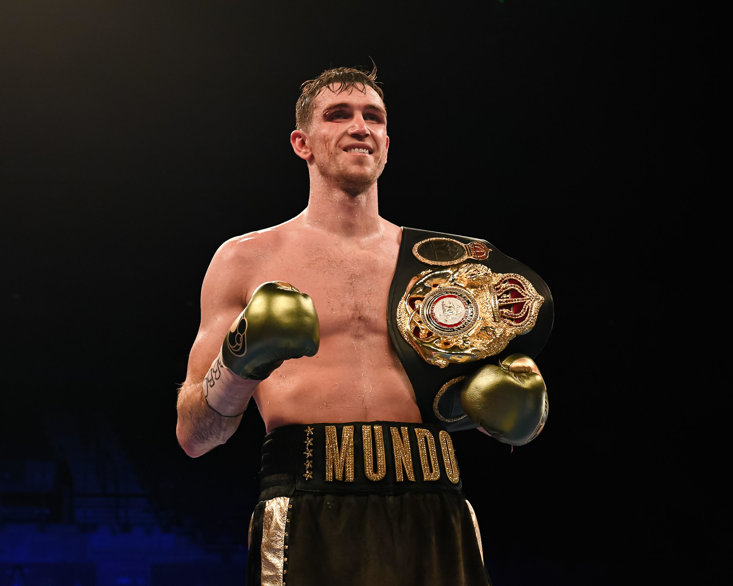 3-0 lightweight Campbell Hatton continues his fledgling ring career when he faces 3-7 Spaniard Izan Dura. The 20-year-old Mancunian is already a featured attraction due to his famous father, the legendary Ricky ‘Hitman’ Hatton, but these early bouts are all about learning for Campbell. Expect Hatton to be moved gradually for a while yet, gaining valuable minutes against journeymen, road warriors and the odd fellow novice as he prepares for what he hopes is a long career in the ring. Dura was knocked out in the opener in his last fight, but his other six losses all came by decision, meaning he could give Hatton some rounds in North London.