If you’re a long-time boxing fan, you’d be forgiven for thinking the abbreviation WBA stands for We’re Bad, Always. Certainly, the World Boxing Association has a lot to answer for. To truly understand their strange and unruly governance of the sport, one need only look at the plight of one of their daftest creations. To truly grasp this messy organisation, you must trace the history of the WBA ‘regular’ heavyweight championship.

The WBA crowns two world champions in most weight divisions, a ‘regular’ champion and a ‘super’ champion. The original germ of this idea came from a suggestion by undisputed heavyweight champion Lennox Lewis. In 2000, the Brit was forced to give up his WBA belt when he chose to defend his unified crown against Michael Grant instead of WBA mandatory John Ruiz. The idea behind the ‘super’ title was that it would come into effect when a WBA champion had unified their belt with that of another organisation, allowing them more leeway to meet their numerous mandatories. The principle itself is sound, but becomes muddied when you take into account what followed. 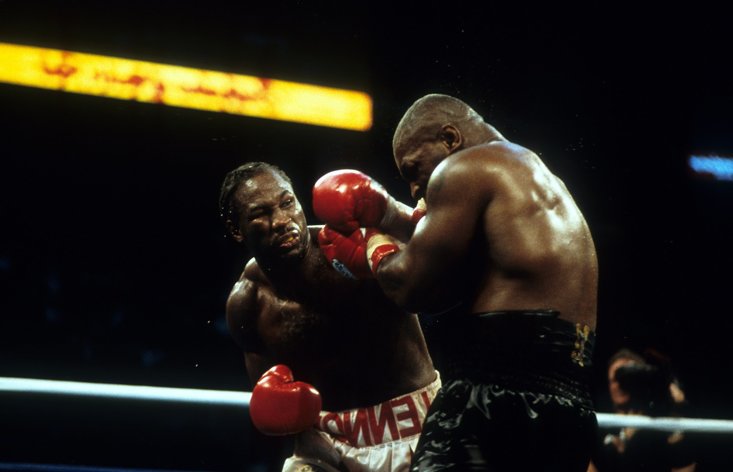 In addition to this ‘super’ status, the Association introduced something called the WBA ‘regular’ championship. In the event of one of their champions unifying and becoming a ‘super’ champion, a separate world champion would be crowned in the same division. The very idea was ridiculous from its conception. In a sport already tarnished by the crowning of four recognised world titleists per division, with the IBF, WBC and WBO also appointing their own rulers, introducing two world titles from the same organisation in a division was ludicrous.

Despite being the point of its genesis, the heavyweight division would have no need of a ‘regular’ champion until 2011. IBF and WBO heavyweight champion Wladimir Klitschko defeated WBA champion David Haye in 2011, thus becoming the first ‘super’ heavyweight champion. Because having the world’s consensus number-one hold your belt isn’t enough, the WBA swiftly minted a ‘regular’ belt, which was won by Alexander Povetkin. Thus began a lineage of stupidity that has run alongside the division’s genuine champions for nearly a decade.

Povetkin would lose his designation after being defeated by ‘super’ champion Klitschko, but he remains the only ‘regular’ claimant to face the main WBA champion during his reign. Ruslan Chagaev won the vacant championship against Fres Oquendo, and after one successful defence he faced Lucas ‘Big Daddy’ Browne. This would produce a bizarre chapter in the history of this spurious title.

Untidy but powerful, Australian Browne pulled off a huge shock when he upset Chagaev by tenth-round knockout. His joy would be short-lived, as the new champion failed a post-fight drug test for the banned substance clenbuterol. However, while the WBA was quick to strip Browne of the title, the result of the fight was not overturned. The win remains on Browne’s record, and he is still recognised as a former WBA ‘regular’ champion.

Chagaev was then stripped of the title the WBA had just returned to him for refusing to pay sanctioning fees. To show how seriously they took doping rules, the sanctioning body then ordered Browne to fight Shannon Briggs for the vacant championship. In the least surprising part of this whole mess, that fight never happened due to Browne failing another drug test.

The next champion was one Mahmoud ‘Manuel’ Charr. ‘Diamond Boy’ outpointed Alexander Ustinov to technically become Germany’s first heavyweight champion in 85 years, though few acknowledged this as a serious achievement considering the belt involved. Proving that they are above the law, even when it comes to their own rules, the WBA kept Charr as champion when he failed a drug test ahead of a 2018 defence against Fres Oquendo. Lucas Browne probably wasn’t best pleased.

In fact, they kept him as champion throughout his subsequent suspension. They eventually relented after over three years out of the ring, and relegated Charr to ‘champion in recess’ status, another designation to go with ‘super’, ‘regular’ and their latest innovation, the ‘gold’ champion. The latter will probably make an article itself one day, such is the pointlessness of its existence.

The idea behind ‘champion in recess’ is that when a fighter ends a long lay-off, he is allowed to fight whoever the current champion is on his return. So of course, Charr was allowed to defend this made-up belt against a 19-0 fighter who has exclusively fought in Mexico, and of whom no footage exists. Christopher Lovejoy was stopped in two bizarre rounds last May, giving the horrific championship the kind of nothing fight it deserves.

While this was going on, WBA ‘interim’ champion Trevor Bryan beat former WBC king Bermane Stiverne for the vacant ‘regular’ belt. If you’re wondering how the WBA crowned an interim belt-holder in the same division as three of its other champions, you obviously haven’t been paying attention. All you need to know is that while the 21-0 Bryan is a thoroughly decent fighter, he has not managed to rise above the toxicity of the damned championship he now holds.

Bryan has seen two potential fights with Charr, presumably to crown a ‘super duper regular’ champion, fall through on visa grounds. Charr maintains the issues are contractual, something promoter Don King fervently denies. Therefore we are left with a situation where Bryan will defend his title against Jonathan Guidry at the end of the month. In an entirely legitimate example of contendership, Guidry suddenly appeared in the WBA rankings last week despite having not fought since August. Considered the 256th best heavyweight on the planet by BoxRec, he makes for a ridiculous challenger, even for this comical championship. 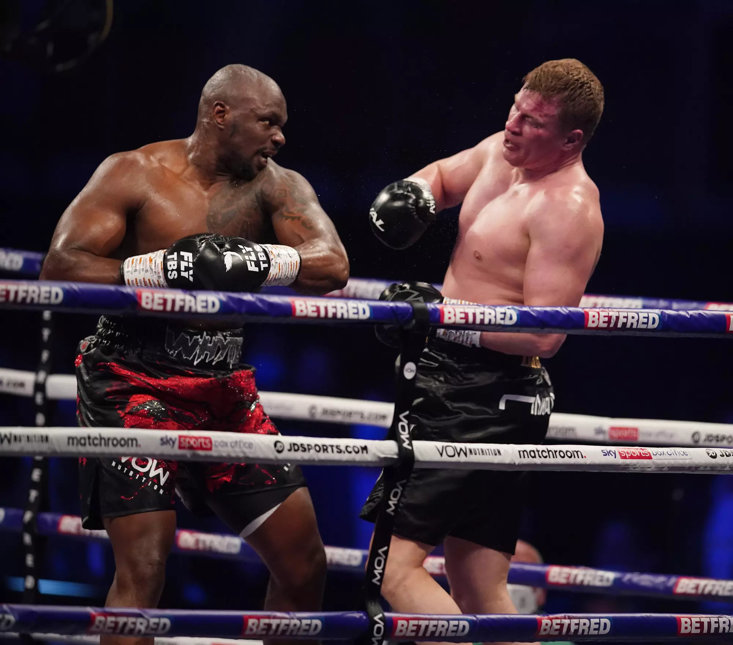 So there it is, the World Boxing Association in microcosm. Now extrapolate this formula out to the nine other divisions that also have a needless ‘regular’ champion alongside their legitimate ‘super’ ruler. Take into account also that the “unified champions automatically become super champions” rule has been bent to accommodate fighters contesting vacant ‘super’ belts without the presence of any other sanctioning bodies involved. Or those fighters having ‘regular’ titles upgraded to ‘super’ for no reason other than to crown a separate ‘regular’ king and collect another sanctioning fee.

No other sport could support this sort of frivolous governance. But then no other sport is structured with the same imbalance between commerciality and sporting merit. Fights are made because they sell, unbound by a rigidly-enforced league table or a single, unimpeachable ranking system. Shysters will thrive while boxing remains structured for them to do so. Unfortunately, the results aren’t always ‘super’ for us ‘regular’ folk who have to watch.

x
Suggested Searches:
Manchester United
Liverpool
Manchester City
Marcus Rashford
Premier League
More
boxing
The Baddest Men On The Planet: Francis Ngannou And Ciryl Gane...
UFC Heavyweight Champion Francis Ngannou will clash with Interim Champion Ciryl Gane this Saturday in [ ... ]
boxing
When Roberto Duran Proved He Was Boxing's Greatest Ever Lightweight
Weeks away from immortalising himself as the greatest lightweight to ever step foot inside the [ ... ]
boxing
Rematch Of 2019’s Fight Of The Year Inbound? Five Boxing Stories...
We could be getting a sequel to 2019’s Fight of the Year, Francis Ngannou is eyeing up Tyson Fury [ ... ]
boxing
Everything You Need To Know About Gary Russell Jr Vs Mark Magsayo
WBC featherweight champion Gary Russell Jr will fight for the first time in two years on Saturday, as [ ... ]
boxing
On This Day: Roy Jones Jr Turns On The Old Magic Against Felix...
Boxers don’t always face off when we want them to. Unlike other sports, where league systems or [ ... ]
boxing
As He Faced The Son He Cast No Shadow: Chris Eubank Jr. Must...
Chris Eubank Jr. takes on Liam Williams in the year’s first big domestic dust-up next month at [ ... ]
boxing
''I Shook Up The World!'': The Moment Cassius Clay Truly Became...
On what would have been his 80th birthday, it is only appropriate to pay tribute to the cultural icon [ ... ]
boxing
Terence Crawford Sues Top Rank, Five Boxing Stories You Might...
It’s been another busy week in the world of boxing which has seen lawsuits, new signings and some [ ... ]
boxing
Heavyweight Frazer Clarke To Make Professional Debut On Khan...
Frazer Clarke will make his professional, Sky Sports and Boxxer debut on the undercard to the highly-anticipated [ ... ]
boxing
War Of The Worlds: When Boxers And MMA Fighters Collide
Boxing and UFC’s world heavyweight champions have been exchanging fighting talk on social media [ ... ]
boxing
Brand New Heavies: There's Big Men Beyond Fury, AJ, Usyk and...
The heavyweight division is as stacked as its been at any point since the 1990s. In Tyson Fury and Oleksandr [ ... ]
boxing
World Titles And Returning Kings: 2022 Could Be A Year Of Welter...
The first big welterweight clash of the year is close to being confirmed, as WBC and IBF champion Errol [ ... ]
boxing
Lawrence Okolie To Move To Heavyweight? Five Boxing Stories...
It’s been a busy first week of 2022 in the world of boxing with Lawrence Okolie looking to mount [ ... ]
boxing
Undisputed Showdown With Fury Would Be Historic Night For Boxing,...
Unified heavyweight champion Oleksandr Usyk could face Tyson Fury in a unification clash instead of [ ... ]
boxing
The Sportsman Boxing Power Rankings: January
The Sportsman Boxing Power Rankings is a monthly series ranking boxers on a number of factors to determine [ ... ]
boxing
Floyd Mayweather Lines Up Exhibition With YouTuber Money Kicks
50-0 boxing icon Floyd ‘Money’ Mayweather is set to return to the ring once again in 2022. [ ... ]
boxing
Ortiz vs Martin Can Prove Boxing Doesn't Have To Be Elite To...
Exciting sport is not solely predicated on the elite meeting the elite. While clashes of the world’s [ ... ]
boxing
Boxing's Biggest And Best Knockouts Of 2021: Featuring Fury,...
It’s been a busy half-year of boxing for me, finally getting back out on the road after the various [ ... ]
boxing
Andy Ruiz Jr Next For Tyson Fury? Five Boxing Stories You Might...
The fights may have slowed down to give everyone a Christmas break, but boxing’s powerbrokers [ ... ]
boxing
The Kings & Queens Of Promise: The Boxers To Watch In 2022
2022 already promises so much on the boxing front. Saul ‘Canelo’ Alvarez is set to move [ ... ]
boxing
Five Fights We Want In 2022: Will We Finally See Fury Vs AJ...
What a year it’s been inside the squared circle in 2021. We saw Saul ‘Canelo’ Alvarez [ ... ]
boxing
Where Are They Now? The 2005 ABA National Championship Winners
The roll call of the 2005 ABA National Championship is utterly stacked with talent. The 119th iteration [ ... ]
boxing
Her Ring Too: Women’s Boxing Set For Bumper 2022 After Thriving...
2021 was a banner year for women’s boxing. We saw thrills and spills, upsets and dominations. [ ... ]
boxing
Make Boxing Day 'Boxing' Again: The Fights To Watch This 26th...
Your internal organs are 60% turkey, your Nan made you watch the Queen’s speech and you had to [ ... ]
boxing
Move Over Die Hard, Rocky IV Is The Ultimate Underrated Festive...
“Is Die Hard a Christmas film?” It’s a debate that has raged and swirled around this [ ... ]
boxing
Jake Paul Vs Former Middleweight Champ? Five Boxing Stories...
Errol Spence will find himself in an early unification fight next year, Triad Combat is somehow returning [ ... ]
boxing
The Sportsman Boxer Of The Year - Saul 'Canelo' Alvarez
It’s been quite a year in the squared circle. Trilogies have reached their brutal conclusion, [ ... ]
boxing
The Sportsman Boxer Of The Year - Number 2: Oleksandr Usyk
It’s been quite a year in the squared circle. Trilogies have reached their brutal conclusion, [ ... ]
boxing
The Sportsman Boxer Of The Year - Number 3: Tyson Fury
It’s been quite a year in the squared circle. Trilogies have reached their brutal conclusion, [ ... ]
boxing
UFC Legends, Boxing Superstars Or His Own Brother: What’s Next...
Jake Paul moved to 5-0 (4) with a sensational sixth round stoppage of Tyron Woodley on Saturday night. [ ... ]