Much is made of Bill Shankly’s legendary impact in transforming Liverpool from a failing second division club to serial winners at home and abroad.

Yet it was Bob Paisley, Shankly’s successor, who proved more adept at collecting silverware than any other British manager past or present.

Born the son of a miner in the County Durham village of Hetton-le-Hole, Paisley arrived at Anfield as a 20-year-old left-half on May 8, 1939 for a £10 signing-on fee and weekly wage of £5.

Wartime service in Egypt and the western desert delayed Paisley's league debut as a Liverpool player until 1946-47.

It was during this campaign that he won the first of 10 championship medals in his various Anfield roles.

Paisley hung up his boots following Liverpool's relegation in 1954 and went on to establish a role as a reserve team trainer and also became a renowned, self-taught, physiotherapist.

He was the perfect foil for Shankly but proved to be more than capable of managing the club himself.

In his first season he led Liverpool to the runners-up spot, but he made amends for what he saw as failure the following year, leading the club to a league and UEFA Cup double.

The following campaign, having retained the league title with consummate ease, the Reds responded to an FA Cup final defeat to Manchester United by becoming European champions four days later, claiming a 3-1 victory over Borussia Moenchengladbach in Rome.

Kevin Keegan then left, but Paisley signed Kenny Dalglish and Liverpool chairman John Smith later remarked: "There's never been a better bit of business than that." 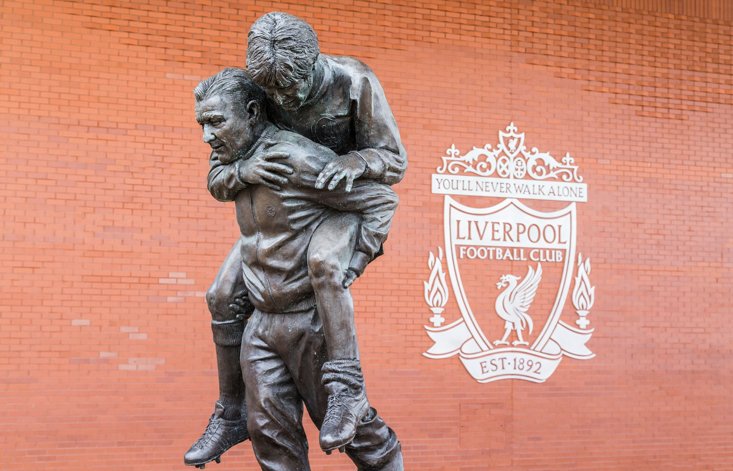 With the help of these players he soared into the stratosphere of managerial achievement by guiding Liverpool to two further European Cup triumphs.

A win over Bruges at Wembley in 1978 saw the Reds retain the trophy while the mighty Real Madrid were the victims three years later in Paris.

Paisley's teams annexed a total of six championships, the most remarkable being in 1978-79 when they emerged with a record 68 points under the old two-points-for-a-win system.

The campaign saw them concede a record low of 16 goals in their 42 games, with 85 goals scored and only four defeats.

He also guided Liverpool to a hat-trick of League Cup successes, failing only to land the FA Cup.

He was succeeded by Joe Fagan in 1983 and died in February 1996, but his place in English football history will be remembered forever.

The Paisley Gates at Anfield are a tribute to his quite remarkable achievements and Dalglish, widely regarded as Liverpool’s greatest-ever player, said: "There was only one Bob Paisley and he was the greatest of them all.

"He went through the card in football. He played for Liverpool, he treated the players, he coached them, he managed them and then he became a director."

"He could tell if someone was injured and what the problem was just by watching them walk a few paces. He was never boastful but had great football knowledge. I owe Bob more than I owe anybody else in the game. There will never be another like him."