On this day in 1987, boxing changed forever, as the last ever 15-round world heavyweight title fight took place. The WBC, WBA and IBF championships were all on the line as ‘Iron’ Mike Tyson took on unbeaten Olympic gold medalist Tyrell Biggs at the Convention Hall in Atlantic City. This being the terrifying 80s iteration of Tyson, he would not require the planned 15 rounds to get the job done. The undisputed champion retained his titles by TKO in the seventh round in a fight with a bitter history.

There was a lasting grudge between the two men stemming from their time as amateurs. Biggs was selected ahead of Tyson at super-heavyweight for the 1984 Los Angeles Games. The Catskill puncher then dropped down to heavyweight, but found making the weight difficult and lost in a pair of box-offs with Henry Tillman. Bitterly disappointed, Tyson still found it within himself to visit the US Olympic team and offer his best wishes ahead of the games. Reportedly, Biggs mocked the teenager, laughing at the fact he would not be joining them on the plane to the Olympics. As would later be evidenced by his Ali-inspired revenge mission against Larry Holmes in 1988, and his first round knockout of box-off conqueror Tillman in 1990, ‘Iron’ Mike could hold a grudge. In 1987, he would get his chance to punish Biggs.

Biggs was relaxed in the build-up, claiming he had seen a side of Tyson that others hadn’t during his fearsome rise to the top of the heavyweight division. In fairness to the Olympic champion, Tyrell had every reason to be confident. He owned impressive wins over gatekeeper extraordinaire James ‘Quick’ Tillis and former world title challengers Renaldo Snipes and David Bey, as well as a unique insight into Tyson’s style. Biggs claimed he had found Tyson easy to hit during sparring sessions when they were younger, and that his skill and mobility would be too much for the champion. The stage was set for an intriguing end to the 15-round era of heavyweight championship boxing.

The Philadelphian made good on his promise to use movement and boxing acumen in the opening round, getting on his bike and trying to subdue the champion with his jab. Tyson turned the tide, as he so often did in his pomp, with a single punch. A bracing right hook busted Biggs’ lip open, once again lending credence to Tyson’s iconic “Everybody has a plan until they get punched in the mouth.” 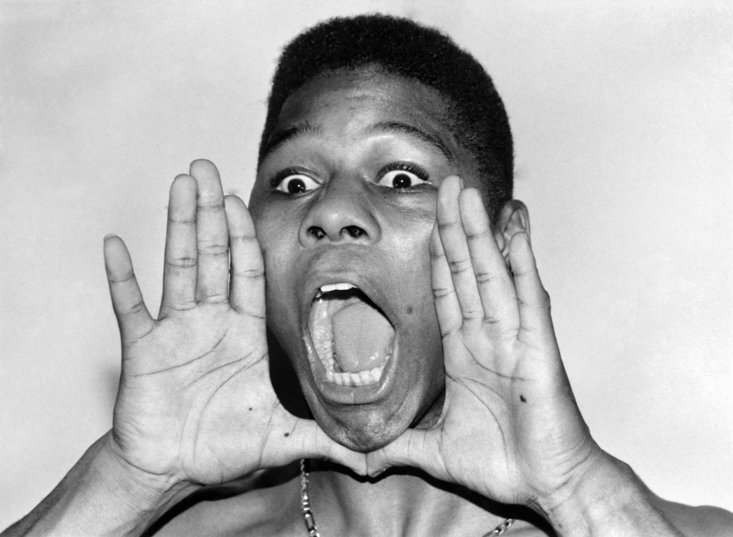 The ritual bloodletting continued in the third, with another thundering Tyson right opening a cut around the battered Biggs’ eye. By now it was one-way traffic, with Tyrell Biggs’ confident pre-fight words floating away like the wisps of smoke ascending to the roof of the Convention Hall. Biggs found himself scrambling around in a place that had become a halfway house for many a Tyson foe, ‘survival mode’. Against this version of ‘Iron’ Mike, you either got knocked out, or lived long enough to lose a lopsided decision. Biggs was straying precariously close to the former.

After coming under particularly heavy fire in the fifth and sixth rounds, matters reached a merciful conclusion in the seventh. With thirty seconds remaining in the session, Tyson nearly sent Biggs clean out of the ring with a punishing left uppercut. The harassed Olympian somehow made it to his feet, displaying the sort of grit and determination it takes to win a medal for your country. The referee would not countenance this gruelling beatdown for much longer though, waving off the fight when a left hook sent Biggs brutally back to the canvas from whence he came. Tyson had his revenge, Biggs had eaten his words, and boxing had its last 15-round world heavyweight title fight.

By the time of his next defence, against Larry Holmes, 12-round championship fights were the universal standard. Not that it mattered much to Tyson, he won that bout in the fourth round, and would never go the distance in a further ten heavyweight championship bouts before retiring in 2005. As for Biggs, he never again looked like the future champion he had pre-Tyson. He was stopped in his next two fights and retired with a 30-10 record. One wonders whether he regrets antagonising a teenage Mike Tyson on the eve of the Olympics.